Welcome to Life Review, a live review section on Aux.Out that looks to expand beyond the access provided by a concert ticket. Today, Drew Fortune returns from this year’s Lebowski Fest, which took place in Los Angeles, CA over the weekend and featured both the man himself, Jeff Dowd, and his silver screen spirit, Jeff Bridges.

As my photographer and I found parking for Lebowski Fest at Los Angeles’ Wiltern Theatre, I counted one Nihilist in a full red jumpsuit, two guys in a makeshift cardboard 1973 Ford Gran Torino, The Dude “riding” shotgun in a Medina Sod shirt. Entering The Wiltern, there was a curious “All Are Welcome” vibe, as strangers would pass by with permanent smiles and drinks, double Caucasians, firmly affixed. The first Lebowski Fest, which started in 2002, was held in Louisville, Kentucky in October 2002 and to date the fest has been held in over 30 cities including Louisville, Los Angeles, New York, Seattle, Austin, Chicago, Milwaukee, and even overseas in London and Edinburgh. The participants, or “Achievers,” as they’re called (and proud we are of all of them), are typically middle-aged, and it’s as if for two glorious nights, Halloween is done right, where women can cast off sexual shackles as the hypersexual Maude Lebowski or dream-induced Viking women. Hard-drinking men in their late 30s and 40s, who probably wouldn’t be caught dead at a con, gleefully don Cardigan sweaters, bad wigs, and forget the big, bad world, at least for a weekend. Wait, what day is this? 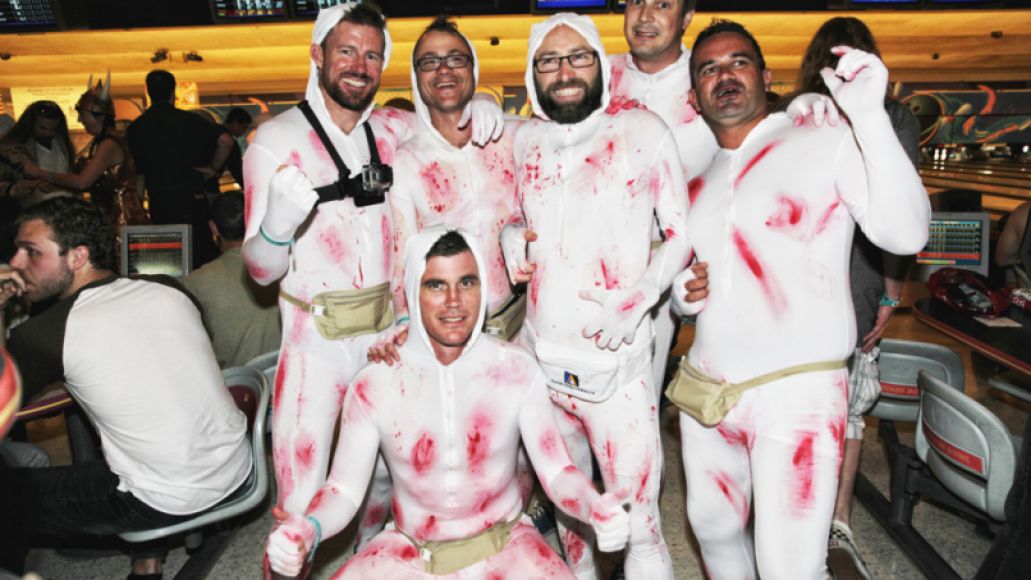 Oh yeah. It’s a rainy Friday, but the Wiltern is sold out. The first thing I’m told is “Get a wristband! There are nine bars!” I think the barker just meant the first floor because everywhere you turned, booze flowed barfly. The Kyle Gass Band opened the night, and their mix of hard working bar cover band turned loose on stage was the perfect setup. Despite some technical problems, the other half of Tenacious D and company ripped through Sugarloaf’s “Green-Eyed Lady”, Exile’s “I Wanna Kiss You All Over”, and a particularly amped version of Queen’s “Don’t Stop Me Now”. It was standing room only by the time we arrived, (those achievers are devoted), so after a quick talk by Jeff Dowd, the man who the Coen’s used as inspiration for the Dude, gave a quick, heartfelt introduction 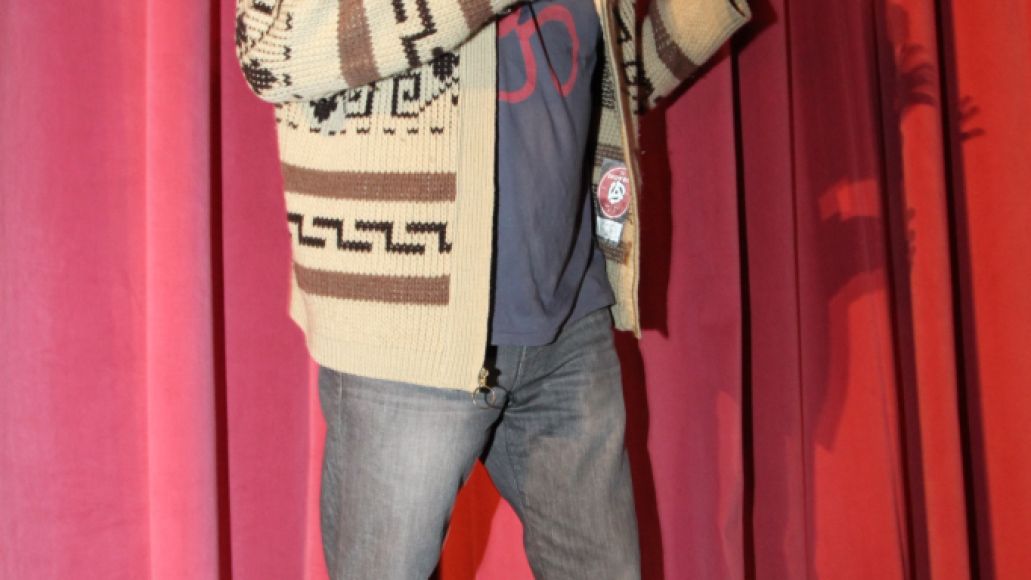 “My Mom, who really tied the room together, died one year ago today,” Dowd said, before kissing his special lady friend for the night Layla. Suddenly, Jeff Bridges and his band The Abiders took the stage. The 30-minute, ramshackle set started with the classic Lebowski opening song, Bob Dylan’s “The Man In Me”. From there, he played several selections from Crazy Heart, giving props to frequent collaborator T Bone Burnett, and fan favorite, the ever-present Creedence (“Lookin’ Out My Backdoor.”) For me, the most touching song was “Dead Flowers”, the elegiac Rolling Stones ballad about giving up on a woman yet holding on for another night. The song sends the film to credits, and I think it’s the Coen’s nod to Easy Rider. The bums might have lost, but there will always be strikes and gutters, and our numbers are strong.

There’s a very fine line drawn in the sand where a piece of pop art stops belonging to the creators, and becomes a fetishistic artifact for the fans. I don’t know anything about bronies, Star Wars I can take or leave, and I’ve only been to one horror convention. I treasure what pop culture I love, but it’s generally a private love, or shared with close friends. Lebowski Fest 2014 was a two-day concert/multimedia/bowling extravaganza devoted to a single film that did poorly at the box office upon its 1998 release, and received mixed critical reviews. 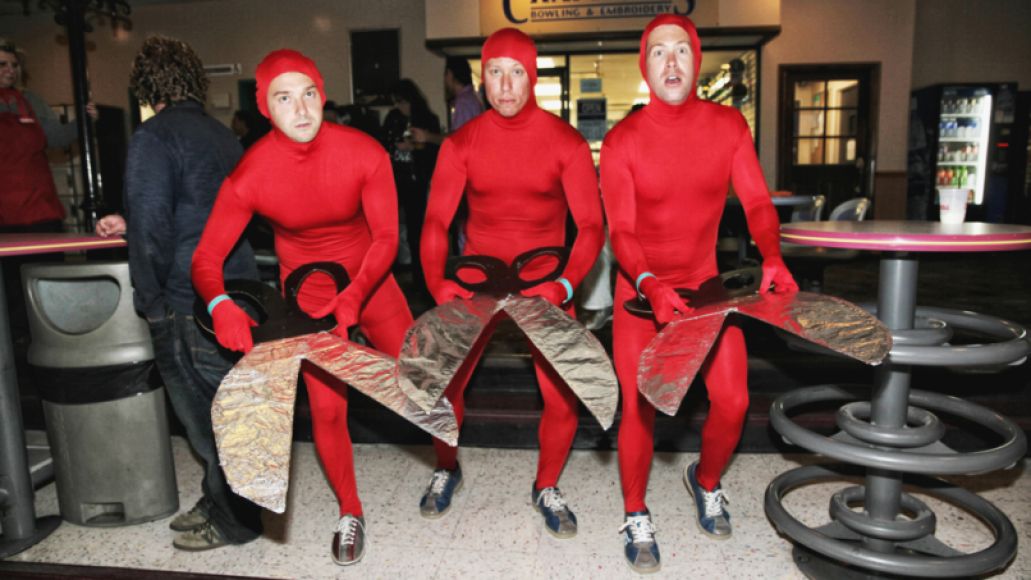 Most cult filmdom is inspired by schlock and a “so bad it’s good” mentality. People laugh at the shoddy production values of ludicrous acting. The Big Lebowski has none of those traits. Nor is the Fest a celebration of the Coen Bros.’ canon of excellent films, and I never heard anyone say, “What did you think of Llewyn Davis?” or “Dude, the Fargo FX show is pretty good!” I’ve been to numerous screenings of The Room, and that’s the closest I’ve seen to fan devotion to a single film, but The Room is lovingly mocked, and not in on the joke. 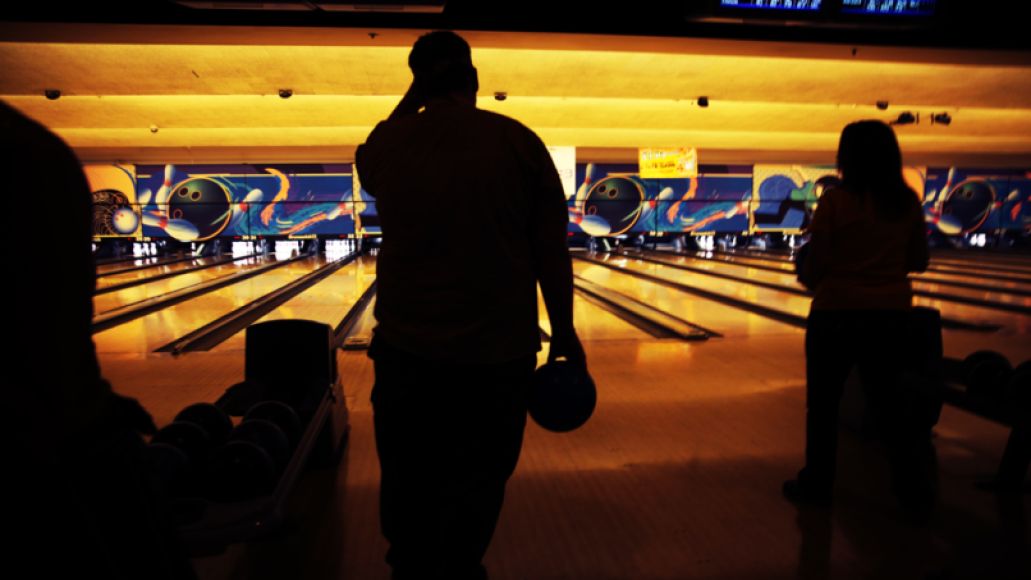 The second half of Lebowski Fest is a celebration to the sport so crucial to the movie and Americana itself: bowling. As I witnessed, the event continued to be irony-free, relatively far from L.A. at The Fountain Bowl in Fountain Valley, CA. Sure, this is the more “peacock” portion of the Fest, but the fun was just people watching with my photographer. Suddenly, Jackie Treehorn was drawing a giant dick on my back with his stationary. There was a guy literally dressed as “A line in the sand.” I met the real Liam, who was in the middle of a game but gushed over how huge this whole thing has become. The weird thing is that it’s not just a celebration of a hilarious film that gives more upon each viewing, but a way of life: The Dude abides.

The film, time and again, has given solace to stoned high school kids, tripping college students, academics, and all social strata, but mostly, the film acts as a brief escape for anyone who feels overwhelmed and trapped in a blue/white collar existence. It’s a celebration of freedom, much like Easy Rider, where coherency and rule adherence are thrown out the window, for a brief chance to live on one’s own terms. The Dude represents the perma-stoned 19 year old, music loving, politically conscious guy in all of us who never grew up. We’d all like to live like him, but who can pull that off? 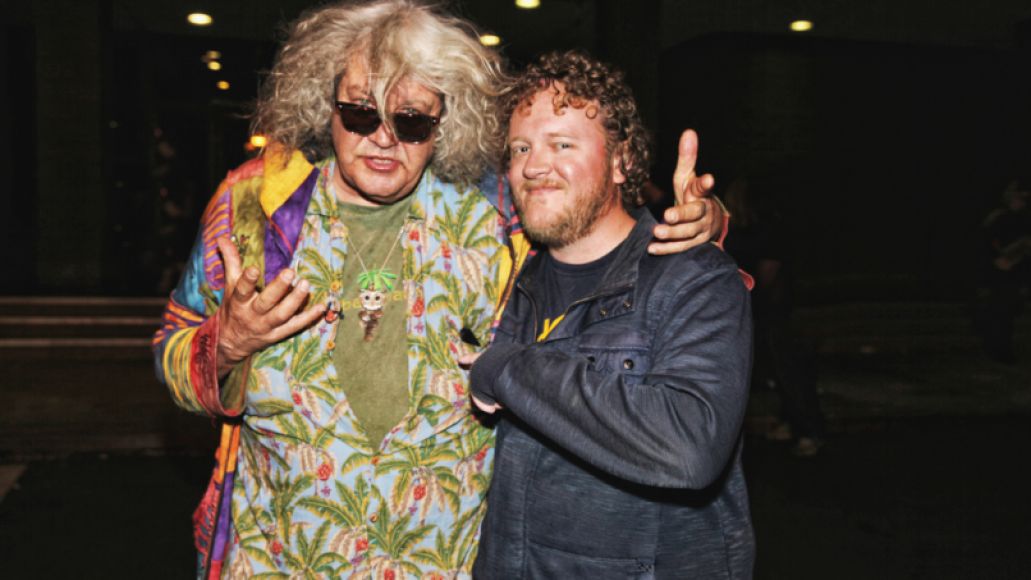 As my photographer and I left the Fountain Bowl that night (there was no chance of getting a lane) we suddenly ran into Dowd in the parking lot. Lord knows what he was drinking from his Styrofoam cup with lid and straw, but he was obviously feeling pretty groovy. After getting approval for a quick question, I asked, “Before you enter this event, what feelings do you have?” He pulled me close, his breath reeking of bubble gum and debauchery.”Just check out how happy people are. This is like Picasso meets Buñuel. It doesn’t get any better than this.” 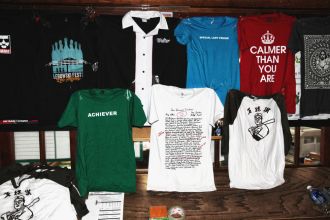 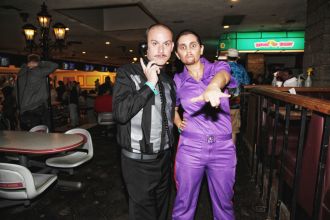 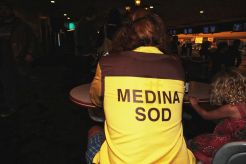 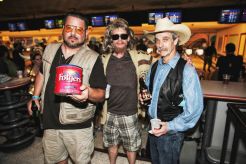 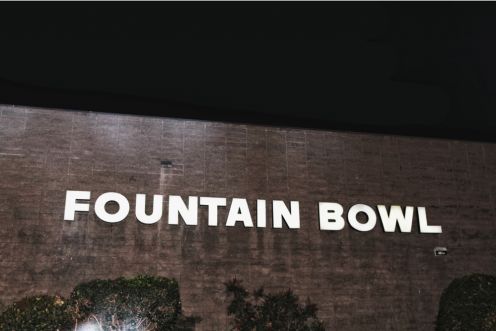