Component is a section of Aux.Out. for one-off pieces, special editorials, and lost orphans of the music discussion. Today, Sasha Geffen speaks to Chicago rapper Lil Durk about his major label debut and efforts to curb violence in the Windy City.

Names of streets run across Lil Durk’s face on the deluxe edition cover of his debut album, Remember My Name. Those streets — South Normal Boulevard and West 75th Street and King Drive and more — are located in Englewood, the Chicago neighborhood about 10 miles south of downtown where the 22-year-old artist born Durk D. Banks grew up. Like many drill rappers, he’s been making music since he was a teenager. His first mixtape, I’m a Hitta, came out in 2011 when he was 18. Two years later, he released the acclaimed tape Signed to the Streets under French Montana’s Coke Boys imprint. Now, he’s signed to Def Jam, who just released his first official record.

I meet Durk and his manager, Ola, in a sunny coffeeshop smack in the middle of Chicago’s Loop. Durk’s dressed head to toe in sparkling white; he’ll do a photo shoot later in the day for the RedEye, one of the city’s daily papers. Last week, he shot the video for the single “What Your Life Like” with director Eif Rivera. He’s been doing press for a while, and when I talk to him, he’s in business mode.

“I’m excited to see the response to the album,” Durk says. Remember My Name will come out in six days after we meet. Fans have been “going crazy” about the singles he’s let out so far, and he’s eager to let them hear the rest. “I’ve got more creative songs on there, and they’re going to keep going crazy. I’m excited about the whole album.” 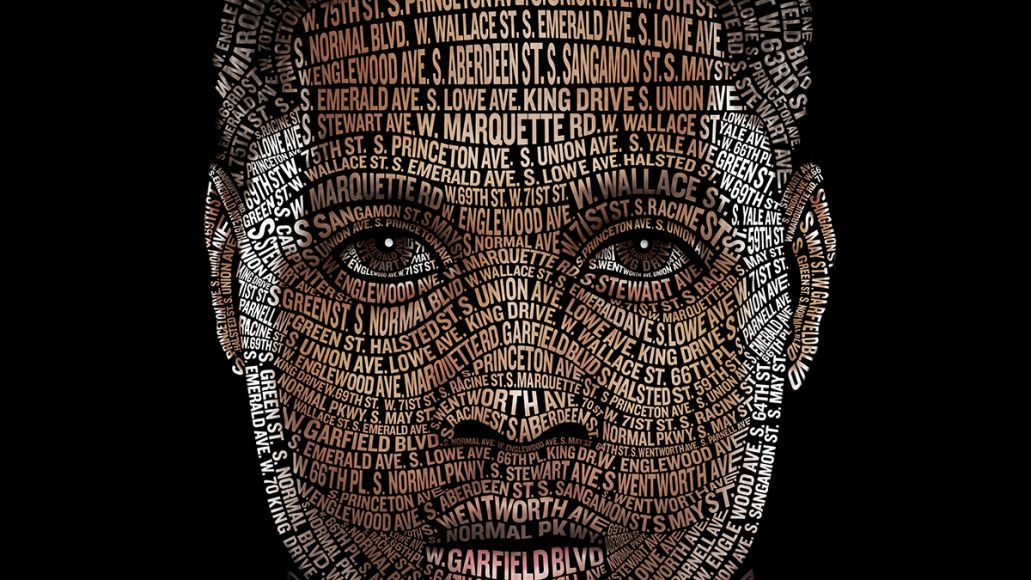 Drill originated on Chicago’s South and West Sides, areas of the city where gun violence and homicide are endemic. Neighborhoods like Englewood and Austin have become infamous in national media, which seems eager to digest the city’s narrative from the outside. Durk himself appeared in Noisey’s video documentary series Chiraq alongside producer Young Chop, who worked on Remember My Name, and collaborator Chief Keef. “Drill music: a brand new rap made by teenagers about killing people,” said Thomas Morton in the introduction to the first episode.

While Keef’s music in particular has been regarded as nihilistic, dystopian, and even dangerous, to say that drill is music “about” killing people flattens the genre. Murder hangs like a specter over these songs, but they’re as much about processing violence as holding it up to the light. “I see they want me, but it ain’t my time/ See me out here like I am a little traumatized,” Durk raps on “Traumatized”, the opening track on Signed to the Streets.

Remember My Name explodes with a unique vibrancy among drill’s clanging lurch. Durk uses Auto-Tune as a texturing tool throughout, pixelating his voice until it’s almost as metallic as the trap beats beside it. “What Your Life Like” rings with a competitive pride, while “Higher” hits as one of the record’s more aspirational cuts: “I just put on, for me and my city/ And ever since, shit been on fire/ I’m good, but I’m trying to get higher/ Bitch, I’m a dog, I’m a fighter.”

Durk feels pride in his city, though he doesn’t see drill as something that could only have come from Chicago. That’s just where it happened to bubble up. “I’m based in Chicago, and that’s where most of my feelings and my music come from, but I relate to a lot of people outside Chicago, too,” he says. “Anybody that’s got feelings, I can relate. There’s no spot in particular.”

He expresses ambivalence about the city, a feeling that seems to inform a lot of his work. It’s his home, the place where he made a name for himself, but he’s lost people here, too. “It’s a good city. Both ways. The violence, that motivates me to go hard,” he says. “But Chicago is a good city to come to. That motivated me too.”

In the past few months, Durk has publicly aligned himself with Chicago-based anti-violence initiatives for the first time. Last March, Durk and his manager Uchenna “Chino” Agina met with the Chicago Bulls’ Joakim Noah about his “Rock Your Drop” campaign. In a cruelly ironic turn, Agina was shot dead in Avalon Park that night. The next day, Durk posted a photo of himself wearing one of the campaign’s signature pendants to Instagram. “Rocking my drop chain for chino and the rest we lost,” he wrote.


Durk became interested in sustaining anti-violence efforts before the sudden loss of his manager. He’d been logging community service hours in the first few months of 2015, talking to teenagers via FaceTime, both in Chicago and around the world. “When community service was done, I thought about it and I stayed to it, because I’ve seen stuff,” he says. “I really wanted to be a part of it outside of community service. I really wanted to see a change in Chicago from kids. Seeing babies die, you have a different aspect.”

The conversations he had with kids around the world cued Durk in to the influence he might have if he spoke out against the violence he grew up with. “These kids would be like, ‘I can’t believe it’s you! You’re really doing it. I’m finna do it,'” he says. “So I know I could change a lot of people.” He started doing research into local organizations like Cure Violence and Noah’s Arc Foundation. He’s been meeting with Pastor Corey Brooks of the New Beginnings Church of Chicago. He wants to work towards opening a community center on the South Side where actors, athletes, and musicians could give talks, sign a wall, or just stop by to invest time and attention in parts of the city that are often overlooked by celebrities. He’d like to start up a basketball league, have a South Side team play against the West Side.

“Everybody got to get vocal. Two or three people can’t stop it,” he says. “But a group of people who’ve got voices can definitely slow it down. It’s never going to stop, but it can definitely slow down if everybody gets together, get their head right, put their pride aside, let all the beef go. Whoever got a voice in Chicago need to get together and just politic. Just day by day. It’s not going to happen overnight, but it’ll happen.”

As for his music, Durk wants to keep it open to the fans who’ve supported him so far. He’d like to keep playing free shows; he’s been doing free meet-and-greets on the South Side to promote the album. Remember My Name is the first Lil Durk release to come with a price tag, but he doesn’t want to erect the wall that traditionally separates major label artists from their fans. “You want your fans to feel comfortable. A lot of artists don’t show fans love like that,” he says. “Definitely just show love back. That’s number one.” Whether it’s on Twitter or at shows, he wants to stay available.

He says his fans are the ones who made him believe that Chicago could change — the tipping point was “when I found out I had a core fanbase that rocked with me hard; when I first knew I had a voice.” He’s excited about his new visibility, and all the responsibility it brings. He wants to keep working — not just in music, but in any creative channels he finds opening up. “After the album drops, I want to be more creative,” he says. “Start working on my touring, media training. Movies, if that’s possible. Just want to open more doors to be a businessman, too. Rapping don’t last forever. It just gives you a chance to open up other avenues. Ain’t no limits to a career.”

I ask what he’d tell people who are still in high school, who are the age he was when he first started seeing music as a viable career and himself as a viable artist. “Just keep working,” he advises. “Start off positive. Don’t start off negative. The negative will catch up to you in the long run.”