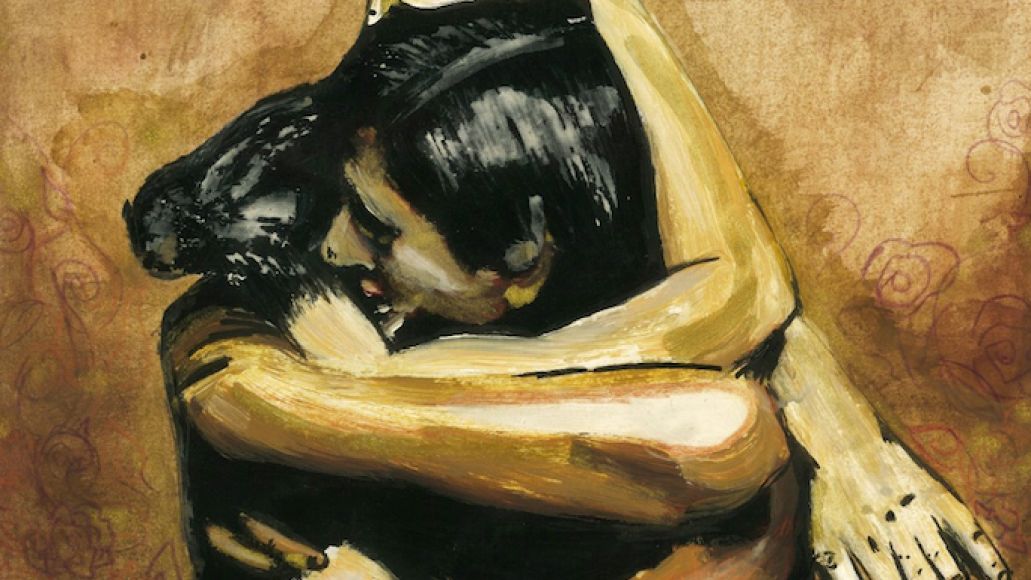 When we met, we were wearing similar beaded black bracelets, working the day shift at a pizzeria in San Luis Obispo. Weird, sure, but we were weird, and in the years that followed, I fell in love with him. I finally told him so the morning after my 21st birthday, under my sheets, after he had gotten shitfaced and we got kicked out of Nickie’s Bar on Haight in San Francisco. He always kept things interesting.

He knew everything about me. He was the first person I told that I was bisexual, and though it was hard to explain exactly what I meant by that, I told him without hesitation because I knew he would love me just as he had before. A year later, after my house burned in a freak fire, he held me when I started to have anxiety attacks. He helped me piece myself back together. He laughed at my stupid facial expressions and he accepted my horrible quirks. He played drinking games with me to Ace Ventura and never let me win on purpose at ping pong. He was whatever the moon had always meant, as the quote went that he wrote on one of my birthday cards.

He was everything, as loves like that always are.

Before it went dark, he introduced me to “Blood” by The Middle East.

It was both beautiful and terrifying, and it struck me hard. Lyrically, it hinted at the possibility of doom and separation—something that for so long I refused to consider. When we fell apart, and I nearly did the same, I played “Blood” on repeat for three weeks.

Since then, it has become a relic of my guilt, my arrogance, and my cold detachment from him. It remains a scar on my conscience. It’s a reminder that he’s not the bad person I want to believe he is and that despite the neglect and promises we both broke, some part of me will always love him. It’s a living mark of that time in my life. I’ll grow up and he’ll grow up because life transpires as it does, but in “Blood” he was the one, if only for that brief span of time we mistook for adulthood.~

So much about projecting strength is giving the impression of emotional numbness—about holding back the people and things that force us to feel. But as my life happened, eventually I let him in. He sliced into the sheath. I let myself breathe in the wholeness of him and attached meaning to previously raw ephemera: poems, colognes, books, places, songs. Those sensory memories of him eventually tore me down. “Blood” was that vestige—my beautiful bête noire—for a long time.

It’s not a rare response, as I came to realize in speaking to other people about this phenomenon, people that are surrounded by music in one way or another. Some of them are artists, others are producers and sound engineers, but in any case, they have all felt the grab of a certain song in the same way as I have. All of us have felt retrospection in audio form suspend us in a chokehold—in that grasp of ecstasy, of pain, of bliss, of living at the peak of feeling for five minutes. There’s no living like being inside that vortex of emotional fury.

“Blood” cut me into crude, misshapen pieces. It reminded me that underneath that shield, I’m breakable. I hurt and love and suffer and fear, and most importantly, sometimes I am at the haphazard will of forces beyond my control. The marked song, as it became, contained the whole of everything about my person, and listening to it ruined me. It slowly replaced the whole of my relationship, triggering a series of evocative, intense flashes of moments with him. It wasn’t in a bad way or in a good way, as he told me once, but it became a temporal bookmark nonetheless. It created a nick on the line of my life, marking the spot where I grew. It delineated a span of time—an enclosed moment of being in both harrowing distress and unbridled ebullience. It condensed every emotion I had for him into five immensely painful minutes. It represented the loss of love, in all its violence.

Love and Music: A Retrospective