Had a conversation recently with a label owner who is at his wit’s end. He can’t get anyone to review his releases, premiere his releases, or even listen to his releases despite their obvious relevance. Why?

I’ve also talked to a lot of great bands over the last year who can’t seem to find a label to put out, or even listen to (sound familiar?), their music despite a history of success in the cassette world. Why?

In my mind, a lot of folks have fallen in love with familiarity. Labels are releasing music by their buddies and refusing to give strangers a chance, and in turn a lot of us in the media world are doing the same, covering familiar names and rarely venturing outside of our comfort zones.

I don’t have any solutions here, only the resolve to push back where I can. In this very column (NLT’s fourth edition if anyone’s keeping track), in fact, I went so far as to cover an entity that may or may not exist in the present (Lewis). I also look into a 12-inch collaboration that literally avoided being reviewed (Silent Servant/51717), and several bands/artists (Swearwords, Julian Lynch, Opaline, Sparkling Wide Pressure, Porcelain Raft) I’ve never previously written about. It’s a start, right? 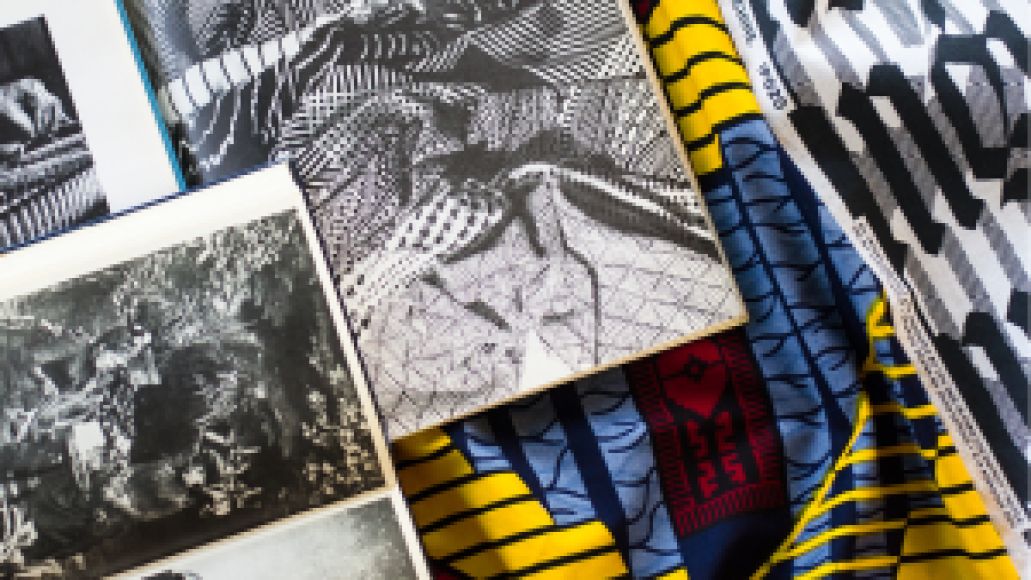 The four-on-the-floor, kick drum-worship of modern times can become repetitive. I get a half-dozen releases every month that contain little more than a metronomic beat, squiggles, and empty space deader than doorknob. Low Jack, aka Philippe Haillas, combats the icy detachment of modern electronic music and/or the techno resurgence by inhabiting a space similar to that of Esplendor Geometrico, wherein the chaotic beauty of noise and the precise machinations of electronics are spliced together like film strips. A gaggle of just the sort of beats I’m complaining about above present themselves on Sewing Machine, yet they’re doused in screech-y dissonance and set aflame. Haillas also employs a smear technique to blot the solidity of his sounds, a ploy that spreads the tentacles of his compositions and equates to blurring the edges of a drawing, fuzzing up an indie rock recording, or using soft light on a movie set: What you see/hear is more faded, gentler, and infinitely more inspiring. 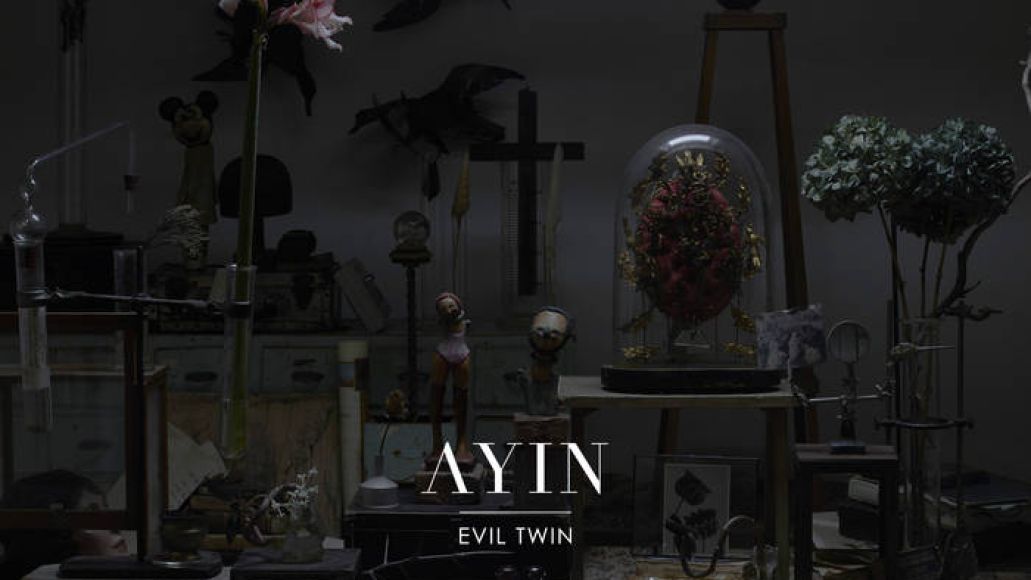 Evil Twin manage to sound exotic even when they deal in suspect synths and oblong, obtuse piano drones, their ethnotronic explorations taking them to climes also explored by up-and-comers on the Hospital Productions/Sublime Frequencies/Discrepant rosters. AYIN wouldn’t work if the temperature weren’t just right for revolution; tunes like “Jawa” depend on exacting delivery and the patience to flush out the details that matter, much in the manner of The Books’ best work (though the similarities end there). When Evil Twin flail, they flail spectacularly, and that’s the price you pay when your experiments range far and wide. I choose to remember AYIN for its positive traits, which include trance-friendly chants, mystical, worldly electronic experiments, and enough intrigue to require several listens before a full understanding crystallizes. 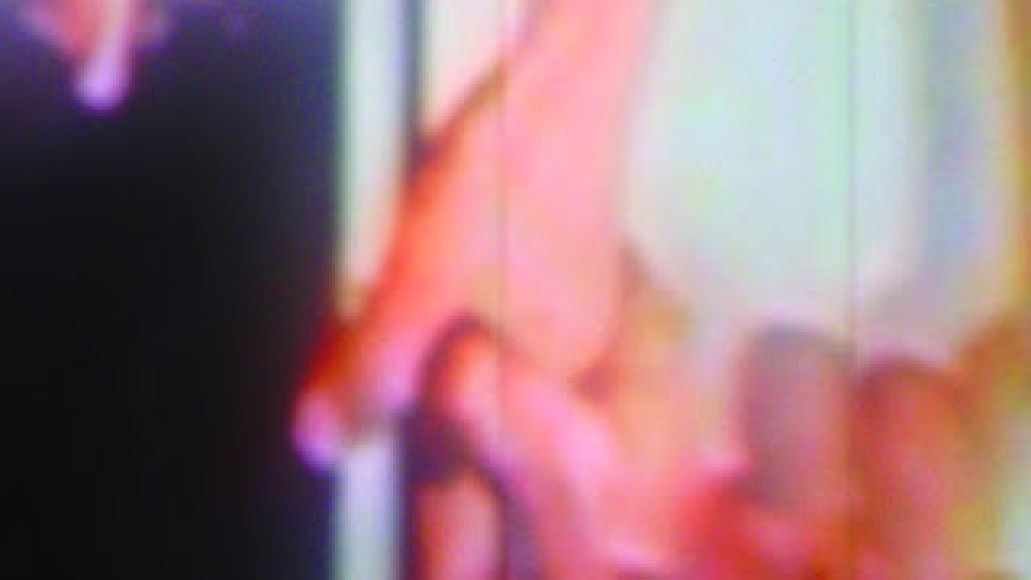 Chicago exp-music maven Andy Ortmann (founder of Panicsville, the Nihilist label) and Alex Barnett (best known as one-half of Barnett + Coloccia) team up for a cassette that will frizzle-fry every brain cell you have left in your melon before it’s done. Seasonal Attrition is so vast and enigmatic I’m struggling to even effectively review it; every time I think I have a handle on the proceedings — whether it be fascinating pre-programmed patterns, dank, dark rumblings, or spaced-out oscillations — the mood changes, and I’m left holding my pen. To me that’s what a good tape is supposed to be. If you’re going to hang on a drone trope like the edge of a cliff for an entire side, feel free to dump your tapes off a skyscraper rather than send them to me (j/k, mail your tapes to me regardless), or at least consider offering the sonic diversity of what Barnett and Ortmann achieve with Seasonal Attrition. 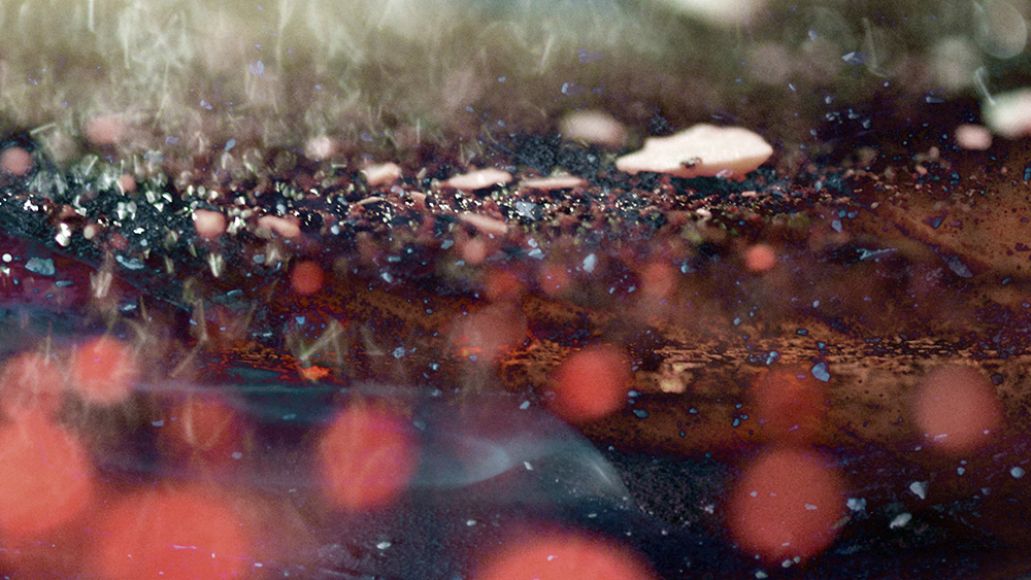 Much like John Butcher or Kevin Shea, Leafcutter John’s name seems to be plastered like a flier across the modern avant-jazz scene by dint of his contributions to combos like Polar Bear and his solo work. I’ll be honest: I had no idea what to expect from Resurrection, and was not only dazzled but enlightened by its contents. Or at least, I’ve found LJ carries with him a delightfully short attention span, a colorwheel of moods determining every next move. “I Know You Can” kicks Resurrection off with a cacophony of lost voices, odd, quasi-cowbell taps, and a surging drone that, with the other elements included, reminds me most of influential small-timers like Babe, Terror. “Endless Wave” sees Lea-Jo picking up the mic and revealing his squeaky voice and manic manner atop a bed of fresh avant-greens, of course. “Gulps” provides an almost life-changing serenity, overlapping tone waves absorbing each other until it all forms a huge rainbow, arcing far above the horizon. It’s probably the most recognizable tune, as far as carrying similarities to a ton of cassettes dubbed over the past half-decade, but Leafcutter John does it better than most of those amateurs, adding clarinet scales and other less-identifiable instruments to create a soft, soupy brew. The man’s done his homework. 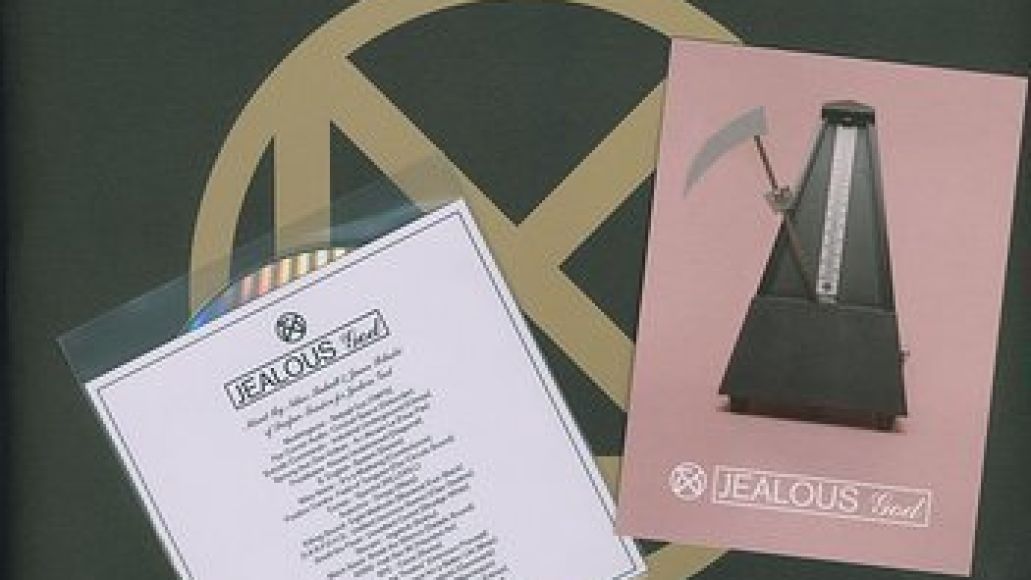 51717 (recording alias of Lili Schulder) and/or Silent Servant are tougher to get on the horn than Vladamir Putin. I have never encountered such difficulties securing audio materials for review, and as such, Jealous God 6 became Moby Dick as I chased it across the frothy seas of experimental electronics. I still never made contact, but I did finally procure JG6, and I must say, even with all the trouble, or perhaps because of it, I’m sold on its relevance in a crowded market. Schulder’s half of the project is enamored by a less-than-less-is-more credo, and tracks like “The Glove” and “Porsche” give away so little it’s almost excruciating, like a withholding parent, until a token beat or scheme breaks up the static gray. It all has the feel of the last few words before death; dance to that! Silent Servant occupy a space next to the Nostilevo label on the nihilistic post-darkwave circuit, rhythms existing as blobs in the background while a vague facsimile of a latenight newscast streams overhead. You could slap a million labels on Jealous God 6, so I’ll leave that to the kidz; next level jams, for sure. 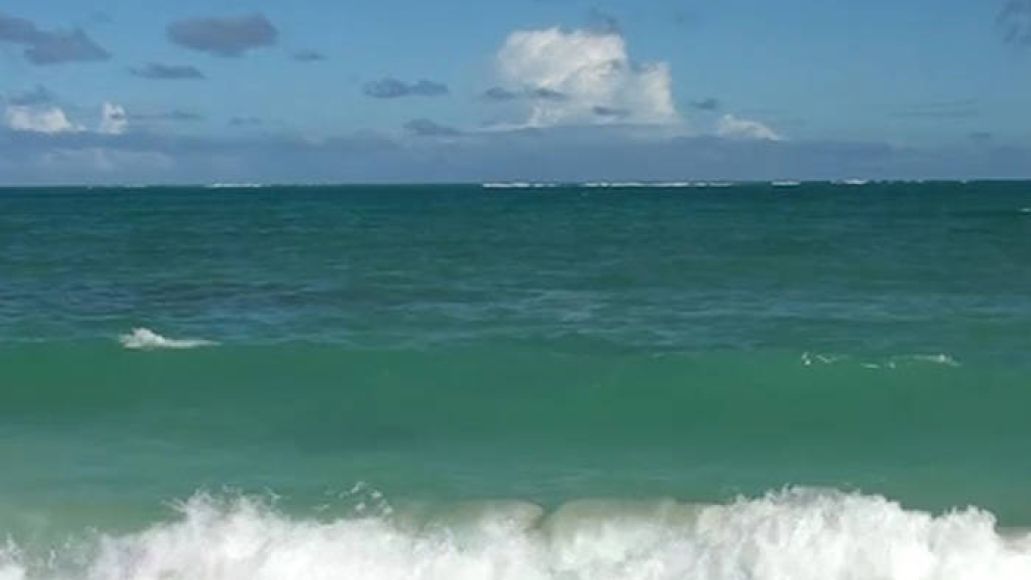 Lewis is purported to be a mystery, Hawaiian Breeze another lost album dug from the trenches of lord-knows-where. I don’t know about all that; I just like what I hear in a Dennis Wilson kinda way. If this was created in modern times, as I suspect, I can understand why they chose the PR angle they did because Breeze has a timeless quality to it, not to mention fine soul vocals that could come from a number of sources (i.e., they could have been manufactured somehow). The songs plod along to synths set in the ’70s, trumpets locked in the ’80s, and guitars locked onto, alternately, Jandek and arena rock. It’s all sorta jive-ass, like a lounge in Las Vegas where the cheap people go after hours, when pretty much anyone can take the mic, and just once, a cat jumps on who can razzle-dazzle just a bit, like a prize-fighter MC but with melody on the mind. Maybe no one notices, but we got it on tape, for all-time. The field recordings of waves only up the ante on the inquiry (or not), so latch onto Lewis while the web is still tangled.