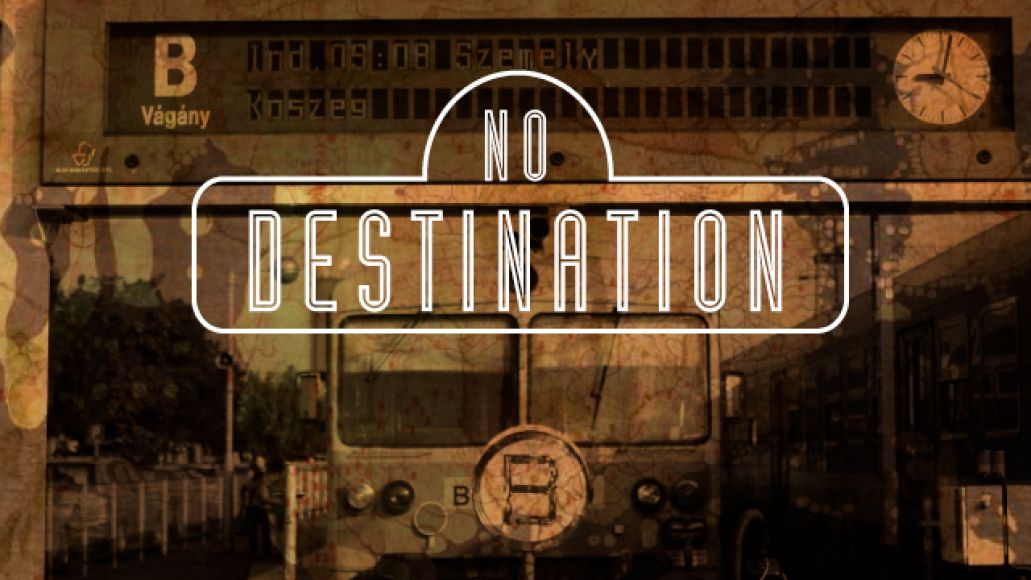 Rachel Bailey returns with her column about her world travels and the music she encountered there. Today, a fish market in Hamburg turns into a common/uncommon scene.

If you’re like me, one of the last things you probably expect to see when you go out to brunch is a cross-dresser and a senior citizen with hot pink hair rocking AC/DC covers. But that’s likely because neither of us is German.

At 50 degrees and cloudy, it was a warm summer day by Hamburg standards. My best friend Meggy, who I was visiting, had woken me up with six of my favorite words: “I have a surprise for you.” The surprise, it turns out, was an outing to Hamburg’s enormous, outdoor fish market, which occurs each Sunday morning and is cleared out by noon. We’d spent the morning roaming through stalls of fish, munching donuts filled with apfelmus, and trying to keep her beastly white German Shepherd, Figaro, from snagging smoked fish from the counters of inattentive vendors. But the real surprise came when we wandered into the historic fish auction hall, where locals now dine on brunch and listen to live music after stocking up on fisch.

The hall itself is a beautiful place, three stories high and made largely of glass and iron. The ground floor is covered in long tables and benches, where diners shovel in runny eggs cheek by jowl, usually accompanying them with beer (this is Germany, after all). It’s all pretty standard brunch fare until you consider what the entertainment consists of, which on this morning was a man dressed in a wig, heels, and a skirt, accompanied on bass by a balding fellow in faux leather pants, his hair dyed the color of a Barbie house. It wasn’t quite a drag show; there wasn’t enough makeup or fake nails for that. They were, very simply, a band led by a cross-dresser. Their repertoire consisted mainly of 80’s cock rock hits, and the dance floor in front of them was populated by step-touching fans of all stripes.

This was perhaps the most un-American thing I’d seen since I’d left the country 14 months earlier.

It’s not that we in America don’t love brunch. I work at a swanky eatery in Athens, GA, run by a former Top Chef contestant, and I can attest to the fact that Americans love their brunch, so much so that we’ve honored the word by letting it double as both verb and noun: “Hey, are you awake? You wanna brunch?” And it’s not that we don’t love 80’s cock rock, and it’s not that a fair number of us don’t love or at least feel quite tolerant of cross-dressing and alternative lifestyles. It’s just that we don’t mix these things. Cross-dressers generally are found in gay bars and pride parades and the dark corners of town — not to entertain you and your little ones as you squirt ketchup on your hash browns. Cock rock is for car trips and nights full of cheap beer, not mornings full of mimosas. And dancing is definitely not for brunch, not here at least. But… why shouldn’t it be?

One thing that struck me again and again in my travels was the lack of public dancing and singing in the U.S., at least relative to the rest of the world. Walk down any street in Italy, and it’s a safe bet you’ll come across someone singing to himself within a few blocks. Try to start a dance party on the streets virtually anywhere in Europe or South America, and you’ll soon have a crowd of passersby gathered around to join in. Heck, even a people as straitlaced, orderly, and, let’s face it, a little uptight as Koreans wholeheartedly adopted karaoke as a national pastime and not in that nauseatingly irony-laden way we do it in the States, where you’re not considered good unless you’re cracking your friends up with a cheekily risqué version of a Disney classic or some such evasive nonsense. For most folks, doing any of these activities in public requires a thick lacquer of alcohol and the comfort of a dimly lit room. It is not the stuff that Sunday brunch is made of.

It’s not that we’ve ever been a cross-dressing, boogying, brunch kind of people, but it does seem that we Americans are moving further away from dancing and singing as pastimes, with shows like American Idol and Glee turning these activities from something participatory into something increasingly spectatorial and entertaining. But what are we losing in this exchange?

As some long-forgotten voice instructor or choir leader once told me, it’s virtually impossible to lie when you’re singing. Ditto for dancing. You’re either feeling it or you’re not, and it’s pretty easy to judge by your performance how deeply you mean what you’re doing. In the words of Neil Young, “When you dance, you can really love.”

If you’ve ever been to a music festival and watched the hippies wiggle or seen the goofy noodle arms of a serious raver with a fresh pair of glowsticks, you know that really heartfelt dancing, while not necessarily “good” in the America’s Best Dance Crew sense of the word, is almost guaranteed to be silly. But we don’t appreciate silly like the rest of the world, opting instead for an emphasis on technique and seriousness. As a result, we’ve narrowed the space for silliness in the public sphere to high-level sporting events (really, the Terrible Towel and the Cheesehead are very silly concepts) and holidays like Halloween.

And really, I think we’ve lost something important as we’ve become increasingly unlikely to allow ourselves to be silly in our song and dance. Bands that do have the gumption to try to make a living being silly — like They Might Be Giants, early Ben Folds Five, Weird Al, Tenacious D, the list goes on — wind up in some lower strata of the musical caste system, relegated to “novelty act” territory. This seems especially nonsensical when you look at an artist like Lady Gaga, who is I think is the silliest person making music right now. The only material difference I see between the careers of Gaga and someone like Weird Al is that Gaga traipses about behaving as if she is absolutely serious. Even if we like our artists silly, it seems we want them to at least pretend not to be.

That morning in Hamburg, I was feeling a little uptight. I had just arrived in Europe after a little over a year in Korea, and the world felt upside down. The food, the language, the social norms, even my waking hours were totally different. I was feeling small, guarded, and constantly shaken up. I coped with this by taking my clunky Canon SLR everywhere with me, slipping behind it in moments of discomfort, creating what distance I could between myself and what was happening around me.

So, there I was, snapping away, happily detached from the mealtime spectacle in the dining hall when he approached, peering at me over the lenses of his lime green sunglasses and tooting a brass toy horn in my direction. Shimmying through a crowd of twirling, sidestepping brunch patrons, a man in pink faux-fur chaps and a very bad wig had locked eyes with me. He was in full-on party regalia — did he really get this dressed up just to go buy fresh fish? — with a red belt around his waist so adorned with leis and lanyards that it looked like a skirt, a torn piece of orange fabric tied around his wrist like a sash, and a single black satin glove. His accent was so thick, I couldn’t understand his name as he leaned in closer and closer, trying to tell me something, dripping sweat all over me and my nice camera.

I began looking for an exit. This guy, obviously, was weird, and he was invading my closely guarded space. After a year of traveling and being the subject of a lot of unwanted attention from strangers, I had gotten pretty good at escaping from situations like these. But just as I started to make my excuses and back away, the man in the chaps changed tactics. He just started dancing this hiccupping, offbeat, ridiculous dance. He was tripping over his own feet, but he was playing, and he was inviting me to join.

Suddenly, I didn’t feel so uncomfortable. I put my camera down and started jiggling around, and we just stayed like that for a few songs, making physical nonsense, not saying anything. I doubt we would have had much to talk about even if I had been able to understand his accent, but that’s the great thing about finding space to be silly with someone: You don’t have to have much in common to have a good time.

I see public singing and dancing escaping from the American lifestyle. From the 18th century up through the early 1900s, dance was a social institution, and an ability to dance was an important part of a healthy social life across all economic stations. The formal balls of that time may not have been brazenly silly in the way today’s best dance parties always seem to be, but they provided the tactile, non-verbal communication we now lack, as well as the opportunity to forge connections with strangers through those physical interactions.

People on the dance floor that morning in Germany were  all different ages, from all different walks of life, but they were in that brunch boogie together. It made me think of catching someone at a stoplight absolutely rocking out in their car; it’s a moment that always makes both parties smile, that accidental voyeurism/exhibitionism of unguarded silliness. What if we took those moments out of the private sphere and put them into the clubs and the crosswalks and the waiting rooms of everyday life?

We may never be a people who get down with a cross-dressing cover band at brunch. In fact, based on the recent griping of customers about our selection of 90s R&B on Sunday mornings at my day job, we’re probably further off than I’d like. But as much as we love to watch other people sing and dance on television, I get the sense that many of us would like the freedom to do a little more of that in our everyday lives, if only we weren’t afraid of what the people around us would think. Maybe we should all do our neighbors a favor and just go for it. We may come off weird and silly, but we could all use a little more of that.

No Destination: So You Think You Can't Dance?