Component is a section of  Aux.Out. for one-off pieces, special editorials, and lost orphans of the music discussion. Today, Jerard Fagerberg talks with Sage Francis and Dessa about the distinction between emcees and poets, and why they are both.

Though hip-hop and poetry are close cousins, there are still barriers that keep artists from successfully owning the title of rapper/poet.

All similarities aside, hip-hop and poetry don’t get along, and ideological differences make the slash more of a boundary than a gateway. The problem is rooted not only in a lack of authenticity but also in the scarcity of artists who are shrewd enough to know how to straddle the line.

With hip-hop being the more lucrative avenue for artistic expression, scores of young bards (such as Def Poets George Watsky and Dahlak Brathwaite) have attempted to transgress into the cash-flush arena of hip-hop, with the results ranging from inorganic to downright embarrassing. Likewise, rappers have tested the waters of poetry (Tupac Shakur being a notable example), but poetic forays are rarely more than an afterthought or a flail for lit cred.

The lack of true crossover artists begs the question of whether a functional rapper/poet relationship can even exist. Though it is not uncommon to see artists intermingling styles, those who heed both calls equally are a rare strain. Among these chimeras are Sage Francis and Dessa – a pair of independent rappers who are unique not for the virtue of being rapper/poets but for how instinctively they inhabit both worlds. 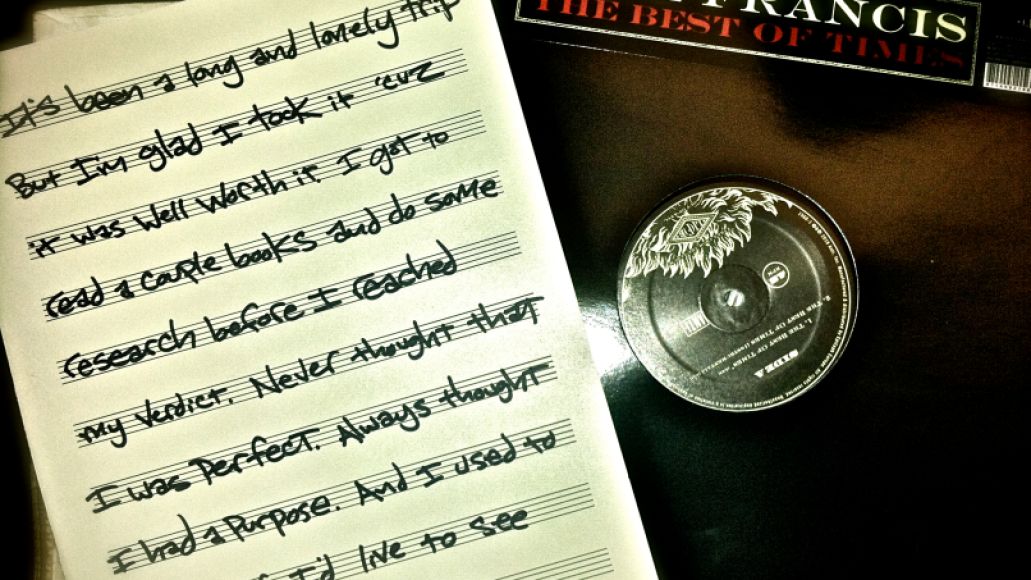 Sage Francis has staked an 18-year career on crafting deeply reflective, lyrical hip-hop. Though he makes it clear that he did not “come from” poetry, the Providence, R.I. emcee and Strange Famous Records founder is also one of America’s foremost spoken word poets.

Rapping since the age of eight, Francis didn’t encounter spoken word poetry until the mid-’90s as a student at Dean College. “At that point, it was just an epiphany,” he says. “Like, ‘holy shit, I can actually perform without needing the beats or music. There’s an avenue here for me.’”

Spoken word is written to be performed and often contains end rhyme, onomatopoeia, and other elements kindred to hip-hop. Looking to unite these elements in a singular art form, Francis started airing his raps a capella at open mic nights, which was unusual for the time. Initially, he was not received well.

“It was difficult to get up there at these poetry readings and do just rap,” he says. “They didn’t respect that as a format for poetry.” Likewise, he found that rap audiences were resistant to his introspective brand. “People who are traditionalists or have a particular idea of what hip-hop should be hear me and they say, ‘That’s not hip-hop, fuck that, what is this vulnerable-ass shit?’”

Nearly 20 years later, poetry has evolved, blurring lines and creating what author Zadie Smith called “a broad church,” with enduring influences driving poetry deeper into the ranks of hip-hop’s core demographics. However, there are still definitive separations between the two scenes. With so many attention-hungry poets eager to hop the gap, hip-hop zealots are still wary of swagger jacking. Furthermore, prevalent stereotypes exist that keep the two disciplines apart, which is something that has always bugged Francis.

“If you say you’re a rapper, it comes with certain connotations. And same with poet, and I don’t like the connotations of either. I infuse the two,” Francis says. “I like rap because of the poetry in rap.” His earliest efforts at incorporating the two were uncomfortable. “It was kinda scary at first because even though it’s kind of normal now, it just never happened before.”

With time, it worked. Winning over crowds with his intuitive blend of erudite hip-hop and rhythmic poetry, Francis earned his way onto the 1998, 2000, and 2001 Providence National Poetry Slam teams. Around that time, he also won Scribble Jam, scored a major breakthrough with “Makeshift Patriot”, and dropped his first solo LP, 2002’s Personal Journals. This natal commingling put him on the forefront of the emerging underground rap scene and made him a figurehead in primordial slam poetry circles. More than that, it helped him weave together lessons on performance that cannot be learned from simply switching disciplines.

“I benefited from being part of both scenes and understanding the difference of how to work with different kinds of audiences,” he says. “It’s a different skill. You need to learn how to fill a stage with just words, and how to captivate an audience with just words.”

Though he no longer competes in slams and rarely attends readings, Francis still laces mixtapes with poems and often incorporates them into his live act. However, he clarifies that these pace changes are not asides or intermissions.

“My craft is to make that work and to have the live performance consist of different categories that all work together as one,” he explains. “I need to make the most use of myself and my skill set onstage so people don’t feel like, ‘Holy shit, what is this, karaoke?’”

Francis’s seamlessness has inspired other wordsmiths to repackage themselves as rappers. Citing Saul Williams as an exception, Francis doesn’t believe that becoming a rapper is a viable path for poets seeking more exposure.

“Being one of the main people from the spoken word scene who has had such a successful hip-hop career, I think it has inspired others to try it out when they really shouldn’t have,” he explains. “When someone just adopts it when they see that it can be a way for them to get to be known or get heard, it kind of comes through as false.”

Francis names Charles Bukowski’s incisive poem “So You Want to Be a Writer” as a key influence in his career. Applied to this circumstance, the poem’s message is clear:  in order to be a rapper/poet, the slash cannot be forced into your identity. 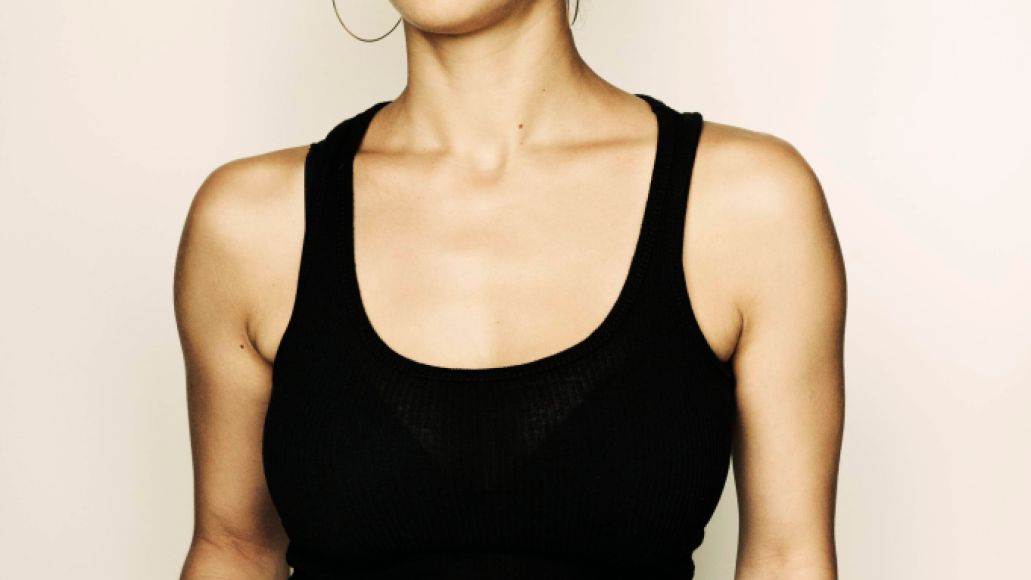 When asked to define herself, Minnesota rapper Dessa is hesitant.

“I try to duck the obligation to define myself primarily, if I can help it,” she says. “’I have interest in the language arts’ might be a sentence that I would use.”

Still, the lyrical spark plug is known mainly for her part in rap collective Doomtree and her ornate solo albums, like 2013’s Parts of Speech. Her rapping success has spurred her into other endeavors, and 2013 also saw the release of A Pound of Steam, a delicate and taut collection of poems that proves just how difficult it is to define Dessa’s talent.

Unlike Francis, Dessa discovered hip-hop via poetry slam. After being brought to an open mic by a friend, Dessa found herself onstage the following month, furtively winning the slam, and qualifying to represent Minnesota in the 2007 National Poetry Slam. From there, she gained the attention of local rappers, who suggested she take her pert and confident delivery and reapply it. She obliged, but without the intention of making it her sole creative pursuit.

“I don’t want to be bored,” she says. “That’s part of the reason I was drawn to being an artist – the ability to get bored and indulge my fascinations and my curiosity.”

Though Dessa was a success in her short tour with slam and had initially set out to work as an essayist, writing raps was starting to pay her bills. “I was writing poems that were rhyme-y and I guess kind of rappy, but I never consciously picked rap because it’d be an easier way to make a living,” she says, “but probably in a lot of unconscious ways, I did. I’m sure that plants grow towards the light.”

Along with the aforementioned Williams, Dessa is one of a limited number of working rappers who maintain a successful page poetry career – a number even smaller than the amount of poets who have spun their craft into a rap career. She has accomplished this by never dwelling too long in any one world, stating that “once I get good at something, I move on.”

Rap has certainly opened doors for Dessa’s writing career. Her 2009 collection of fiction and poetry, Spiral Bound, was released on Doomtree Press, and her increased visibility has allowed her the chance to maintain an academic slant while teaching at the McNally Smith College of Music. This multifaceted success has rewarded her with the luxury of never having to settle.

After a successful transition into being a full-time emcee, Dessa found herself taking more of an interest in page poetry. Though her main vocation is making music with Doomtree, she’s quick to admit that publishing holds a separate, distinct prestige – one that’s become more important as she’s grown older.

“The literary community is a more curated community,” she says. “In the literary arts, very often there is a gatekeeper who vouches for you before you really gain access.” Though she’s ostensibly published two poetry collections, Dessa is romanced by the challenge of gaining this access.

Aesthetically speaking, transitioning from rap to poetry sounds easy. It’s a matter of subtraction and adaptation – restructuring verses into stanzas and putting the backing track on mute. However, Dessa explains that it’s not so simple.

“In a minimalist sense, poetry has fewer moving parts, but I find poetry to be much harder than rap,” she says. “You don’t fuck with it lightly, because it’s too easy to do it poorly. In lyric writing, there is some margin of error. If a certain line falls down, you just pick it up with the next line. But, poetry isn’t so generous.”

There is considerably less interest flowing from rap to poetry than there is going the opposite direction. There’s the obvious financial concession, but, more than anything, this is because rap is still considered a “low art.” Balked at as unrefined, hip-hop is still looking to gain acceptance in an exclusivist culture.

Dessa won’t be putting down the mic for the pen anytime soon, nor will she take a hiatus from Doomtree to polish her verse. With her enlightened take on hip-hop and continued efforts to establish herself as a poet, Dessa is working to change the paradigm. And her unwillingness to settle into any one identity makes her a perfect spokesperson for those trying to crack their caste. 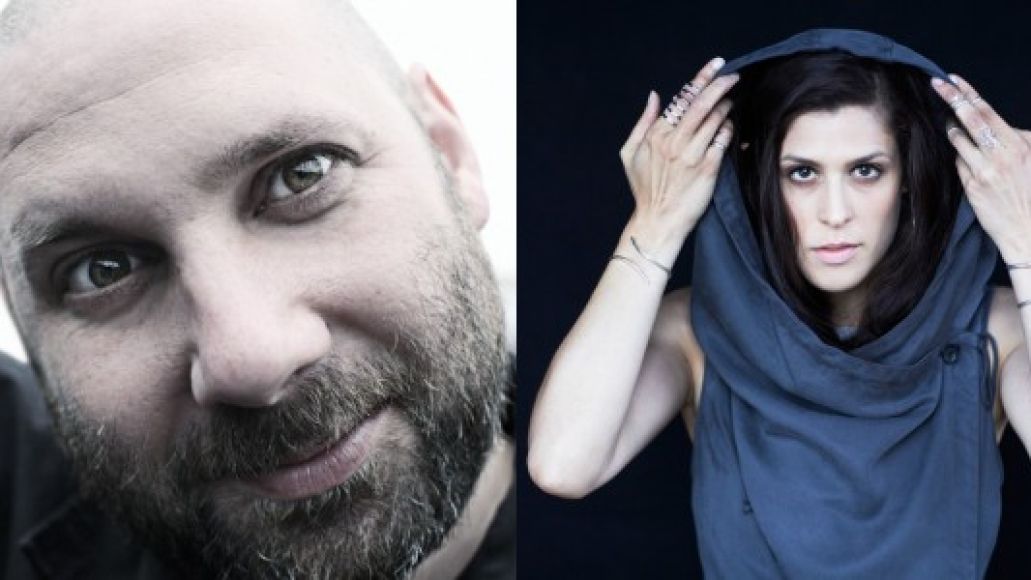 It’ll take more than two visionaries with split personalities to reconcile the differences between hip-hop and poetry, but Sage Francis and Dessa have shown that it is not impossible for an artist to embrace the slash in rapper/poet. Both have been able to sustain both identities by never fully belonging to either scene, and this is the key to maintaining a balance.

Navigating the gray area between allows artists to free-associate in earnest. When the impetus for marrying the two worlds comes from a desire other than finding a more perfect vehicle for artistic expression, neither master is being served. In the case of Francis and Dessa, the slash came naturally, and the best advice that can be gleaned from their examples is not to force it.

Or, in the immortal words of Bukowski, “Don’t try.”

Jerard Fagerberg is a mountainmaker of molehills and, well, one thing led to another, and he ended up here. He is available in 140-character increments here.