Component is a section of Aux.Out. for one-off pieces, special editorials, and lost orphans of the music discussion. Today, Matt Wood speaks with Purity Ring’s Megan James about the duo’s sophomore album and balancing electronic sound with human elements.

The band materialized in 2011, gaining traction with a few stray singles while eluding a critical verdict until dropping an album the next year. But Shrines silenced hesitant adopters, proving Purity Ring had a depth and endurance beyond one-off tracks. James and Corin Roddick carved out their own genre by inadvertently giving their project unspoken parameters: haunting arrangements, body-horror imagery, and a sinister catchiness that felt reminiscent of pop music, even though you’d never think “pop” when listening to “Fineshrine”.

Now, three years later, the previously unmapped territory of future-pop is awfully crowded, calling into question whether Purity Ring can continue to innovate within the bounds of the genre they coined. James says growth was prioritized on Another Eternity, with the intent for each album to reflect a different time stamp in the duo’s progression.

“It was important to us not to make the same thing with Another Eternity,” James says. “We were taking the covers off of Shrines; this record has higher highs, lower lows.”

Shrines focused on balancing James’ lilting vocals with the expansive, and often aggressive, sonic landscapes Roddick created for her to float through. This pairing carries over to Another Eternity, but here James taps into higher vocal registers, sliding toward the pop end of the future-pop spectrum and deepening the contrast between the two. 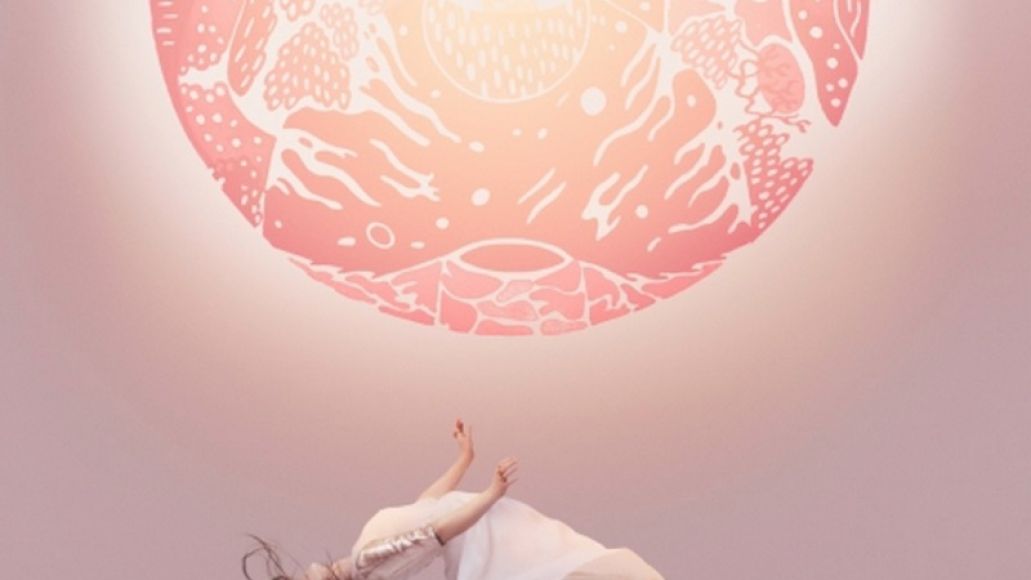 When James taps into human vulnerability, Roddick’s production heads for the cybernetic. Some of his arrangements approach the brink of a dubstep influence, but then James gently pulls back from the precipice. James relinquishes tranquil vocal lines, then Roddick dropkicks you into a maw of gnashing steel teeth.

Though the two are obviously close friends and collaborators, this push and pull makes Purity Ring tracks feel like warzones. But what they’re fighting for isn’t some illusion of ego or power; they each represent one side in the clash between humans and technology, and it’s hard to tell who’s winning.

But that ambiguity is intentional and one of James’ favorite things about what Purity Ring lets her experiment with. Though she’s always loved electronic music, she always expected to end up playing piano and singing in a more stripped-down format. When approaching Purity Ring songs, she’s looks to inject organic elements in tracks to create a hybrid product that excites her.

Her favorite example is “Sea Castle”, which was actually the first song written for the new record. She came up with the chords on her own and showed them to Roddick, who sampled parts of them to create the modulated final version.

The song opens with a lone piano part and vocals, then slowly succumbs to Roddick’s wicked productions until he hammers down with a buzzing synthesizer attack before the chorus. Blurring the line between the artificial and natural has been an essential part of Purity Ring’s identity, and on Another Eternity, James wanted to keep toying with that dynamic.

“Every song is so different that it’s hard to tell what’s organic and what isn’t,” she says. “Since it’s being made by people who aren’t, you know, robots, it’s really a discretionary line to cross.”

She even makes a point to avoid cutting corners with technology; James insists on singing each chorus individually, rather than copy/pasting her best vocal take. The philosophy also guides Purity Ring’s live performances, where they use as many real-time elements as possible to avoid relying on a passive backing track.

James pulls double duty as the representative for humanity as technology edges its way in. Across both albums, her lyrics put a mirror on the human body to magnify its anatomy to almost grotesque degrees. On Shrines, she invites you to climb into her rib cage; on Another Eternity, she says to clamber up her spine.

Another Eternity hits hard on motifs about space, flames, and inner turmoil and frequently intersects them. These ideas, even when relating to something as distant as planetary orbits, feel strangely universal as she compares them to human interactions. In her electronic microcosm, James proudly yawps, “I AM HUMAN,” unafraid to brandish the possibility of imperfection and mortality that accompany it.

That’s not on accident. James has long been fascinated with the idea that different systems are more alike than they are different. She’ll often note the similarities between how the body works compared to a galaxy or ecosystem. Not only do they all have parts functioning toward a whole, but each has elements of tension and conflict that become cyclical.

On “Begin Again”, she compares a relationship to the magnetic field of the moon’s orbit around the Earth, then suggests a fresh start in the form of a supernova. Being reborn in an explosion of interstellar hydrogen might sound a bit dramatic, but it’s easy to see the parallels to human relationships. Some bits of star stuff dissipates, some gets repurposed, then the process begins anew.

“I love thinking of a body as a universe and vice versa,” she says. “That’s the part of writing I’ve always been most intrigued by, and I like figuring out different ways to apply it.”

On the subject of robot uprisings, James doesn’t fear any possibility of a technology takeover. In fact, she suggests the union of humanity and technology offers us the chance to be more human. The little life improvements, even as simple as making a phone waterproof, allow her to make mistakes and spend more time being human instead of constantly fighting technology.

Although as much as James is thankful for the convenience of a solid-state hard drive, that’s not what keeps her looking toward the future. What James is seriously stoked on is the idea of teleporting herself to different locations — ideally into space — at the first available opportunity.

“I genuinely think about that kind of technology every day,” she confesses with a laugh. “Maybe one day we can pull that off on stage.”

Rise of the Machines: How Purity Ring Augments Human Elements Into Their Future-Pop World