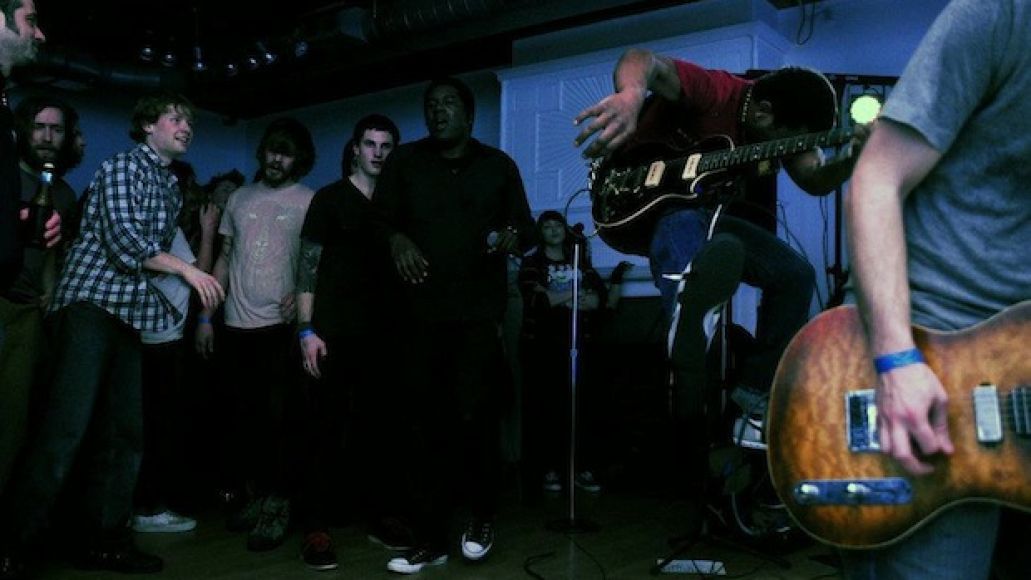 Component is a section of  Aux.Out. for one-off pieces, special editorials, and lost orphans of the music discussion. Today, Nathan Mattise talks about Rough Francis, whose impact on the punk scene will be felt for decades to come.

You’ve probably never heard of Rough Francis. In brief, it’s a six-piece band from Vermont featuring three brothers (the Hackneys: Bobby Jr., Julian, and Urian) and three friends (Paul Comegno, Steve Williams, and Dylan Giambalista). They play music that’d be tough to classify as “rock”, “punk”, “funk”, or “hardcore”, but it’s more like a fusion of the four that sounds better than this description reads. They formed in 2008 essentially as a covers band, but Rough Francis finally released their debut full-length last spring.

Standard issue group, right? The thing is, most music fans have likely seen Rough Francis. It’s been a big few years for found-music documentaries and this year’s rediscovery gem is A Band Called Death. It focuses on a trio of brothers from Detroit who retroactively became punk pioneers. And those musicians—Bobby, David and Dannis Hackney—partially owe their renewed success to these Rough Francis kids (who are, yes, their own sons and nephews).

The story goes that the younger Hackneys heard the Death songs at underground punk parties, approached their family, and inspired the older Hackneys to dig the Death masters out of the attic. The whole experience was why Rough Francis formed in the first place (the band is an homage to Death and named for a side project of their late uncle David Hackney). Instead of playing radio covers at bars like other acts just starting out, these guys played unearthed singles they only recently discovered as family heirlooms.

For a band with a wild origin story, 2013 has been Rough Francis’s craziest year yet. On top of a prominent slot in the Death documentary, they played on the Brooklyn Vegan main stage at SXSW, appeared in a feature for the Fuse network, and finally self-released that debut album, March’s Maximum Soul Power. If it’s all just the start of things to come, rest assured Rough Francis has the blueprint. They practically co-wrote the story of Death and that’s certainly helping the story of Rough Francis unfold. 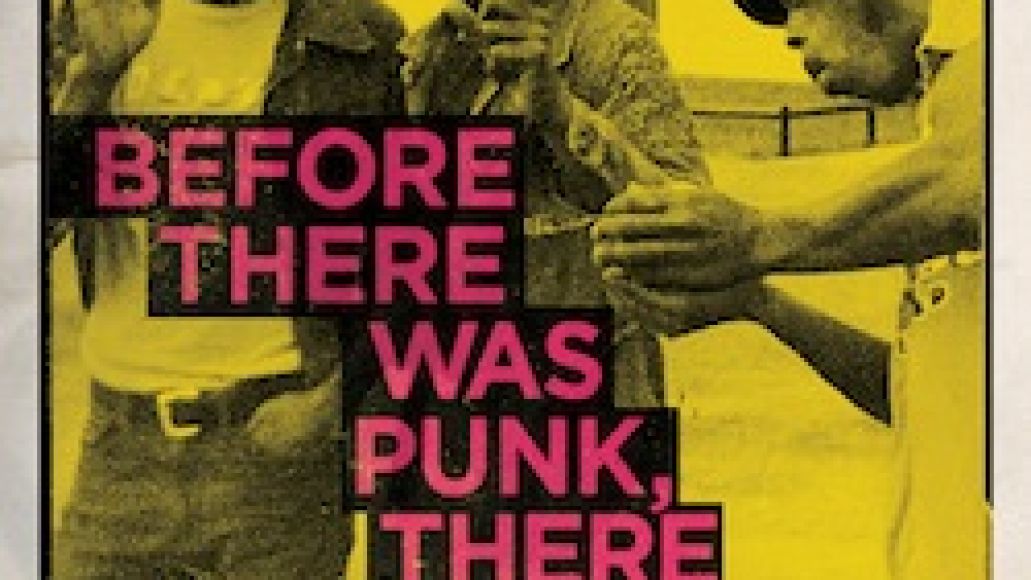 Death became one of music’s great what-ifs largely because they had such difficulty finding a label to release their album. As the story goes, even producers like the great Clive Davis saw the potential in their sound, yet the branding of the band (the name Death in particular) scared potential partnerships away. But the Hackney boys believed in their creative vision and refused to compromise. They tried self-releasing with a small run of 500 albums… leading to their master tapes sitting in an attic instead of being stored in a studio. As the spark behind the eventual attic recovery, this fact was not lost on Rough Francis.

“When you start a band and start writing music, it’s pretty much just you and the people you’re writing with—that’s all that matters,” says Bobby Hackney Jr. “You’re working hard every week, writing, practicing and trying to get the songs right. I could never imagine doing that labor of love—and it takes a long time to get to that point—then the worst thing ever: showing it to someone and being told that they don’t want to put it out or you can’t put it out.”

Luckily, times have dramatically changed. If Death came along even a decade later, they may have latched on to the larger self-release network of ’80s punk. Rough Francis comes along at a time when that mentality is ingrained in many musicians (“Obviously, we grew up in a punk background and we’re used to doing things on our own,” Hackney Jr. says) and the means to do it are easier than ever. So even though Rough Francis had success before this year—playing shows with The Men, OFF!, or Sic Alps; gaining notoriety with the Death covers; and releasing a 2010 EP—they decided Maximum Soul Power would come out directly through Bandcamp and Big Cartel.

Make no mistake about it, like most bands, Rough Francis would love to eventually work with a label and is open to wider distribution for their effort. But the experience of taking the process from start to finish (recording locally in Burlington) will teach them lessons Death never had the opportunity to learn. “It’s cool to see if you can pull it off on your own first before someone else does it for you—you’ll know what to demand from the label, what you need, what to expect from each other,” Hackney Jr. says. “You learn the business of putting out records on your own and then you can apply it to whoever helps you out in the future.”

Needless to say, if Rough Francis ever meets resistance like their father and uncles did, it won’t take 40 years for their music to get out. 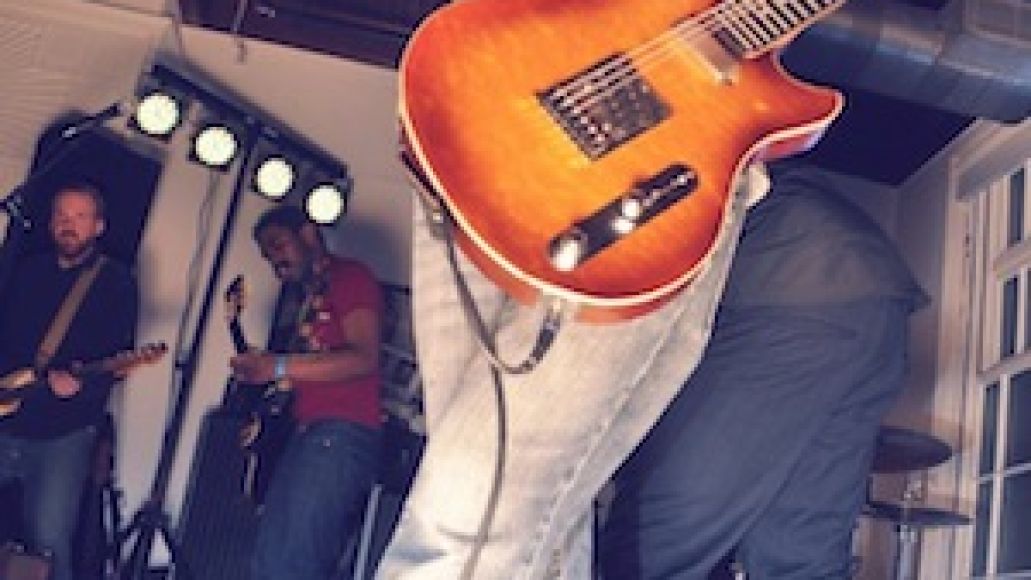 Rough Francis’ slow ascent highlights a big change in the punk landscape since the days when their father and uncles started. Today’s music community (fans, musicians, media, etc.) is not as segregated by genre or race as 1970s Detroit was. As A Band Called Death makes clear, the story of Death is notable because they were both a pioneering punk band and a black punk band. “Their time and place, it made them pretty punk because they went against the status quo, the norm in their community, by playing rock n’ roll and not funk,” Hackney Jr. said. “They didn’t care if people were telling them their music is too loud, their music is too fast, or they’re black guys playing white people’s music. By going against all the stereotypes, that made them super punk. It’s the punkest thing ever.”

Rough Francis hails from the punk and hardcore scenes of Vermont, where Hackney Jr. played drums in a few prior bands. You may imagine a specific demographic associated with the Venn diagram of “punk” and “Vermont” even today. But the younger Hackneys grew up there in local skating culture and Hackney Jr. remembers being into Black Flag and Minor Threat early on. Well, before hearing about the family business, that is. Hackney Jr. says he didn’t even know the members of Bad Brains were black when he began listening. “A part of me was always wondering, why am I into this punk stuff?“ Hackney Jr. says. “You know, anywhere in America, if you’re a young black kid, people assume you’re into hip hop and rap. And I love it, but I also like Minor Threat and not many black kids I knew were into that, too.”

So, Rough Francis is a punk and hardcore band and those areas may still be predominantly filled with white acts. But no one’s identifying Rough Francis as a black punk and hardcore band. No one’s even falling into the old sportswriting cliché and defaulting to interracial comparisons. Glance at reviews for Rough Francis and Hackney Jr.’s lead work gets Iggy Pop or Ian MacKaye mentions; the band’s sound gets tabbed like The Hives or The Who. References to acts like TV on the Radio or Bloc Party are nowhere to be found even if they share surface-level audio traits like a fondness for uptempo songwriting or fusing in a bit of funk influence. (See “Comm to Space” for an example of the latter, featuring audio from an old David Hackney prank call to start.)

“We kind of treat it as the elephant in the room and have a lot of fun with it,” Hackney Jr. says. “We‘re musicians and like all kinds of music and we don’t classify ourselves as an afro punk or black punk band. [It’s] me and my two brothers and our good friends who are white, we’re a mixed race band if anything. We just play music, love music and love all kinds of music. Music is one of those things that can bring everyone together, it doesn’t matter who’s playing it as long as it’s good. “ 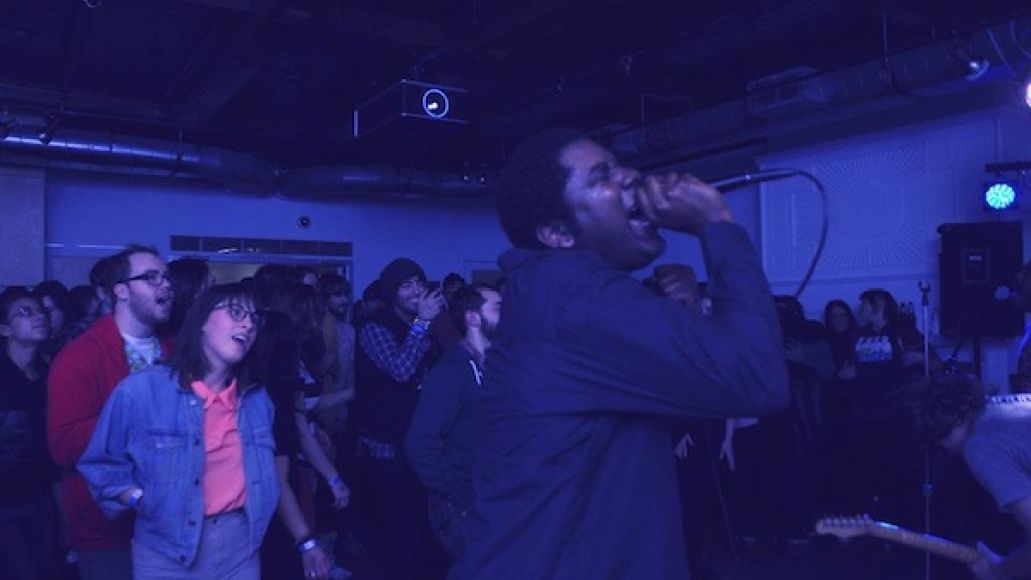 Though he wasn’t the lead vocalist, A Band Called Death does a nice job of portraying the late David Hackney as the band’s leader. He had a lot of the creative inspiration and demonstrated tremendous self-belief, like making the decision to say “no” rather than change the band’s name for a label. Even as the Death master tapes went into storage—at the time, perhaps the bleakest moment for the band to date—Hackney had a quick, assured response that became the film’s refrain: “One day, people are going to come looking for these. ”

Here, the Rough Francis story mirrors Death in an odd way. It may be easier now to release music, but it’s harder than ever to have people listen. The reasons for this are many and well-covered. Let’s just say when Death’s “Politicians In My Eye” had its brief local radio stint in the 1970s, that may have been more influential than your favorite music blog posting an MP3 today. So just as Death was helped tremendously by music die-hards finding their stuff online and spreading the word, Rough Francis is grinding away hoping for a similar effect. 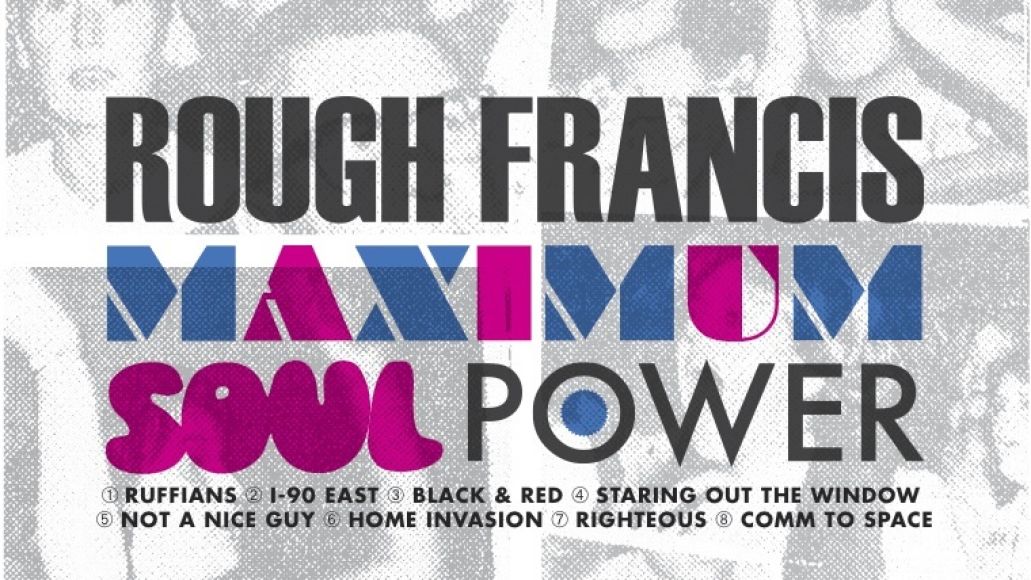 This starts with making the music available in whatever format a listener could want. And you can find Maximum Soul Power on vinyl, CD, cassette, or as a digital download. More than that, you need a product people want to get behind. Maximum Soul Power is a noteworthy release—27-ish minutes of hard, driving music that screams to be seen live—even in a year that has waves upon waves of them. It took awhile, but the band found a clear and engaging message to share with the world.

“After we stopped playing Death covers, we had a bit of an identity crisis as a band,” Hackney Jr. says. “Our musical foundation is naturally Death, but we had our own story to tell with its own spin on it. For a while, we were really hard on ourselves and getting a little stressed out because we didn’t know what direction to go into. But once we started to relax, we tapped into what our dad and uncles were tapping into in the ’70s. They wanted to play driving rock n’ roll that was energetic and had meaning. Loud and proud.”

The plan now is to get Maximum Soul Power to as many ears as possible, and Rough Francis is exploring their touring options. They were on the road with Death for a bit, they’ve done regional jaunts both in New England and out west, and they hope a full US trip is in their future. There’s no way to tell how it’ll all play out, but odds are their path only continues to diverge from Death’s tale from here. Rough Francis is headed in the right direction though. The Death documentary may have provided the small starting spotlight, but the band is earning their notoriety wherever and whenever it comes next.

“Sometimes there’s a certain time and place for music. It might not be received well to start, but it could be later on. Hopefully it’ll happen with us—someone will like our music,” Hackney Jr. says. “We haven’t had our biggest opportunities yet. We’re still waiting to get a support slot with a bigger band and get a bigger audience tuned in. At this point we’re still just getting started.”

Rough Francis Step Out of (A Band Called) Death's Shadow