Trappers and Philosophers is a new hip-hop column by Michael Madden. Today, in the first installment, he discusses the emotional gamut found within new releases from gangsta rappers Schoolboy Q and Lil Herb—plus, new mixtapes and a Lil Boosie playlist in light of the rapper’s release from prison last week.

Colors, the Dennis Hopper-directed police procedural movie from 1988, is just fine, even if it’s aged terribly. When I watched it a couple months back, though, I was disappointed that, despite the movie’s focus on the relationship between Los Angeles Crips and Bloods (though more focus is placed on Sean Penn, Robert Duvall, and the heavily mustached rest of the LAPD), the gang members in the movie are practically unknowable. Colors was one of Don Cheadle’s first movies—he plays a solemn, nonsmoking Crip named Rocket—but there was no indication that the 23-year-old from Missouri, in a blue bandanna like the rest of the Crips, was going to be the star he is today. There’s also the red-haired actor Courtney Gains, credited but never named in the movie as Whitey, who spends all his time on-screen with the same doofy face: everything scrunched, nose pointed at the sky, front teeth showing even though he’s not smiling. The assumption is that Whitey is stupid-high or maybe just plain stupid; the point is the movie doesn’t address it.

What’s missing from the Crips and Bloods of Colors is the dimension of, say, the irascible Roland Bishop (Tupac Shakur) in 1992’s Juice.  For their part, Schoolboy Q, with Oxymoron, and Lil Herb, with his debut mixtape, Welcome to Fazoland, don’t just depict gang life faithfully. (Q used to be an L.A. Crip, while Herb and the equally ascendant Lil Bibby are the most visible members of Chicago’s No Limit Muskegon Boys.) The two projects are vastly different in temperament, running g-rap’s emotional gamut from sorrow to celebration, peace to war.

It makes sense that the cold-blooded rap coming out of Chicago today might indirectly be related to a murder or two, just as Grand Theft Auto or anything else can conceivably inspire violence. Herb’s lyrics, however, are so clear that they thoroughly simulate the dark, twisted fantasies of shooters everywhere. Maintenance men mop up sidewalks crusty with blood. You learn that a stoplight is the most dangerous place for someone like Herb to be. On Fazoland‘s searing “All My Niggas”, he rattles off a way-too-long list of fallen friends—Kobe, Fazo, Peewee, it goes on. The PTSD symptoms of the first half are only a couple logical steps from the unrestrained trigger-happiness of the second. 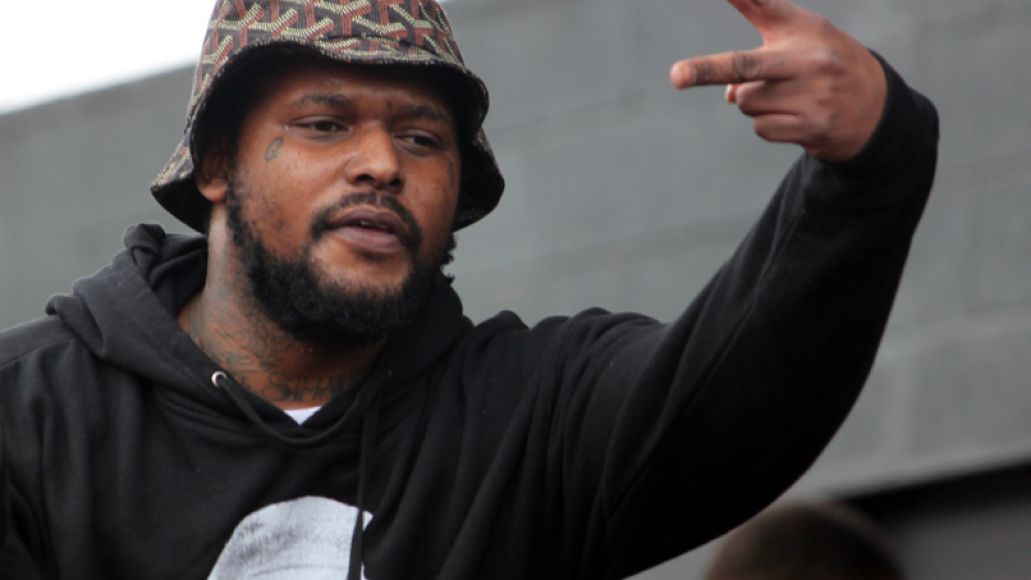 Equalizing Schoolboy and Herb in some ways the fact that they’ve both attended funerals at a rate of regularity that doesn’t arrive for most of us until after Social Security starts. But Q has grown-ass-man responsibilities that Herb doesn’t. A recurring reminder of this on Oxymoron is the voice of Q’s daughter, Joy, who takes the mic several times on the album. At one point, you hear the sound of her trying to wake up Daddy while he’s space-cadeting on one substance or another. Her job is to propel him out of his stupor, in more ways than one.

Q isn’t necessarily someone for Herb to look up to, and Q would be the first to admit that. But the realism of Q’s music is something all young lyricists should look to for inspiration. If Herb sees a problem, it might end with him squeezing a trigger and laughing it off. The environmental and familial obstacles of Oxymoron, meanwhile, aren’t so easily defeated. Theoretically (firing up the time machine now), if Herb had been consulted when Colors was being written and produced, he probably would have woven his own toughness into the characters of Rocket and Clarence Brown, the fleet of foot Blood. Under Q’s direction, the movie would have no doubt been truer to the way the human spirit rises and falls. Either way, Oxymoron and Fazoland are the best of their respective worlds, and it’s a blessing they were released around the same time.