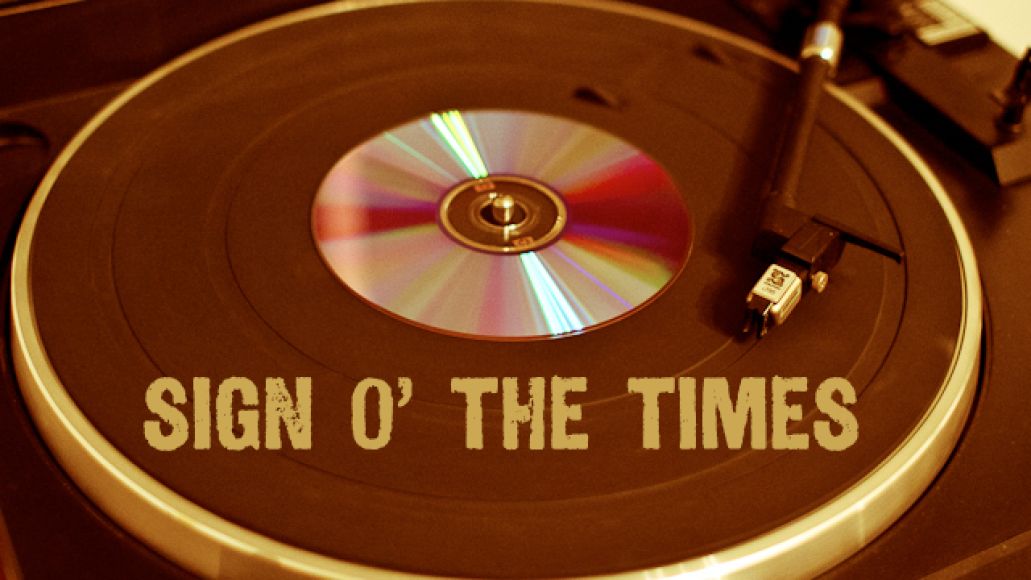 My interest in music has always been bigger than sound. As far back as I can remember, I’ve been fascinated by music’s ability to act as a window on culture at large. Music is my guide for making sense of the world, and figuring out my place within it.  Join me as I explore the relationship between trends, technology, media and ourselves through the context of music.

Two years ago at the behest of every music obsessive in my social network, I packed a few days’ worth of belongings and headed to Austin, Texas to lose my South by Southwest virginity. Of all the music festivals, it seemed like the place I most belonged—which is precisely why I’d been avoiding it. I’d read enough to know it was no blessed ground of musical morality; beyond the festival banners SXSW is an established company celebrating their 25th anniversary this year, who generated over $100 million in revenue for the local economy in 2011, and whose growing relationships with corporate entities have been publicly scrutinized. But with thousands of musicians playing hundreds of events, I envisioned SXSW as a home where my most basic belief of what it means to be a fan–to approach the unknown with eagerness–lived en masse.

I remember the exact moment when it became clear to me that the Internet would forever change my relationship with music. It was 1998 and I was a freshman moving into a crowded co-ed housing tower at Virginia Tech. We carefully unpacked our hefty desktop computers from their cow-spotted Gateway boxes. For many of us they were the first we’d call our own. The building boasted a high speed network which included the ability to browse—and download—one another’s files. Today such an oversight would be considered catastrophic, which just goes to illustrate the rapid acceleration of technology and our unflinching willingness to adapt. There I was, huddled with my roommate around her glowing monitor, poking fun at one hallmate’s Wang Chung collection and downloading 2 Live Crew through another’s. Of course, this didn’t last long. The network was locked down before the end of the first semester and it was back to swapping CDs. But the electricity remained; I had stumbled on a preview of a grab-it-now, consider-it-later future which I was hungry to embrace.

Fast-forward. I’m having a hard time concentrating on writing this afternoon. I downloaded the new Memoryhouse album; it made me sleepy. I downloaded the new Ting Tings album but I’ve never liked that band, why would today be any different? I type p-i-t-c-h-f-o-r-k-.-c-o-m into my browser, load The Hype Machine, check my SoundCloud DropBox. I have six tabs open, each one promising a unique music discovery experience. They all succeed at the same thing–inciting frustration. Pitchfork requires too much of my attention; there’s an overwhelming amount of content to read, organized to ensure I click from one piece to the next and stay awhile. I’m a sucker for Rdio’s glossy look, but put a search bar in front of me and I go blank. Even if I get past The Hype Machine’s multiple pages of remixes, mash-ups and covers and stumble on greatness, it’s over in four minutes, 30 seconds and the search begins again. An hour passes and I’ve forgotten what I was supposed to be working on. Now I’m refreshing Twitter, hitting the Like button over and over on Facebook. I’ve steered past the point of no return, combating my lack of productivity with less productivity.

This scenario is beginning to feel all too familiar. Attempting to keep up with a topic as broad as new music is next to impossible. You’re chest-deep in a field of sludge, fatigue multiplying with every motion, praying for the appearance of an overhead branch by which to pull yourself to freedom. The tools designed to help us navigate the terrain only add to the excess, each offering their own respective immersive experience. To blame these tools though is unfair. The conflict doesn’t lie in the intent of these applications, but in our replacing of natural experiences with technology. We’ve been romanced by slick interfaces and algorithms tailored to our taste. We have more friends online than offline. We’ve taken up digital residences and it’s fundamentally altered how we experience everything. Back in that Virginia Tech dorm room concentrating never seemed this difficult. The perfect soundtrack was as close as the well-worn collection of alphabetized CDs that lined the wall opposite my bunk. Here and now, I can’t remember the last time I heard about a new artist by a means other than hyperlink. We’ve buried our human curiosity under a mountain of username/password combinations. We’ve become dependent on connecting with each other, to connect with music.

After I checked-in to the Omni Southpark, I threw my bags on the bed and let all of Austin know I had arrived. My phone lit up with more activity than it had seen all year. “Where u at?” asked multiple texts from unfamiliar numbers. Twitter was a deafening beast drowning out all in its path with a mighty roar; at that moment, Broken Bells were “killing it” in a parking garage and I had to be there. I hadn’t even made it onto the shuttle bound for 6th Street and already the music became secondary to the meet-ups.

My mental image of a sunny boulevard where strolling couples exchange stories of their favorite new bands over tacos was naive at best; a scene from a stock photo affixed to the grave of the A&R industry. I was in the thick of musical Mardi Gras–and that line of several hundred people over there–they’d been queuing for the evening’s showcase since before noon. The longer I wandered the downtown stretch, the more disconnected I began to feel from my surroundings. I went through the motions. Met up with friends, took full advantage of the free alcohol, and stood elbow-to-elbow watching the same flavor-of-the-month bands that had toured through my home city weeks earlier (spoiler: they sounded exactly the same). The show four blocks west with 10 people in the room was where I wanted to be, but I never made it. Instead, I returned home with the sickening awareness that I’d tweeted more than I’d participated. I’d discovered nothing.

The danger in leading over-connected lives is losing the ability to act on our individualism. Technology has become so ingrained in our routines that we naturally adapt to new innovations without consideration. The relationship between our beliefs and our behaviors is disintegrating alongside our attention spans. My definition of what it means to be a fan never left my thoughts during SXSW, but proved a poor opponent to the digital noise of my music-loving peers. I wake up each morning, turn on the computer and feel like I’ve stepped into a stadium. My once upon a dorm room hunger for the future has been replaced by fatigue and yearning for the past. I miss my shelves of CDs with their scratches and ratty inserts. I miss the feeling of being disconnected.

I’m giving SXSW a second chance this year and issuing myself a challenge. I’m blowing off my friends for one afternoon. I’m ignoring the schedule app downloaded to my iPhone. I won’t be checking my Twitter feed. I’ll walk into the closest bar and give the band onstage my undivided attention. Then, I’ll walk into the bar next door and do it again. I’ll dedicate three hours to experiencing music unplugged and free of context. Maybe I’ll hate every band I hear. Or maybe I’ll find my perfect soundtrack. Regardless of the outcome, I’m eager to embrace the unknown.

Sign O' The Times: Chest-Deep in a Field of Sludge