Component is a section of Aux.Out. for one-off pieces, special editorials, and lost orphans of the music discussion. Today, Daniel Kohn introduces us to David Lemieux, famed taper of The Grateful Dead.

David Lemieux remembers the first time he ended up in the taping section at a Grateful Dead concert. In February 1989 at the Henry J. Kaiser Convention Center in Oakland, after already hearing and owning between 500 and 600 tapes of live Dead material, he finally decided to venture into one of the most coveted sections to see the legendary jam band. He flew down from his then home in Eastern Canada to see the Dead perform at a 5,492-seat arena — what could be considered a small show for them. Though he’d seen the band play numerous times before, he finally decided to plunk down the money for taping equipment and give what he’d heard passed around through the years a shot of his own.

“Seeing them for the first time in the taping section, I realized how vibrant and alive the sound was,” Lemieux says from his home in Canada. “You get some feeling from the tapes, but there’s nothing like being in an arena with 18,000 people.”

For years, the Grateful Dead were known for their adventurous live shows, which were captured by a small group of tapers among their audience. The Dead rarely sold as many albums as their contemporaries, but their acceptance of tapers and the influence they had in spreading the word about the band helped them build their legend. Through the live tapes that circulated among their fans, the Dead were able to build a fan base organically, and thus, their influence could be calculated far beyond what their record company thought their reach would be. 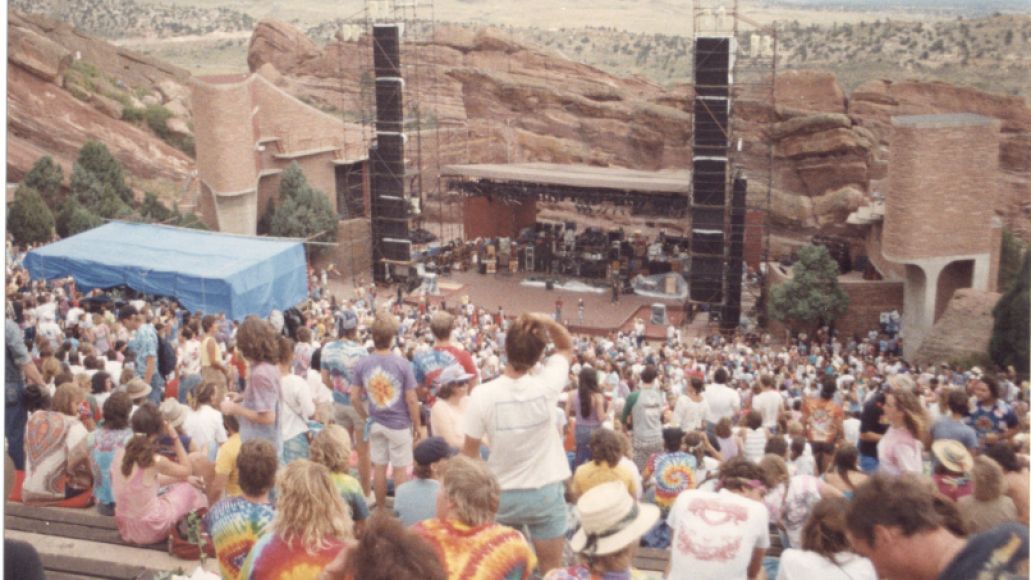 It was the desire to capture these moments that led Lemieux to taping for himself. He was first introduced to the taping world as a teenager by his friend’s older brother. When he was told to bring over a box of TDK tapes, Lemieux says he was baffled. How could anyone consume that much music without it getting repetitive? Alas, as he discovered, he was the narrow-minded one. Those 20 shows ended up serving as the backbone of his Grateful Dead education.

“I laugh now thinking about it,” he recalls, “because those shows ended up being all of the classic shows that have been released officially.”

Though he’d been an amateur taper through the years — sitting in the crowd — the primary reason he ended up in the taping section that night in Oakland was because, as a fan, Lemieux simply wanted a great product to jam on while he navigated the treacherous traffic jams that ensued after Dead shows.

From 1989 to 1991, Lemieux was a staple in the Dead’s special taping section near the soundboard. If he wasn’t able to make his way in to the section, he could be seen up in front of the soundboard setting up shop. He estimates that he taped between 50 and 60 Dead shows.

After 1991, as much as Lemieux loved going home with a souvenir of what he had just witnessed and heard, the taping process eventually became too much of a chore and took away from his enjoyment of the show.

“I certainly wasn’t one of the bigger tapers in the scene,” he says looking back at his time as a taper. “I was just doing my thing. [The tapes] sound OK, but not great, and I wasn’t one of the better tapers. However, for me, it was about the thrill of being able to drive out and listen to the highlights of that night’s show, and I really liked that.”

But he was a fan of the tight-knit taping community, even if they’d sneer at him because he wasn’t as advanced as some of the engineers in the section. Despite their differences, the sense of community that came from the desire to document a show is what held the tapers together.

“You’d see the same people at the same shows, and you’d get to know everyone,” he says. “You’d see people and be able to rely on them to get copies of the shows you couldn’t go to.”

For years, Dick Latvala was the Grateful Dead’s tape archivist and curated the popular Dick’s Picks series. Over time, the sets became hotly sought after. The intention of these releases was to provide a snapshot into a particular period.

While working on his master’s degree in film archiving at a university in England, Lemieux needed to take on an internship. Through a mutual friend, he was introduced to Latvala via email in 1998, and he asked to learn from the Dead’s legendary taper how he preserved the band’s vast archive of live shows. He didn’t expect to hear back from Latvala, but he figured it was worth a shot.

A week before he headed to California for a show by The Other Ones, Lemieux finally heard back from Latvala. The two met and Lemieux was shown the Dead’s vault and given a lesson on how the archive was maintained. He was also introduced to band engineer John Cutler, who gave him a tour of the band’s studio. It was a dream that every Deadhead wishes he or she could have experienced.

Though he worked primarily on video at the time, Lemieux wrote both Latvala and Cutler a thank you email, adding that if they needed anyone to assist them with the band’s massive video collection, he was their guy. A week after his note, Cutler responded that they’d love to have him aboard, and Lemieux began helping the team with the cataloging of upcoming DVD releases. 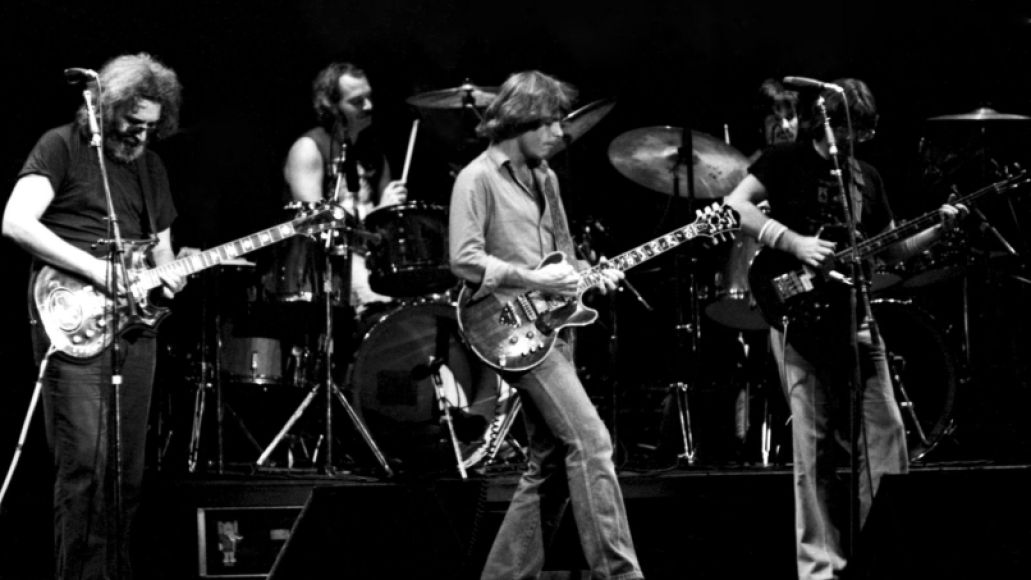 In 1999, when Lemieux was getting ready for another drive down the coast to Northern California from his home in Canada, he received word that Latvala was in a coma. A few days later, he was dead.

Lemieux was heading back up to the Great White North a few weeks after Latvala’s death when he received the offer to stick around the Bay Area and take over for Latvala. Hearing those words, despite the sad circumstances surrounding them, was a life-changing thrill for Lemieux. He’s been the Grateful Dead’s archivist for nearly 16 years now.

Over the past few years, Lemieux has grown in Grateful Dead folklore. He picked up where Dick’s Picks left off. Starting in 2012, the series, now known as Dave’s Picks, serves as Lemieux’s way of maintaining the Dead’s legacy by hand-selecting the live shows that should be consumed by the masses. Lemieux seeks shows to release based on a number of factors, including what’s already been released, what era has yet to be sufficiently covered, and what distinct shows deserve to be unleashed upon Deadheads. Calling it a “gut feeling” and going with instinct, Lemieux is now the purveyor of what live shows are released to the legions of remaining Deadheads. His Picks are limited in number, available by subscription four times per year, with the remaining sold on the Dead’s official site.

“I listen to the shows that I’m going to pick relentlessly ahead of time, so we’re never scrambling to put something out,” he explains. “There’s always a few shows I’m absolutely confident in, and I bounce it off the team to see what they think before we release it. Sometimes there’s a good show, but if it’s not great, we won’t put it out there because we want it to be the best Dead of that particular era and to protect the Dead’s legacy.”

As a teen, if you told David Lemieux he would be in charge of the Grateful Dead’s decorated archive library, he would have thought you were nuts. As he’s come to realize, however, not only does he have the best job in the world, listening and culling all the Dead’s releases, it also comes with great responsibility. So far, the reception of Dave’s Picks has been universally supportive, and his Picks manage to keep Dead fans on their toes, waiting for what’s coming next.

“Being able to be part of maintaining the Dead’s legacy is an honor beyond what I would have ever expected,” Lemieux says. “Hopefully, I’ll keep on making them proud.”

Daniel Kohn is a freelance writer based in Los Angeles. His work can be seen in LA Weekly, OC Weekly, FILTER, Vice, and more. You can follow him on Twitter.