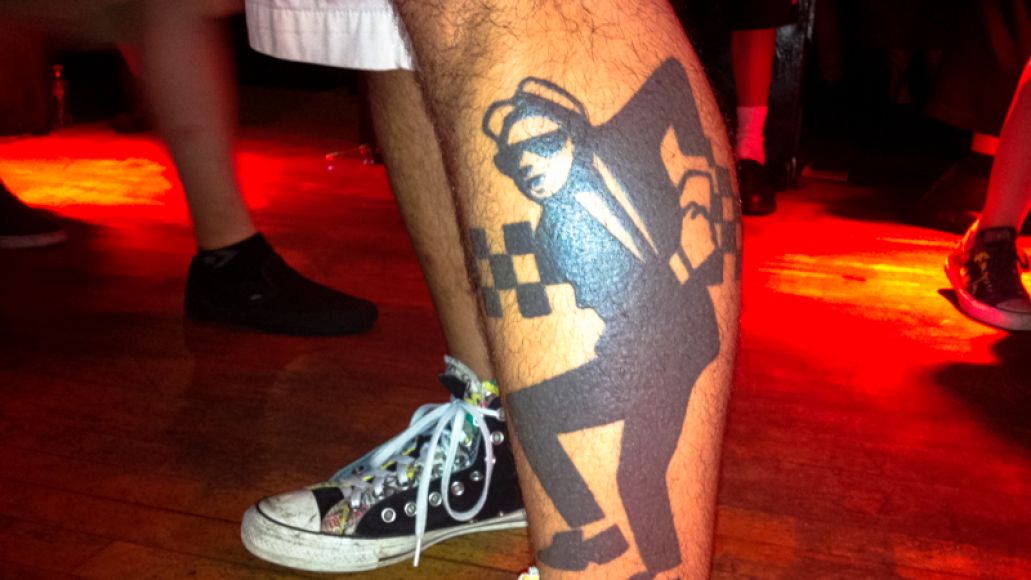 Full disclosure: I have a ska-inspired tattoo. There are checkers. There are flames. Some dude named Lucky seared the crude design into my flesh when I was 18. He did an awful job, I might add, especially for two-hundred bucks. I mean, it kinda looks like dog shit. The lines aren’t straight. The flames suck. The color quickly bled out.

Yet there it is, faded and imperfect. That crowning tribute to the music that had kindled my awkward, 14-year-old being and then set the offbeat rhythm to my next four years. I had spent summers boxing soap to buy CDs off the Moon Ska catalogue. I had piously buckled before the altar of The Skatalites, The Specials, and other immortal acts. In high school, I had played in the requisite eight-piece ska band comprised of jazz nerds, dopers, punk rockers and a few immensely talented musicians. We called ourselves the Jive Bombers.

Thirteen years later, my ink-stained arm is this paling reminder of that strange – and mostly ignored – moment in American music. It never fails to get a good laugh. Friends have ribbed me at summertime barbecues. I’ve been heckled by strangers while walking along Sixth Avenue in Manhattan. Hell, even my fiancé will get her digs in during a lazy morning in bed every once and a while. 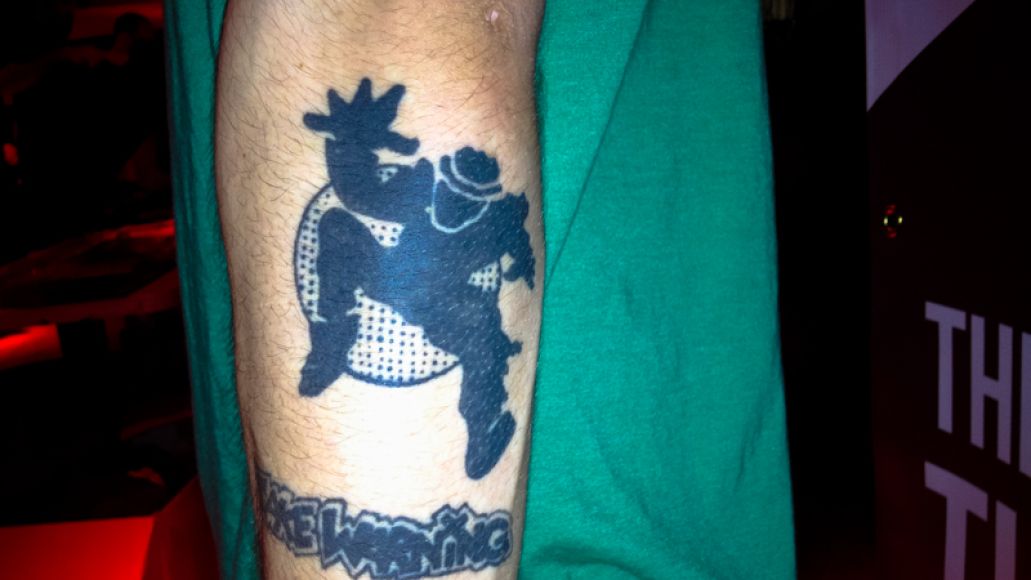 There’s an implicit punchline behind any reference to American third-wave ska. Inevitably, it conjures cartoonish images of frenzied dancing and all kinds of conspicuous fashion statements. The bubbly 2-4 beat and bombastic melodies that defined much of the genre are characteristically uncool. To boot, its cultural tidemark was a two-hour special called “Skaturday” hosted by Carson Daly at the MTV Beach House in 1997 (which, somehow, bears no footprint across the vast World Wide Web, save for a few references in long-forgotten chat rooms).

Turns out the joke might be on an awful lot of us. Legions of ska freaks poured into New York recently to have their collective minds blown during a marathon romp through the music’s checkered past. Some twisted genius at Asbestos Records – a Connecticut label that’s spent years reissuing classic third-wave albums – dreamed up the two-day festival at Irving Plaza, booked 16 storied acts and called the whole goddamn mess The Apple Stomp. It was as much a reunion as it was communion for what is now three generations of ska faithful here in the states. Like the shitty and not-so-shitty ska tattoos many of us wore, it was a defiant display of the music’s stubborn and enduring presence. 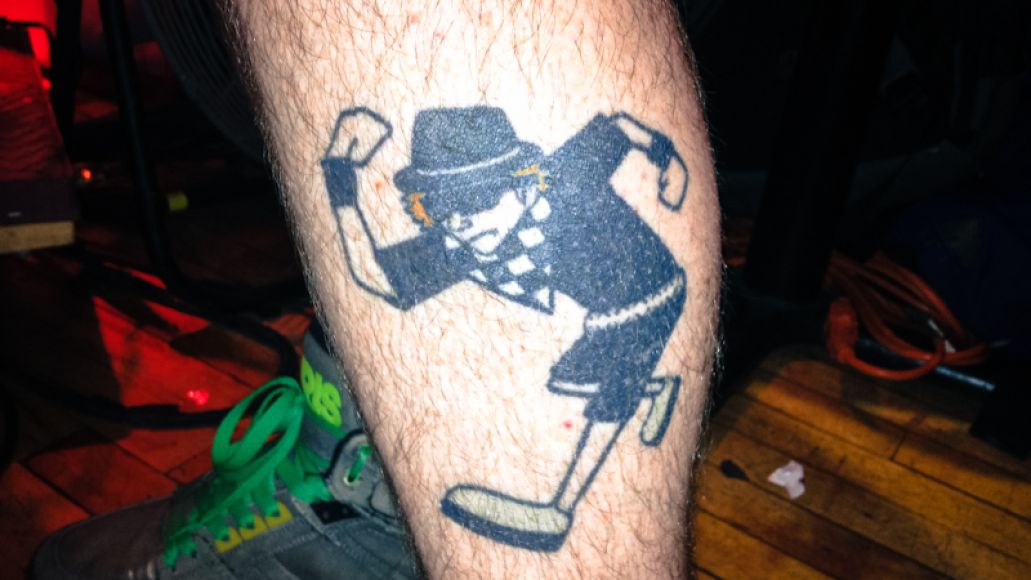 I can’t vouch for the voracity of Friday night, but Saturday’s nine-hour, nine-band blitzkrieg was a joyful occasion. It was also a test of willpower and fortitude. The show started at 4 p.m., during the middle of three-day heat wave that skewered the city and gave way to a surge in street violence. On top of that, Irving Plaza has a no re-entry policy, barely serves food and slings booze on three separate floors. It was a nightmare scenario in the making.

Yet it’s hard to remember a show in recent memory where so few fans stared dully at the stage through their iPhones or Androids, or where so many swayed in ferocious harmony for hours on end, belting the lyrics to practically every song. People had driven from Boston. They had Bolt-Bused in from D.C. and flew from the Midwest. One group of friends even spent 19 hours on a train they caught in Florida. All to capture 30-minute sets by the Scofflaws, Pietasters, Mephiskapheles and others. They were teenage rude girls and aging skinheads, spastic frat boys and Mexican punk rockers. The river of Fred Perry shirts and short black skirts, fedoras, ties and checkered-anything endlessly flowed through corridors and staircases. 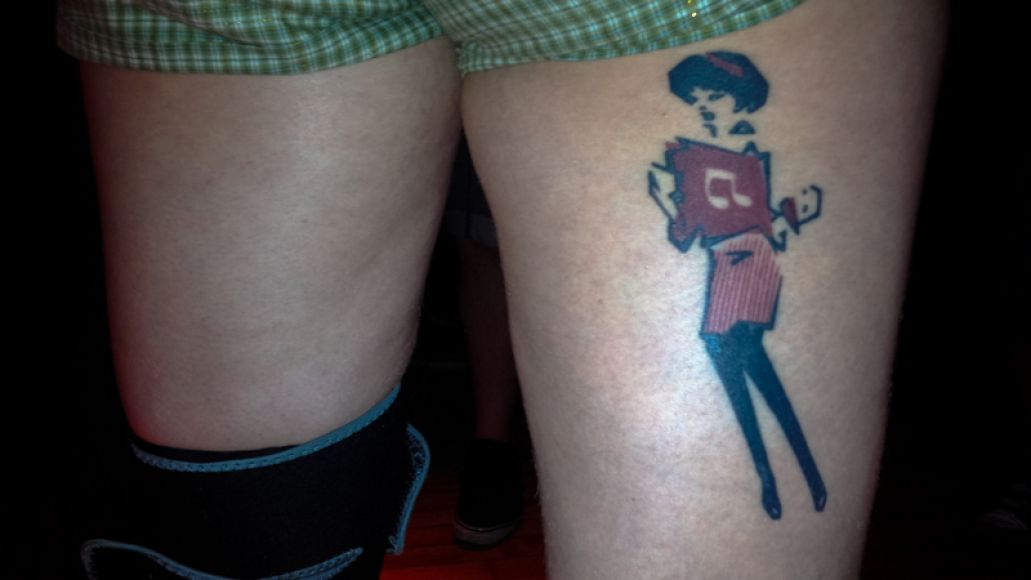 The motley crowd had spilled into every corner of the 1,000-person ballroom when Boston’s Westbound Train – the third act of the day – took the stage around 6 p.m. As the group ripped into renditions of “Bigger Things In Mind” and “Check Your Time,” the dance floor erupted. Plumes of reefer clouds wafted like cryptic smoke signals toward the rafters. A sea of bodies churned and skanked. All the while, front man Obi Fernandez kept the assembly dangling from every hook and singing along to every chorus.

It was all uphill from there. By the time St. Louis’ MU330 took stage three hours later, the crowd had already assumed the ecstasy of a Dionysian cult. People were sufficiently buzzed and howling. Smells of sweat and stale beer melded into an inescapable funk. Dance floor scum clung to hundreds of sticky shoes.

In a moment of unintended alchemy, MU330 guitarist and singer Dan Potthast asked for a member of the audience to come on stage and play on the next song. Tony Farah, a fresh-faced kid from Gainesville, Fla., rose to the challenge. He grabbed Potthast’s axe, strummed a few chords, then flawlessly slayed the song “La” with the rest of the band. The crowd went ballistic. After the set I asked Farah for his age. He said he was 24, which would mean he was only seven when “La” was recorded for MU330’s Chumps on Parade in 1996. And don’t think I didn’t ask about ska tattoos: Farah got his first when he was 17. 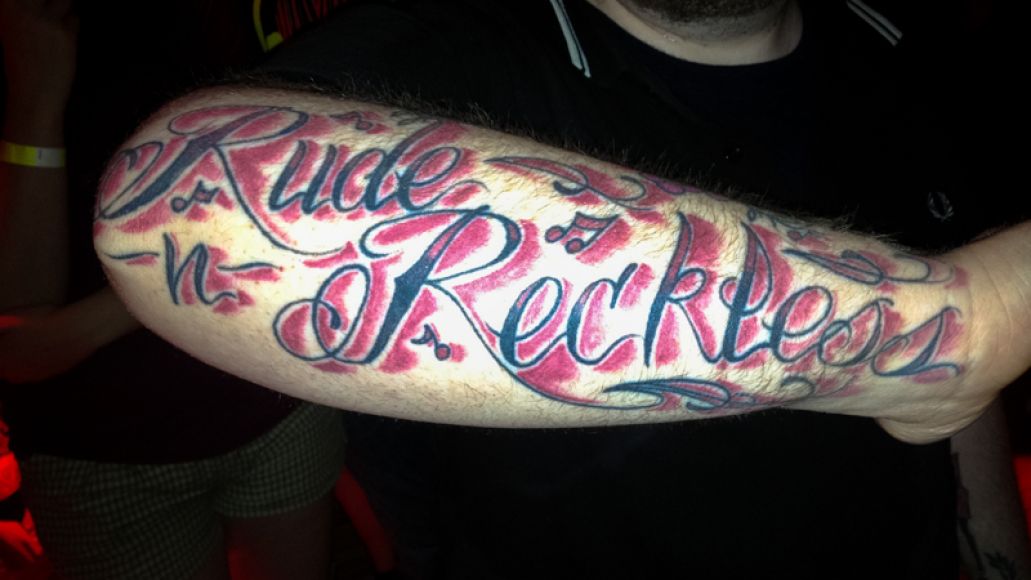 The night would grind on. Incessantly. The Pietasters’ booze-fueled ballads were as sloppy and libidinous as they were when I saw them the first time in 1997, with Steve Jackson seamlessly weaving between bar maids, unattainable love and one-night stands. The Scofflaws’ stoned and irreverent tunes turned the best traditions of jazz and Jamaican music on their heads for the umpteenth time.  And nobody was about to raise a stink over Mephiskapheles’ Satan-worshipping, metal-satirizing antics.

But it was the Slackers – who, without a doubt, will go down as the greatest American ska band of all time (a subject for another time) – that would bring this strange and wonderful evening into perspective. Halfway through a set filled with soulful wisdom and beautiful heartbreak, the band broke into winding version of “No Love”. As the reggae rhythm relaxed into a dub groove, Slackers’ front man/keyboardist/balladeer/hopeless romantic Vic Ruggiero began speaking into the mic. At 41, he was now the age of the man who – old before young – wrote the quintessential albums Red Light and The Question nearly 16 and 15 years ago, respectively.

“I don’t know, guys,” Ruggiero said halfway through a rambling soliloquy that seemed to touch on romance and rejection, but was about so much more.

“All these years,” he continued with a self-conscious grin. He paused to stare at the swaying spectacle before him. Drunk. Exhausted. And undeniably blissed out.

At that moment, everyone knew the answer to his question. –Shane Dixon Kavanaugh

The Apple Stomp in NYC: Revisiting Ska's Checkered Past