Component is a section of Aux.Out. for one-off pieces, special editorials, and lost orphans of the music discussion. Today, Sarah Kurchak instigates the strange rise of The DeFranco Family in ’70s small town Canada.

No one really knows how or why a makeshift Tiger Beat scout wound up in Welland, Ontario, Canada, in the early ‘70s. The blue-collar, almost-border town was over 2,100 miles from Los Angeles by air and might as well have been on another planet psychologically.

It was the kind of place that offered well-paying factory jobs, affordable family homes, and safe passage between Lake Ontario and Lake Erie via its eponymous canal. Its primary exports were steel and the occasional pro hockey player. Presumably, Welland had just as many talented and/or photogenic moppets as any other small town, but no one had ever thought to look for them there. And none of those untapped heartthrobs ever expected anyone to discover them.

Strangely, though, they did.

Benny, Marisa, Nino, Merlina, and Tony DeFranco, five musically inclined siblings who had recently moved to Welland from the neighboring town of Port Colborne, were just going about their business as The DeFranco Quintet, playing instrumental standards at local weddings and parades, when someone materialized at one of their gigs like a Hollywood fairy godmother, took their photo, and sent it to their friend Chuck Laufer, the head of Tiger Beat. Laufer liked what he saw and flew the whole clan down to Los Angeles to take some photos and record some demos. Within a year, the newly christened DeFranco Family left Welland permanently and set up shop down south. Within three, they had racked up a handful of Top 40 hits, multiple appearances on The Mike Douglas Show and American Bandstand, and spreads in a staggering number of issues of Tiger Beat. By the late ‘70s, they had disbanded. But until a young Stratford, Ontario, boy named Justin Bieber sang his way into the hearts of pop fans everywhere (and subsequently smirked and pissed his way back out of them again), The DeFranco Family were small town Canada’s biggest — and maybe only — overnight success story.

I discovered The DeFranco Family just over 20 years later, in my family’s basement in Welland.

While my mother transferred a load of laundry into our temperamental dryer, I poked around on a nearby shelf. In between the Marineland glasses from the ‘80s and the collectable Pizza Hut water bottles from the early ‘90s, I found an old, wooden ruler with the remnants of a name scribbled on the back.

“Oh, that must be Tony DeFranco’s ruler,” Mom said. Tony, she explained, was the lead singer of a local family band who had enjoyed some international success for a while in the ‘70s. Before they’d made it big, she’d gone to school with the eldest brother, Benny. My aunt Karen had been in the same grade as Tony and had expropriated his school supplies because she helped herself to all of her classmates’ rulers back then. And somehow Tony’s had survived and become a nominally prized possession in our family.

This struck me as absurd. A famous family from Welland?

“I got those for the DeFrancos,” Mom explained when I confronted her with the evidence. Sure enough, there was a spread on Tony and the gang in each one. It was easy to find the articles once I looked inside the magazines. They were the only pages that remained untouched by her scornful teenage scribblings.

This was when I realized The DeFranco Family had a strange and powerful hold on my small town. I decided to explore how bizarre it must have been for everyone back then.

“Why the heck would you be doing this?” Karen’s friend Cheryl asks over the phone, before I even get an actual question in about the DeFrancos.

I tell her that I grew up hearing about the DeFrancos and have spent my entire adult life reading and writing about small-town kids making good. This time, I wanted to know what the story looked like from the other side. What’s it like to watch your neighbors and classmates suddenly become famous?

The DeFranco Family, for the record, had a gold-selling, top-three single on the Billboard charts in “Heartbeat, It’s a Lovebeat”, which was also No. 1 on the Cashbox singles chart, and spent the entirety of 1973 hovering around the top position on Chicago AM radio station WLS’s chart. They also had two more Top 40 songs in “Abra-Ca-Dabra” in 1973 and a cover of “Save the Last Dance for Me” in 1974, along with nine appearances on American Bandstand, countless teen magazine profiles and photo shoots, and one minor teenage riot at a show in Chicago.

It may have been fleeting, but it was definitely fame while it lasted.

Cheryl laughs and breaks into the chorus of “Heartbeat”.

“I was in love with Nino,” she says. “I kissed him, actually. I actually kissed him.” 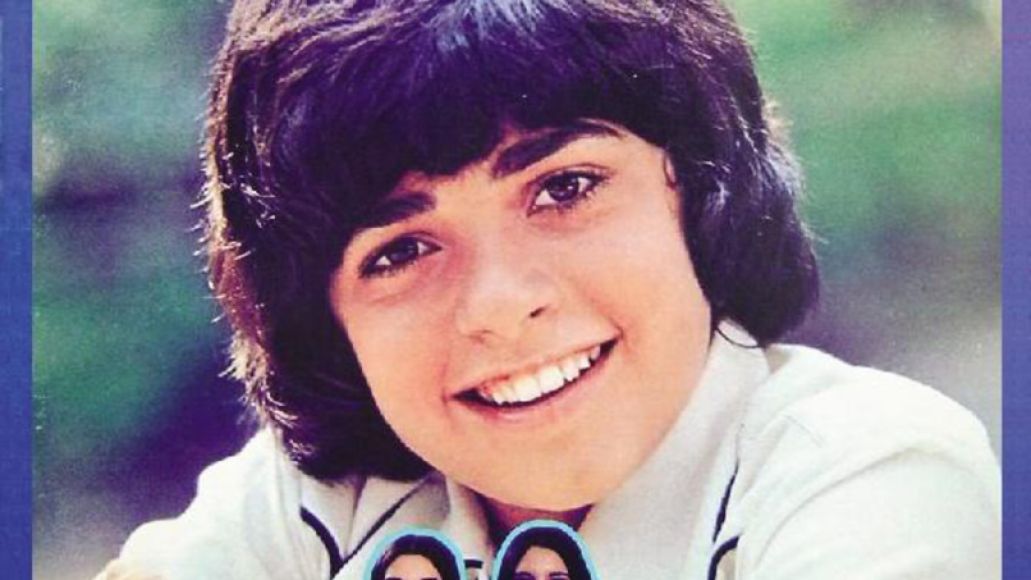 Cheryl befriended the entire DeFranco clan when they moved into a house on Welland’s South Pelham Street. They became part of the group that she hung out with at the park down the road.

“They were like normal, everyday kids from what I remember,” she says. Everyone knew that the family had a band, but the DeFrancos themselves didn’t talk about their music much.

“When they lived on South Pelham, they had a little studio set up in the garage, but I never had the opportunity [to see them play]. I don’t know if they ever performed for us at the school or anything like that.”

“Tony [the lead singer] was very shy and humble. He didn’t speak too often. If you said hi to him, he would say hi back, but that was it,” Michelle Houle, another DeFranco classmate who now splits her time between Welland and Western New York, says about her memories of the band. But that’s about as much as she knew about their musical pursuits.

When the DeFrancos moved to Welland, Benny joined the Centennial Secondary School band. He was so unassuming that his fellow horn players — my mom, Jane Kurchak, and her friend Leslie Moxon — barely noticed him at first.

“For a long time, he was just the shy guy,” Mom recalls. “I mean, he talked, he was very friendly, but he was the shy guy that sat beside me and played trumpet.” 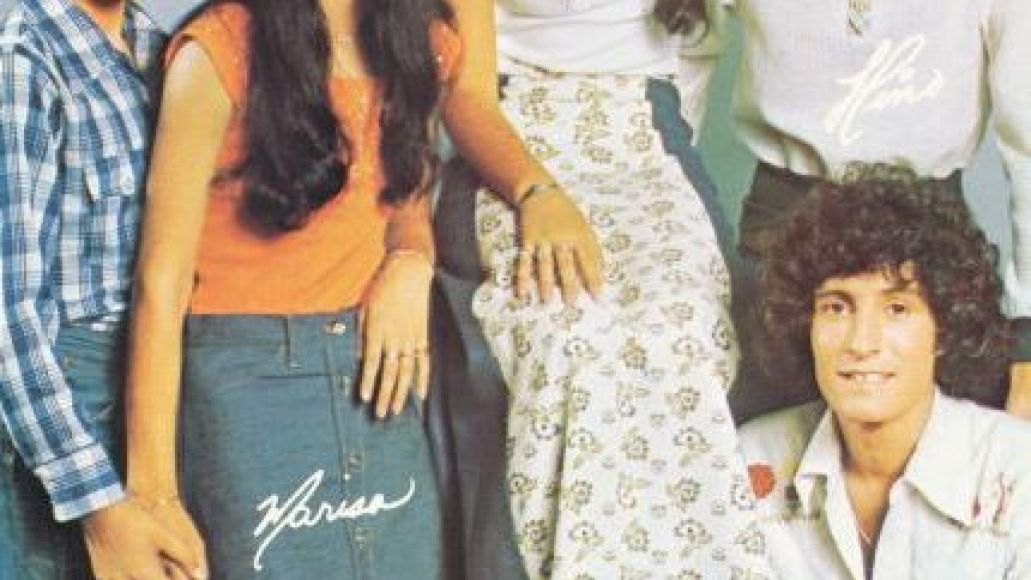 At some point, the fact that he was in a band with his siblings started making the rounds. Even before Los Angeles started calling, this made him a bit of a novelty.

“I think it got around pretty quickly because that wasn’t typical in Welland, either. ‘What do you mean you sing?!’”

Aunt Karen had no clue who Tony was or what he might become when they attended Fitch Street Public School together. Cheryl says Karen hung out with them, but my aunt doesn’t actually remember this. To her, Tony was just another victim of her school-supply crusade.

“It was part of my ruler campaign!” she laughs when I bring it up. “Honestly, it’s true. I collected rulers. I had a hundred rulers. And then I found a ruler that was Tony DeFranco’s.”

“I don’t think anybody ever realized how talented they were or that they were the next Osmonds,” Cheryl says. She did, however, discover Nino’s heartthrob potential before Tiger Beat and swooning teens across the rest of North America.

Tony was the band’s main dreamboat at the height of their fame, but both Benny and Nino had their share of admirers, too. Once young fans across the continent started squealing over her former crush, I ask, was there a part of her that thought, “I saw him first! I kissed him first!”?

“Yeah!” she exclaims. She wasn’t jealous, but she had her little claim on him. 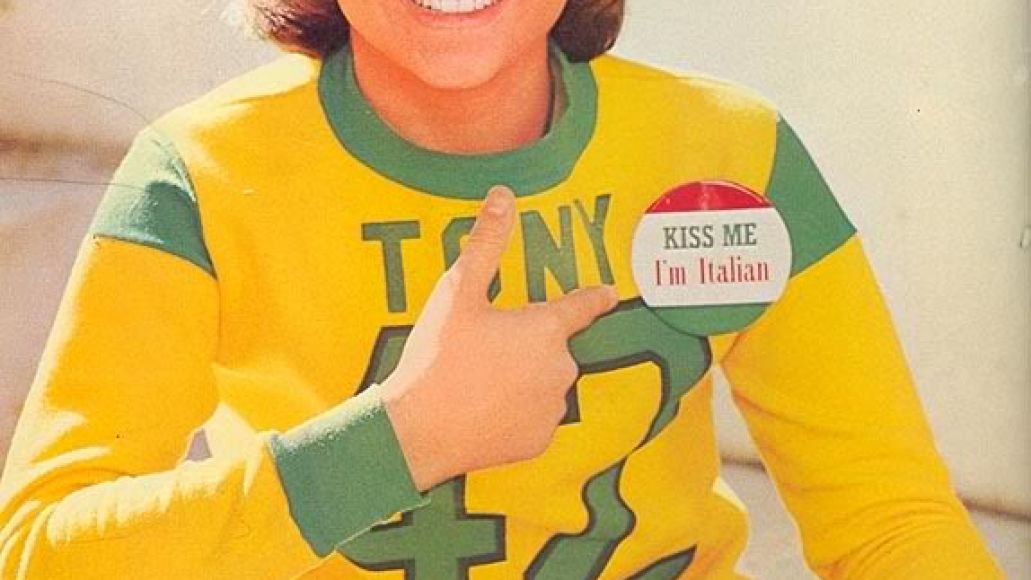 Everyone that I talked to knew that the DeFrancos were going somewhere before they left town for good, but no one remembers the DeFrancos themselves ever saying anything about their trips to Los Angeles, their demos, their photo shoots, or their contract negotiations.

“It was high school. People talked,” my mother says when I asked her how she knew about what was starting to happen to them. “They had to have talked about it, or family had to have talked about it for it to make its way into the school. I don’t know exactly. It’s not like there was a definitive moment where it was like, ‘Oh! They’re going to be famous!’ It brewed. They were doing this. Then they were doing that. It was a process, and we all sort of grew along with it, and then it was like the little birds flew out of the nest.”

The DeFrancos disappeared from Welland almost as quickly and quietly as they arrived. One day they were there, and the next they had moved to Los Angeles. Most people back home didn’t hear from them again until they debuted their new bubblegum sound and their matching sequined outfits in 1973 with that signature single “Heartbeat, It’s a Lovebeat” and the album of the same name.

“Heartbeat” was probably the second biggest thing to happen to Welland in 1973, next to the opening of the new Welland Canal. (The DeFrancos may have sold an impressive number of issues and LPs, but the canal came with its own commemorative mug, which I own for some reason.) Although they were usually hailed as being “from Canada” in American media most of the time, those rare occasions when the DeFrancos’ hometowns got the occasional shout-out was a badge of pride for the kids who were still back there.

Frankly, Karen, Cheryl, and Michelle were close to Tony’s age (13 in 1973) and already big fans of other musical family acts like The Osmonds and The Jackson 5, so they probably would have loved The DeFranco Family regardless of where they came from. But being one degree of separation from Heartbeat-mania certainly added to it.

“They reminded me of The Osmonds. That was cool,” Karen says. “I think we were kind of like, ‘Oh wow! They’re from here!’ And he was cute.”

Cheryl was a little more invested, following their TV appearances and buying every magazine she could get her hands on.

“I followed them like a groupie!” she exclaims. “I mean, they were our friends. We grew up together.”

The Brief, Unexpected Success of The DeFranco Family