Technicolor Sound is a monthly column by Laura Studarus. These pieces intend to examine the overlapping spaces between music and film, using the writer’s home of Los Angeles to confront and interpret the world around her via realities on screens large and small.

There is a self-reflexive tradition of female writers writing about being women. It’s an archaic rite of passage that, until now, I’ve managed to avoid.

Um, hi. My name is Laura. I’m a woman, and I make my living as a writer. But this is bigger than just me.

Part of my hesitance to delve into this topic was because, until recently, I never believed I had much of a story to tell. I grew up in a functional, middle-class, Judeo-Christian family. I’m white, straight, and college educated. I’ve worked with a string of editors who never so much as raised an eyebrow at my double x chromosomes. Blah blah blah…

Did you catch the previous paragraph’s fault in logic? Here it is again: I never believed I had a story to tell. Somewhere along the line, I swallowed two big lies. The first is that I am somehow required to rep for my entire gender rather than acknowledging that there’s no such thing as a cookie-cutter woman. The second is that because my gender identity has never been a source of conflict, it wasn’t worth exploring. I suspect that I’m not the only one who has felt this way.

Let’s pause for clarification. Making your living in a creative field is really hard. It can be done, but the numbers aren’t always in the ladies’ favor. Out of the top 250 domestic grossing films of 2013, women accounted for only 16% of directors, writers, executive producers, producers, editors, and cinematographers. That’s absurd. Recently, a plucky teen from New Zealand hit number one on Billboard‘s Nielsen BDS-based Alternative Songs. Before Lorde’s “Royals”, the last woman to pull off that trick was Tracy Bonham… 17 years ago. 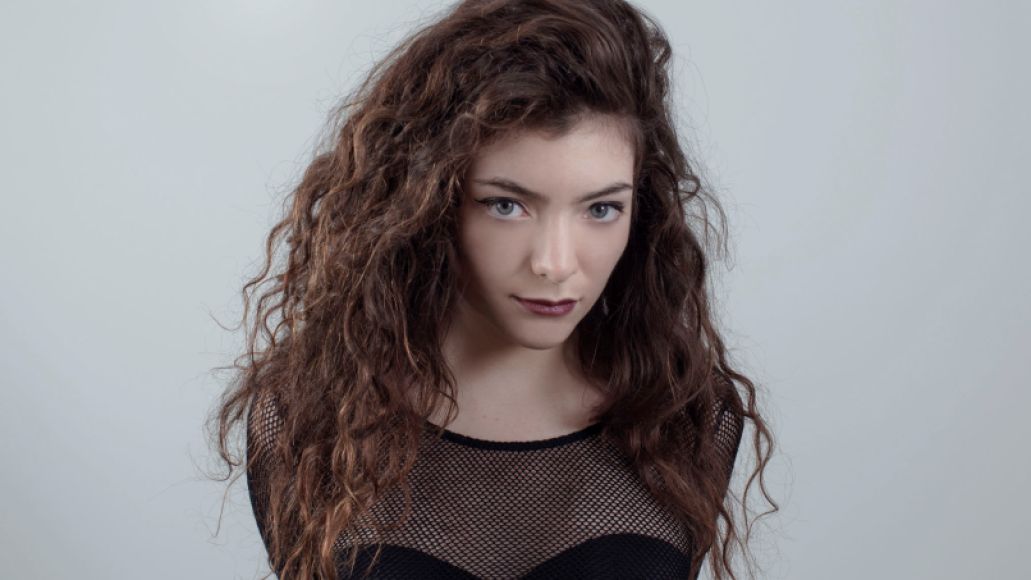 But as shameful as those two previous facts are, numbers aren’t the problem when it comes to the artistic gender gap. In January, LA Weekly posted a supposedly encouraging article titled “Where Are All the Women Producers? Here Are 5 Famous Ones”. White Sea/M83 member Morgan Kibby (a formidable producer in her own right) took to social media in response, tweeting a long list of women who have made a significant contribution to the electronic world. Her point: creative women are everywhere—you just have to look for them.

So, why, exactly, are we busy writing think pieces rather than looking to add more members to the fold? One troubling development suggests that due to a preoccupation with gender-specific art, we don’t know how to look. Last year, Swedish art houses began rating films based on sexism. The standard, known as the Bechdel test, is simple:

1. The film must contain at least two female characters.

3. They must talk to each other.

4. About something other than men.

Obviously, this seems like a good idea. I like well-rounded characters—they remind me of my well-rounded friends. But does this mean that Gravity, despite allowing Sandra Bullock to play what was arguably the most badass character of her career, is sexist? Am I supposed to downgrade the emotional impact of Dead Poets Society because it took place in an all-boys school? On the flip side, Showgirls is now a feminist classic. Ooh, go advancement! 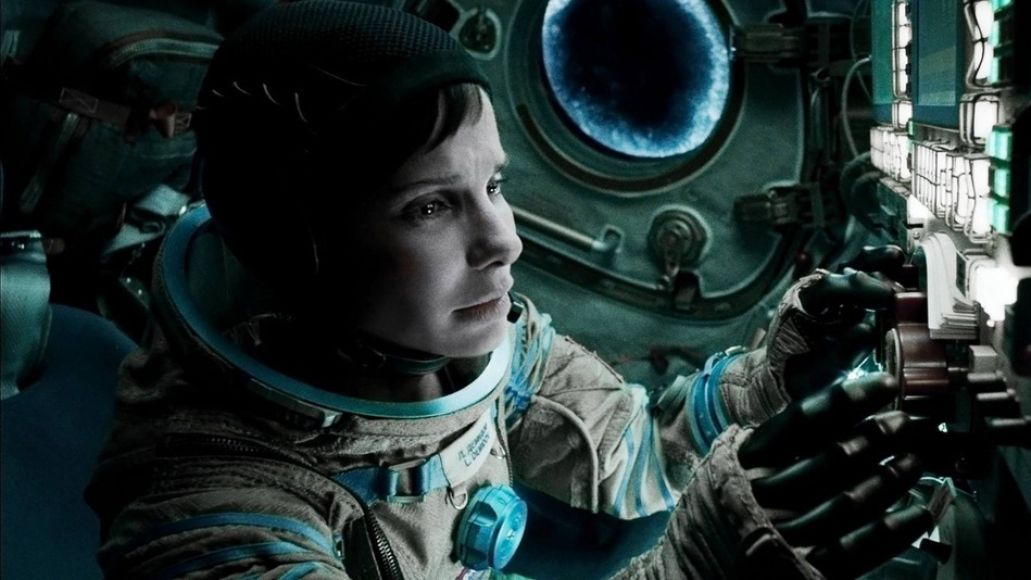 Fun fact I learned during my film school days: there are seven different (self-explanatory) story archetypes. 1. Overcoming the Monster 2. Rebirth 3. Quest 4. Journey and Return 5. Rags to Riches 6. Tragedy 7. Comedy. Given our narrow scope of narrative options, it seems unwise to dismiss art because it comes from people who are different than us. Logic alone dictates that they’re working from an outline not far removed from our own. 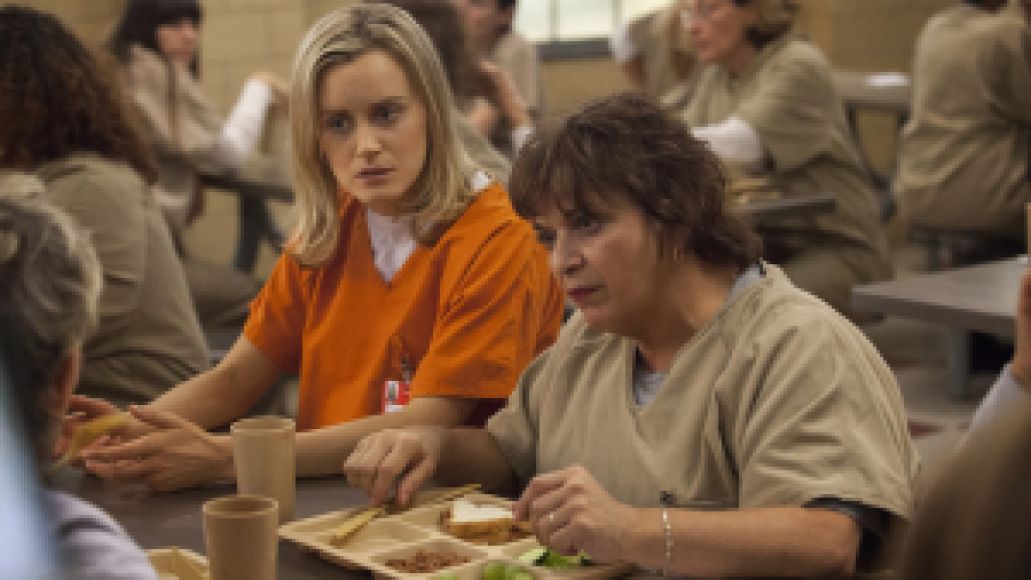 Recently, I was shocked when I heard someone call Orange Is the New Black a “Lesbian show.” While I was not unaware of that element of the program, I was too busy pondering central themes (Are you defined by your surroundings? Is “goodness” conditional?) to judge the show’s worth based on its largely female cast or where it fell on the Kinsey scale. The accusation seemed tawdry at best. Generally, if you have to add qualifiers to any form of art, you’ve already stripped it of its universal value.

Let’s go back further, to the original music and movies, told and sang by primitive man. Sure, there was probably some recap of their day—who met a bloody end by mammoth, who slept through guard duty, etc.—but after the topic of the present was worn out, they began telling stories, frantically interpreting the phases of the moon and the shadows cast by the firelight. Art was originally transportive. This isn’t to say that sexual identity doesn’t bring something specific to the table—only that it need not be the defining factor. After all, who says any basic element of the artist’s identity has to make the jump?

Obviously, with music it can be harder to disregard gender. You’re hearing a voice attached to an actual male or female musician. The actual tones lead to preconceived notions that can be hard to shake. But it can be done. Nicki Minaj raps in character as a man, and Owen Pallett describes his album In Conflict as written from a “gender neutral viewpoint.” You don’t have to love what they do, but let’s take a moment to see what happens when an artist steps out of the binary. 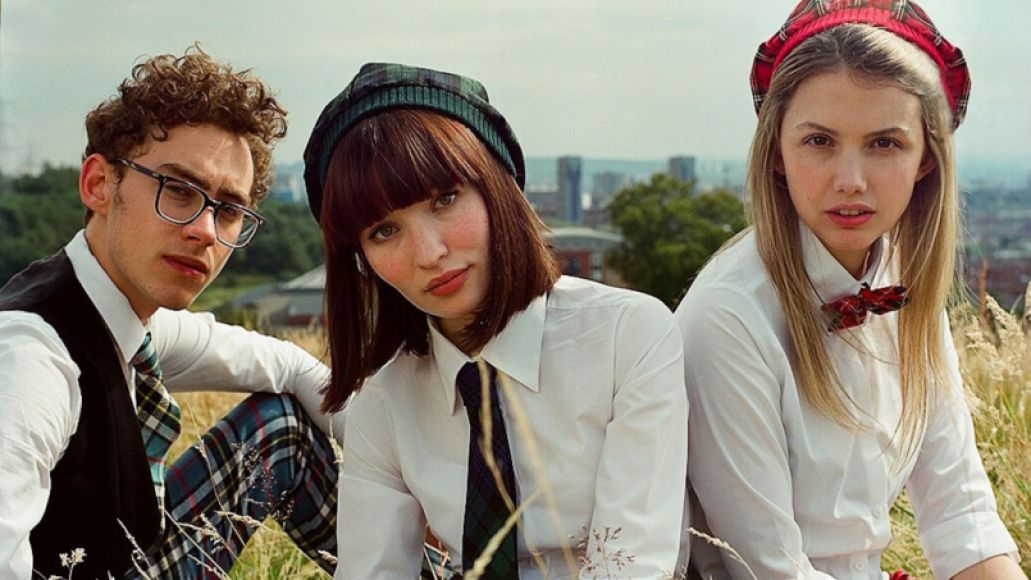 At SXSW this year, Belle & Sebastian’s Stuart Murdoch proved just how easy it was to make the gender jump in film with his directorial debut God Help the Girl. His main character, Eve, a recovering anorexic, is both fragile and determined—at one moment determined to overcome her illness, the next sinking into a drug-fueled haze or sleeping with the wrong man. Conversely, her best friend, Cassie, is the stereotypical pampered teenager.

Murdoch will probably receive some flack for his creative choices. Is Eve really so strong that she can recover without professional help? Is Cassie really such a ditzy blonde that she can’t recognize major plot points? But somehow their friendship (along with their partner-in-song, James) proves an interesting point. The female experience, even when viewed from the outside, is broad and deep. Not every woman (or person for that matter) is as tough as nails. Nor should we have to be.

Forget tests, chromosomes, or social demands. Here’s a piece of advice for any musician, filmmaker, or creative person with a dream. You have a story to tell that’s bigger than you. It has the power to transcend any gender, social, economic, or other type of factor that you might define yourself by. Great. Now get out there and make it happen.

The Dangers of Gender-Segregation in Art