To date, this column has offered this timeline: 1) I listened to the Ramones, 2) I listened to a steady stream of albums from In the Red and Burger Records. If only that was really the case. Before I discovered the labels behind the trash I listen to now, I followed two other labels very closely: Epitaph and Fat Wreck.

Yes, I was a middle schooler who listened to NOFX, Rancid, MxPx, The Offspring, Me First and the Gimme Gimmes, Bad Religion, and more obsessively, the Fat Music and Punk-O-Rama compilations. I loved that stuff. It was snotty, angry, political, and petty. I had to keep my braces on for another month when I got head-butted at a Ten Foot Pole concert. I never went to Warped Tour but tried to figure out how I could go every year. I was in not one, but two terrible middle school punk bands that never played. (One was Explosive Monkey– we actually did have a gig. It was at a library on Civil War Day, and a Confederate soldier threw a quarter into my guitar case. The other band had a much worse name.)

One friend of mine, who would occasionally go to punk shows with me at the YWCA, went off to college. When he came back over Christmas break, I asked him what he’d been listening to. “The Killers.” I was surprised; I had an inexplicable disdain for that band. Today, I feel something closer to apathy about their songs, but at the time, I’m pretty sure the words “but they suck” came up. He laughed, and with the unbelievable amount of smug worldliness he’d mustered after one semester of college, said, “Evan, punk is high school music.” 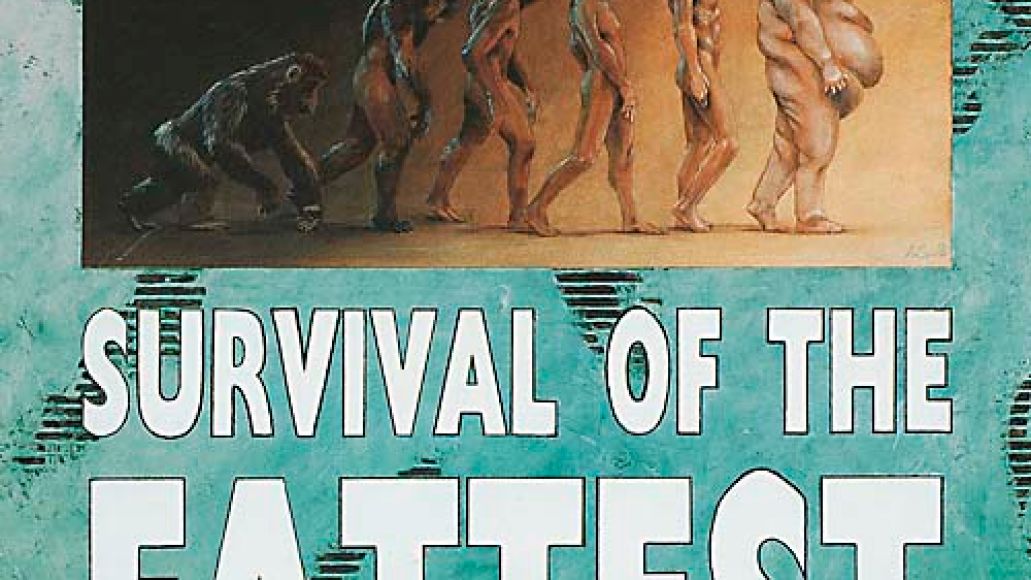 I wasn’t even two years into high school when my interest in the Fat Wreck wheelhouse petered out. And that’s not to rag on anybody who follows punk, pop-punk, or any of the aforementioned labels or bands. But I completely lost interest in the stuff and stopped listening to it.

I wanted to figure out why. Why did I like this stuff to begin with? Why did I stop listening to it? What separates this trash from the trash I actively seek out? What makes this “high school music,” despite that more accurately for me, it’s “middle school music?”

Most of my CDs are either in a box somewhere or, absurdly, peppered throughout my parents’ CD collection, so I pulled up Punk O Rama 6 on Spotify. After skimming a few sample tracks, the music grated on me in a huge way. The double-time percussion, the whiney vocals, the juvenile and bratty lyrics, the self-righteous political and social stuff — I couldn’t get through a full album of it without really, really trying.

Maybe that’s why it’s “high school music” for some people: The affectations littered throughout the genre are repetitive and hollow with very little replayability value. And I know that’s an oversimplification, but one listen to Rancid’s …And Out Come the Wolves reveals as much. That thing holds up — the hooks and musicianship on that record are still as exhilarating as they were when I bought that CD and listened to it dozens of times on a middle school beach vacation. But at the heart of my favorite “high school music” were great songs. To wit: I liked Me First and the Gimme Gimmes, an all-cover punk band, right up until I started listening to the slower, more elaborate source material.

With my background, I’m hardly qualified to cast judgment on the music or the culture surrounding it. I haven’t continually listened to the music in over a decade, and even when I did, I wasn’t exactly fully engulfed in its culture. I never went through a prolonged or passionate Blink-182 or pop-punk phase like a lot of critics I know. I never figured out how to skateboard, but I did memorize some of the more crucial cheat codes for Tony Hawk’s Pro Skater 2.

I do, however, remember listening to a song by late ‘90s/early ‘00s Blink-182 and legitimately thinking, “Yes, this is how I feel,” and updating my AOL profile page to reflect that. And the next day in the cafeteria, a friend quoted that song back to me with a sincere, knowing expression. And I don’t remember what song it was, but I’m pretty sure its message was, basically, “Nobody understands my pain.” As laughable and humiliating as that memory is, I think it’s indicative of why I listened to that stuff. Along with a simplistic, self-righteous sense of rebellion and too-winky humor that I overidentified with, the music encapsulated the emotions of growing up. But at this point in my life, the rebellion, humor, and emotional elements, along with the not-subtle political bent and the musical delivery, do nothing for me.

I heard that Jay Reatard once said that if you can’t perform a song only on acoustic guitar, it’s not a good song. There are probably several thousand exceptions to that rule, but one casual listen to Blood Visions or Watch Me Fall and it’s easy to imagine beautiful-sounding stripped down versions of those songs. I can’t say the same thing for most of NOFX’s catalog, but I think that would be missing the point. Those bands make music on their own terms with their own aesthetic, and who am I to pass judgment on that? Why boil it down to “this is middle school music” or “high school music” or anything like that? Regardless of the reason, be it socially, emotionally, developmentally, culturally, or otherwise, some people need that music.

As I write this final paragraph, I’m listening to the self-titled LP by the Tough Shits, whose album on Burger and Colonel Records puts a hard emphasis on hooks and intricate guitar work. Their tracks oscillate between earnest love songs, punk stompers, and warm pop ballads. And at this moment in my life, that’s my trash.

Evan Minsker works for Pitchfork, blogs, and tweets. He’s becoming worried about the prolonged use of the term “trash” for this column.