It’s a special springtime here at Trash Collector. The spirit guides of trash connoisseurs everywhere, the Ramones, have two crucial releases out: Johnny Ramone’s autobiography, Commando, and Joey Ramone’s second posthumous album, …ya know?. Since the Ramones are probably the reason why I started this column in the first place, I’m taking the opportunity to analyze Johnny’s book, Joey’s album, and what they add to the band’s mythology. 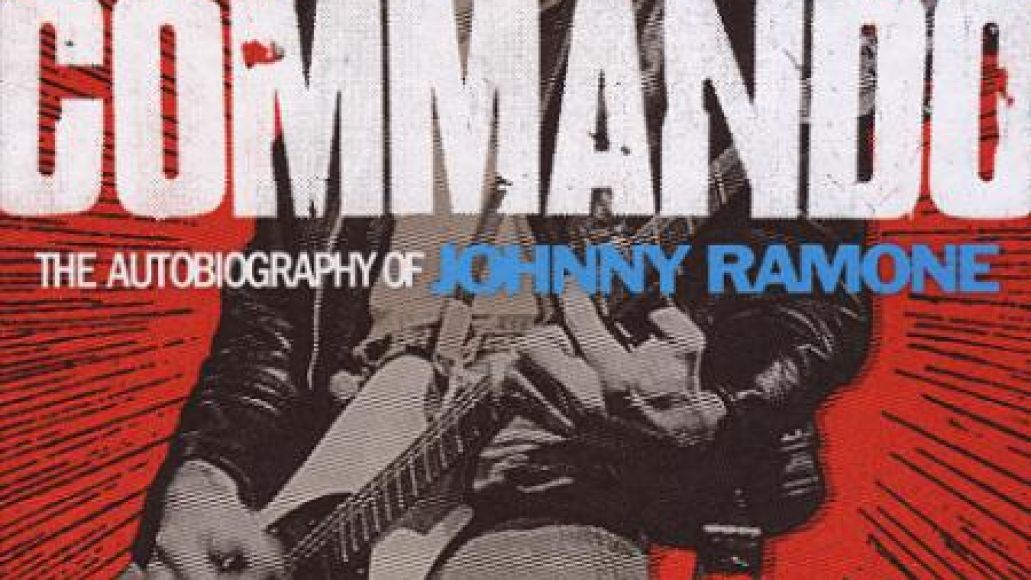 In his book, Johnny talked about how much money the Ramones made through merchandising and record sales after the band broke up. “Maybe everyone really does love you when you’re dead,” he mused. That’s a loaded statement to read in a posthumously released autobiography, but it’s easy to be charmed by Johnny Ramone, the writer. As Tommy Ramone points out in the foreword to Commando, “[The book] has his pacing, his timing, his rhythm. It’s a nice fast read– just the way he would have wanted it.”

It’s true: Commando’s sentences are short, the anecdotes frank, with the book over pretty quickly — and the results are compulsively readable. Each chapter has him delivering his opinions on everything, from people in other bands (“Jerry Harrison, the Talking Heads keyboard player, made me nuts”), to touring (“I hated Europe”), to Elvis movies (he says Loving You is the best one). He’s a curmudgeon, a Republican, a former hellraiser, and a picky eater. But throughout the book, he never sounds fully cynical, mainly because he spends so much time talking about the things that made him happy: baseball, film, collecting things, horror movies, and, of course, rock’n’roll.

Those staples of youth are all things that kids in Johnny’s generation could have obsessed over growing up (along with comic books), and Johnny was still a fanatic of all of those things right up to the day he died. There was something universal in stuff like horror and baseball that lots of kids could get behind, and that was something he wanted to achieve with the Ramones. None of the extra riffs or flashy guitar solos– just universal, simple fun.

At one point in the book, Johnny talked about how some press outlets tried to dissect and intellectualize the Ramones early on. “We were really serious, trying to be good,” he wrote, “But we weren’t thinking of it as anything besides fun rock and roll; we weren’t trying to be anything but that.” Even with their “offensive” songs, like “Today Your Love, Tomorrow the World” (a Nazi love story) or “Carbona, Not Glue” (about drug use), didn’t come from some radical mission statement or agenda– they thought that stuff was funny.

Of course the book gets in the dirt about how the members of the band weren’t really friends after a certain point. (“With Joey, I’d try to like him, talk to him, then it just went bad. He was a fucking pain in the ass. So I gave up.”) So maybe because I’m generally not a fan of the “band’s personal grudge dynamic” aspect of rock bios, I was more intrigued by the endless ephemera Johnny loved: Godzilla, the New York Dolls, baseball cards, old sci-fi movies, and the MC5 — it goes on. In that way, Commando is literary comfort food for Ramones lifers. It’s a combination of quick anecdotes, entertaining opinions, and a menagerie of Johnny’s pop culture influences, and it’s a totally fun read. 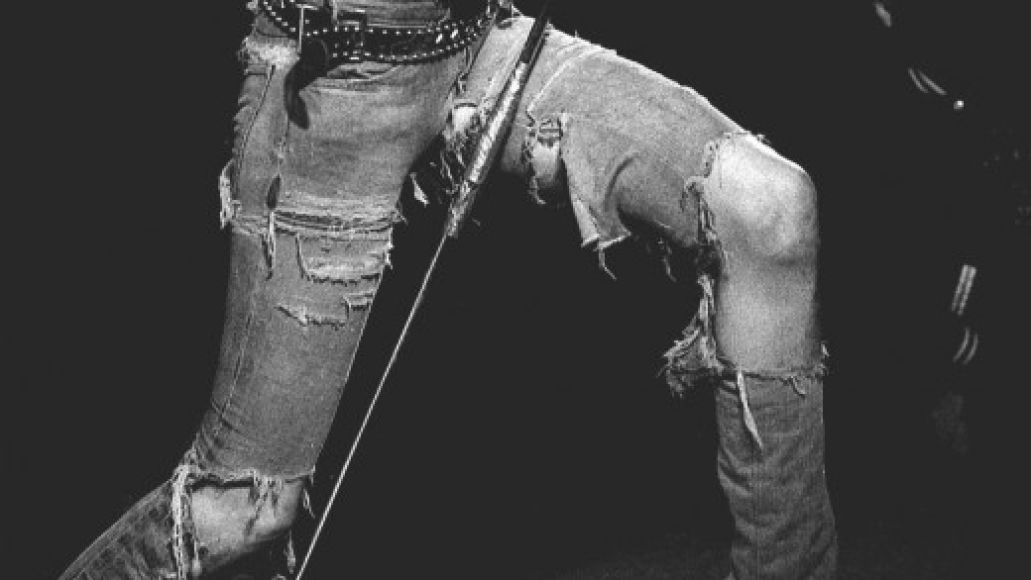 Now here’s the cheap, quick verdict on …ya know?: It’s not very good. Both of Joey’s posthumous albums– this and 2002’s Don’t Worry About Me— are thin, hollow reflections of the work he did on Ramones, Leave Home, and Rocket to Russia. The album’s production is way too clean, it features all the extra musicianship the Ramones plucked out (guitar solos and lengthy jams), and the songs, by and large, are shadows of what made the Ramones great.

But there’s something about the album’s opening song that really resonates. It’s got the same hollow production as the rest of the album, but “Rock ‘N Roll Is the Answer” echoes that “fun rock and roll” sentiment from Commando. It’s Joey singing about drinking beer and partying all night, and then he delivers the titular mantra: “Rock ‘n roll is the answer.”

There’s something incredibly comforting about that sentiment, which, through genre-jumping versatility alone, is all over …ya know?. There’s a Christmas song that has Joey crooning like a Wall of Sound girl group ballad, a mournful fingerpicked acoustic ballad, a rockabilly-via-Ramones track that owes quite a bit to “All Shook Up”, and an acoustic strummer called “Life’s a Gas” (which isn’t too different from the T. Rex song of the same name). Taken together, the influences paint a picture of Joey’s favorite music. I realize I’m pushing this “favorite things are important” thing a bit too hard in this column, but maybe amidst the fighting and “you stole my woman” stuff, it’s nice to look at what made these men legitimately happy.

So no, …ya know? isn’t brilliant (or good) by any stretch, and yes, it makes me wonder what would’ve happened if a brilliant producer got his hands on those masters. But like Commando, it does serve an important purpose: It’s a testament to the things that made Joey happy, and for me, that might be more valuable than a perfect early Ramones throwback album. Ultimately, that’s what made me love the Ramones in the first place — how awesomely no-frills those records were. When you’re a pre-teen listening to something as innocently honest as “I Wanna Be Your Boyfriend”, you can completely understand that lonely heart, straight-to-the-point message. When you’re wearing a Hot Topic Ramones shirt and blasting “Chainsaw” in your parents’ basement, you’re singing along to match the glee in Joey’s voice when he invokes The Texas Chainsaw Massacre.

As a listener, it’s the genuine emotion and excitement in this music that I responded to in the first place. In the first seconds of listening to …ya know?, I was disappointed by the guitar tone behind Joey’s voice. But even while I felt downtrodden by what I was hearing, I quickly heard myself sing along to the chorus of “Rock ‘N Roll is the Answer”. It may not rip like the old stuff, but the joy definitely got a reaction out of me– just like old times.

Evan Minsker blogs and tweets. There’s some great trash out now or soon from the Tough Shits, Heavy Cream, Cheap Time, Guantanamo Baywatch, K-Holes, Spacin’, and so many others. Buy some trash for a loved one today.

Trash Collector: The Return of Johnny and Joey