Technicolor Sound is a new monthly column by Laura Studarus. These pieces intend to examine the overlapping spaces between music and film, using the writer’s home of Los Angeles to confront and interpret the world around her via realities on screens large and small.

Film has forever changed the way we talk about music. What is the word we reach for when attempting to describe a song or album that is ambitious and deeply emotional? Yup, cinematic. The inverse is also true. How many times have you read a movie review that has used the phrase “lyrical” to describe the overall tone of the film? Heck, take a moment to picture an old-timey cinema. You can see the organ up front, right?

I’m a film production graduate who, much to my parents’ dismay, fled the industry almost the second I got the piece of paper in my hand. At the time, the move away from what I had studied into writing about music seemed like a major tectonic shift. But looking back, I’ve come to realize that it was more like a minor course correction. The walls between music and film are simply not all that thick. Sure, the tools are different, but the end game of telling a story and evoking a mood—be it within two-hour film or a three-minute pop song—is essentially the same.  Of course, it also helps that many of film and music’s key players refuse to stay on their side of the divide.

Take David Lynch, a character so ubiquitous within the Los Angeles film and music scenes that sooner or later everyone will collect a story starring him. There’s the occasional wacky promotion (in 2006 he stood on a Hollywood street corner with a live cow to promote his film Inland Empire), his noted love for NPR affiliate KCRW (if you’re looking to field a call from the director, be sure to volunteer for the pledge drive during Anne Litt’s show), and he even used to wake people up by doing the weather for local radio station, INDIE 103.1.

Given his idiosyncrasies as both as a filmmaker and person, it seems only natural that Lynch’s name has become an adjective. With ten films across twenty-nine years, we’ve seen a natural pattern emerge, as Lynch has produced a body of work strewn with vicious murders, fevered dreams, and unreliable narrators.

But it isn’t simply a dark gestalt. The devil is in the details. For all its shock value, Lynch’s work does offer up a nuanced look that far supersedes mere creep factor. If that wasn’t the case, Marilyn Manson would have soundtracked all of Lost Highway rather than just appearing in the film’s cast and on a single song from the film. In Lynch’s world, humor comes with a splash of the macabre, sex is experienced part and parcel with death, and innocence is a fragile, ephemeral thing, usually snatched away in an instant. 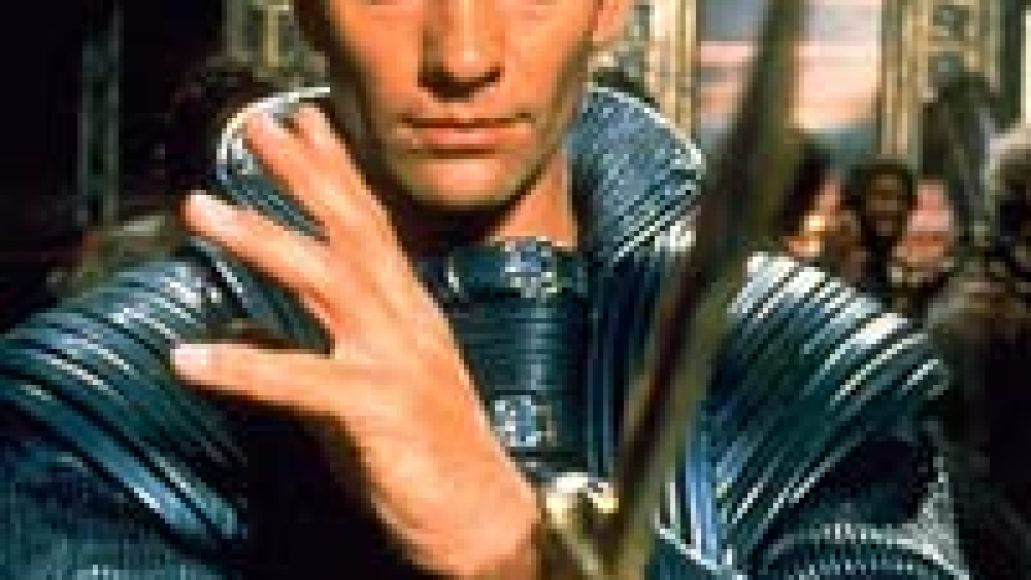 It’s easy to call a filmmaker “Lynchian.” After all, play with enough of the same elements, story, and acting, and sooner or later you’ll hit along some similar visual and narrative themes. Applying it to music is a whole other matter. When it comes to music criticism, the word “Lynchian”, along with less soundbite-worthy comparisons to the director’s oeuvre, often rivals “indie” as one of the most maligned, critics and fans alike rushing to wipe it over any artist or album containing a hint of darkness.

From the beginning, Lynch’s film work has gone hand-in-hand with music, meaning that when deciding what musicians to bestow the title “Lynchian,” a fair share of the heavy lifting has already been done. When the violence and sex is stripped away, it’s often the musical moments in Lynch’s films that remain immortalized in memory. Isabella Rossellini sadly crooning “Blue Velvet”. Rebekah Del Rio’s haunting, Spanish-language cover of “Cryin’” in Mulholland Drive. The appearance of Eraserhead’s Lady in the Radiator. 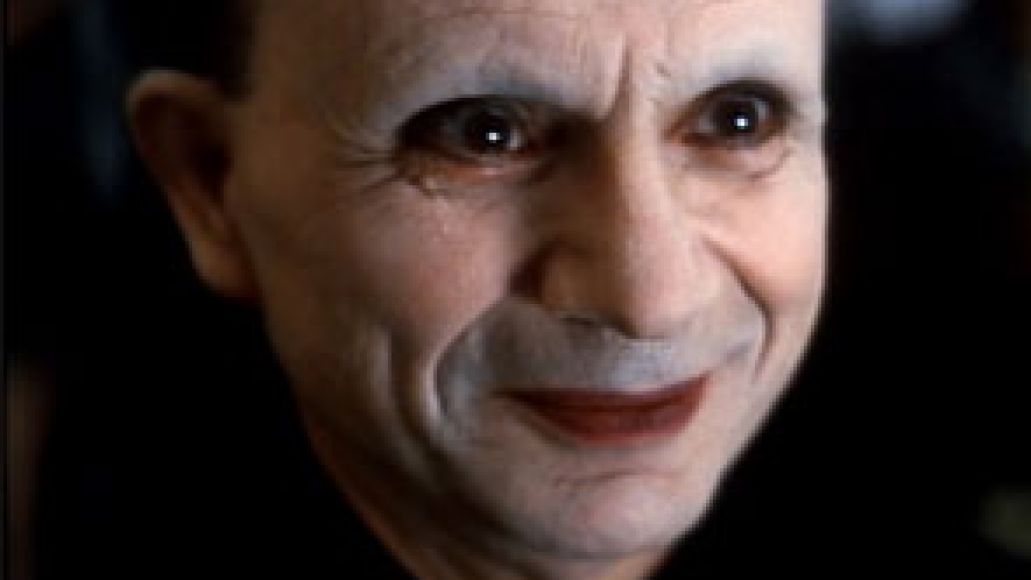 Given the above examples, we can certainly begin by equating “torch singer” with “Lynchian.” Lynch himself has strengthened this argument, throwing support behind Anna Calvi, Chelsea Wolfe, and Chrysta Bell, three singer/songwriters whose dark, and often emotionally challenging work, seems best suited for the smoky jazz club. (Of the three, Wolfe takes this aesthetic the farthest; appearing on the cover of her album Pain is Beauty clearly uncomfortable in the spotlight despite being clad in an eye-catching red dress.) Lana Del Rey is another likely candidate—her first widely seen video “Video Games” marking her as the sort of Los Angeles nymphet that often features heavily in Lynch narratives.

But “Lynchian” shouldn’t simply replace “could appear in a Lynch film.” David Cronenberg, Terry Gilliam, and Tarsem all dabble in the same surrealistic darkness as Lynch—but that does not mean that, left up to their own devices, they would have produced The Elephant Man. (We will hereby discount the Infinite Monkey Theorem.) 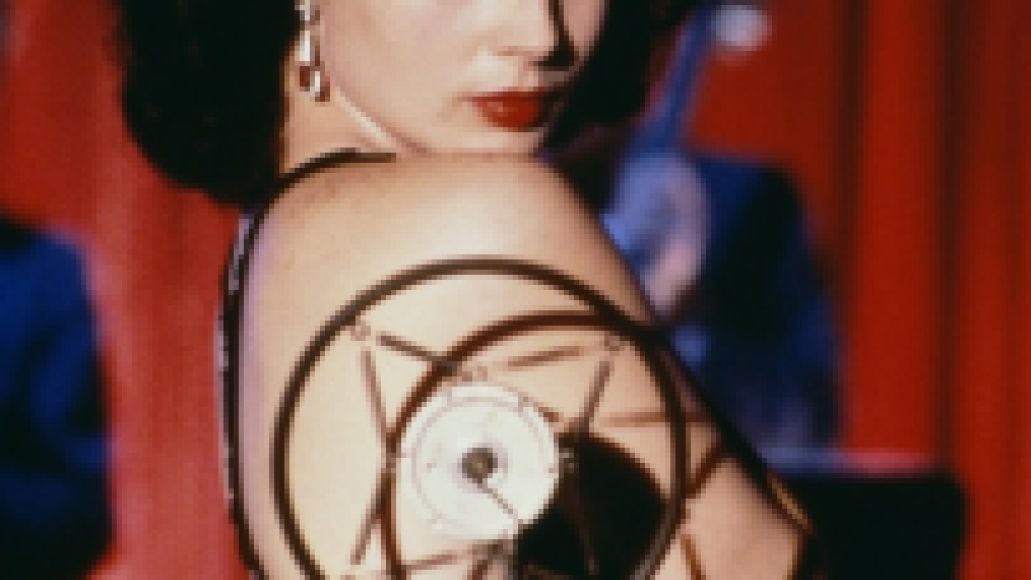 Lynch’s films are as much about “feeling” as content. Take the Valium-necessitating diner scene in Mulholland Drive, which occurs about 10 minutes into the film. Two men sit in a non-descript diner. One man tells the other about a nightmare he had that takes place in the restaurant. The two pay, and then walk around to the back of the restaurant so that the dreamer can rid himself of “this god-awful feeling.” There, they encounter a dirty bum and the dreamer faints.

A surface level description of the action comes across boring—pedestrian even. Narratively, the scene has nothing to do with the rest of the story. But, through Lynch’s slow build, droning soundtrack, and point of view shots, the viewer is placed directly in the dreamer’s shoes. You may not know if the man they found was the embodiment of pure evil, or just a member of the Los Angeles homeless community looking for spare change, but the feeling he evokes bleeds through the rest of the story just the same.

Likewise, a “Lynchian” band doesn’t necessarily have to succeed by traditional musical standards. Listeners need not walk away from an encounter fixating on a particular song, or clever lyric, or even with a solid idea of who the band members are. Instead, feeling and mood should be emphasized above all—and naturally, it should be haunting. British duo Still Corners have always thrived in this respect, their twilight-tinged dream pop seemingly the soundtrack to larger things both light and dark, a point emphasized by their use of vintage film clips in live performance.

Recent music industry darlings Warpaint are another strong contender for the title. With songs built through jamming among the members, theirs is a disquieting sound that evokes late night streets, vocalists Emily Kokal and Theresa Wayman’s little girl lost sopranos left to wander through the unsettling guitar and percussion texture. But perhaps the greatest example of such a feeling is Radiohead. Even after Kid A, their brilliantly disjointed foray into jazz, Krautrock, electronica, and paranoia has maintained a wiliness to let function (evoking a mood) trump over traditional form (the song, the album, the genre convention). 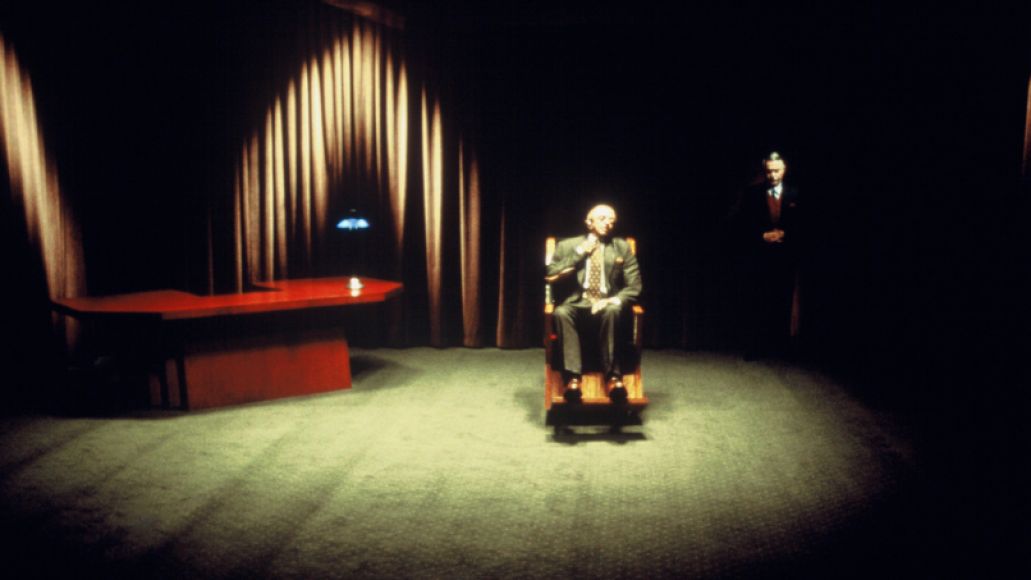 In his essay, A Supposedly Fun Thing I’ll Never Do Again, David Foster Wallace said this about David Lynch:

“Lynch knows that an act of violence has lost the ability to refer to anything but itself. This is why violence in Lynch’s films, grotesque, and coldly stylized is so qualitatively different from Tarantino’s hip, cartoon violence. Lynch’s violence always tries to mean something.”

The same idea can be applied music. Ultimately, it comes down to a rejection of social convention. However, a truly Lynchian musician knows that bucking trends and expectations is only a means to an end—that the real trick isn’t in turning heads, but capturing minds in their version of the world that lays just below the surface.

What Does the Term "Lynchian" Mean for Music?