Welcome to Life Review, a live review section on Aux.Out that looks to expand beyond the access provided by a concert ticket. Today, Senior Editor Matt Melis recounts a Sunday spent chasing nostalgia alongside The Adventures of Pete & Pete stars Mike Maronna and Danny Tamberelli and with Polaris, the band that used to only live inside your television.

In the days leading up to Sunday’s combination The Adventures of Danny & Mike podcast and Polaris concert at Chicago’s Lincoln Hall, I began to feel a little anxious. The brainchild of Consequence of Sound Editor-in-Chief Michael Roffman to transform megalopolitan Chicago into tiny Wellsville, the suburban New England setting of Nickelodeon cult classic The Adventures of Pete & Pete, for a day had been circled on my calendar for months. But as with any plan purely rooted in childhood nostalgia, you open up your inner kid to being unmercifully wet Willy-ed and Indian burned by present reality, a bully far crueler than Pit Stain, Endless Mike, or any other foe that the brothers Pete squared off against each week.

The Thursday before the event seemed particularly portentous. While Netflixing, of all things, a random episode of Gilmore Girls, who should briefly appear on the show as a sarcastic short-order cook working on the Venice Beach boardwalk but Mike Maronna (aka Big Pete). What to make of that? And as I hunkered down later that evening with a stack of my college freshmen’s essays to grade, I noticed one had quoted a famous exchange from Fitzgerald’s The Great Gatsby. “You can’t repeat the past,” suggests Nick, the novel’s bond-selling narrator, to which Gatsby emphatically replies, “Why of course you can!” Leave it to a student to pull a passage that perfectly summed up my anxiety. Was Nick right or was Gatsby? Could two former TV brothers, a crowd of twenty- and thirty-somethings, and a band that until recently had only lived in our televisions really go back to Wellsville together? 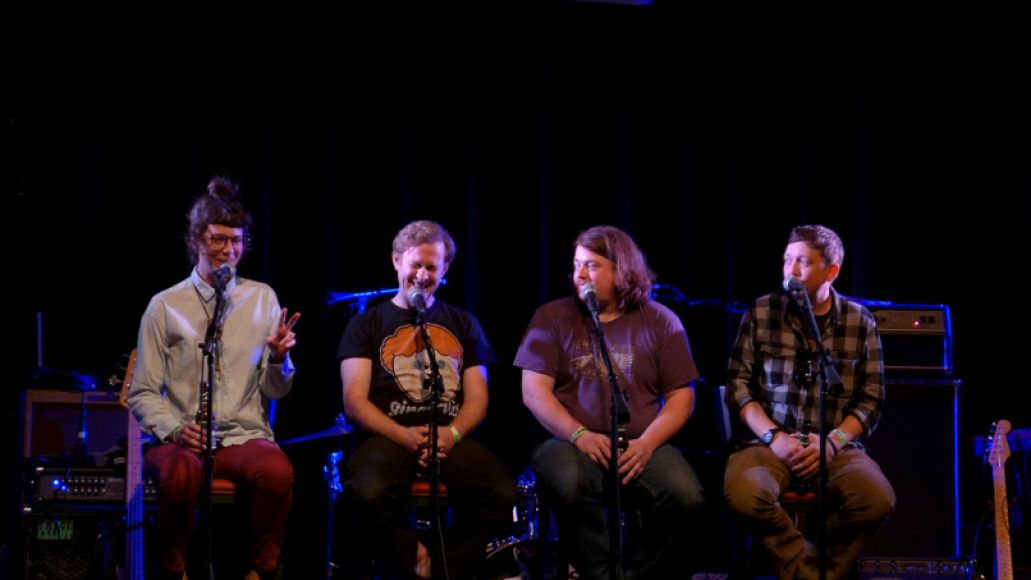 Sunday’s attempt to turn back the clock actually began several hours before show time on a softball field at Oscar Mayer Park. Team Consequence of Sound had challenged The A.V. Club to a best-of-five dodgeball match, with each Pete set to captain a squad. It was a perfect Wellsville fall day – sun shining, air crisp, and multicolored leaves dotting the field like Ellen once did the “i” in Squid – and I half-expected a camera to pan in on Big Pete leaning against a porch railing to set the stage with one of his classic show-opening monologues: “And so the battle lines were drawn on these hallowed grounds to determine once and for all, which side throws less like nerds.” A few seconds later, Danny Tamberelli shattered that epic vision when he lumbered over to our team and cautioned, “Not a good idea with a belly full of pizza and beer.” Those words were inspiring enough to force a Game 5 against an A.V. Club who clearly had a couple ringers – which is just a pejorative for saying that they were in far better shape than the rest of us – but ultimately not enough to lead us to victory. We limped off the dodgeball field with no shame but no glory either and the lesson learned that there’s little room for pop-culture nostalgia when three or four dodgeballs are buzzing by at high speeds.

A couple hours later, a full audience gathered in Lincoln Hall for the taping of The Adventures of Danny & Mike. The gist of the podcast is that each month Tamberelli and Maronna go on some sort of “adventure” and report back. As they recapped their Chicago experience of beer, deep dish, and dodgeball and took turns chiding and ribbing each other, fans were free to roam the venue where they could check out a gallery of original Pete-themed artwork, shop for flannel clothing, or have their pictures taken in a photo booth complete with Pete & Pete props. Almost like cosplay at an anime convention, part of the fun was looking around and seeing more plaid and flannel, including hunting caps with earflaps, than you’ll ever see in Chicago. However, the prize for most committed fan has to go to the young woman who rolled up her sleeve during the podcast to show Tamberelli and Maronna her spot-on Petunia tattoo, which she surprisingly didn’t make dance. 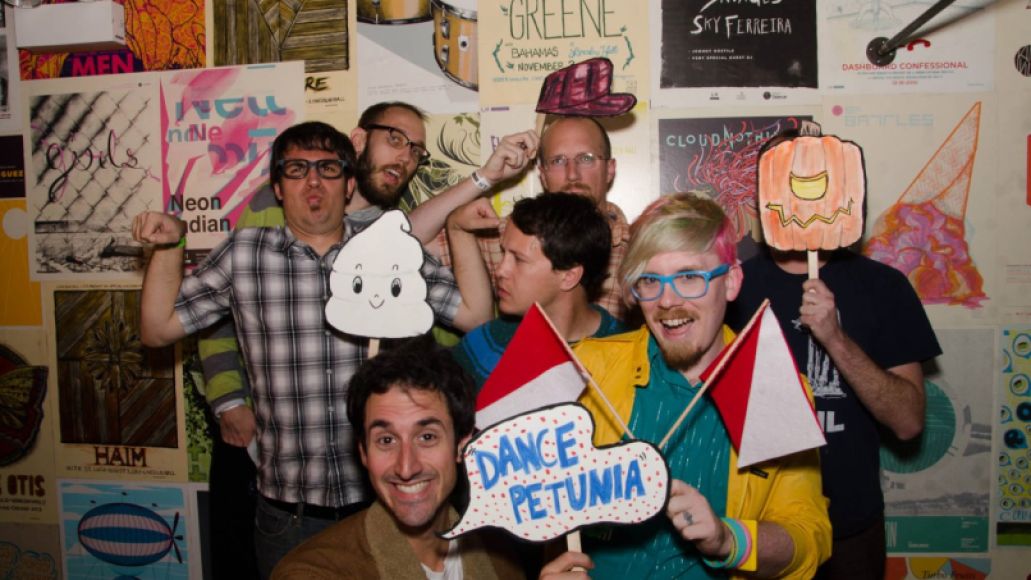 I suspect I wasn’t alone in not knowing what to expect from opening band Jounce, which Tamberelli fronts and plays bass in. It took less than a verse to realize the band aren’t just a Pete “Fireball” Wrigley and the Blowholes gimmick. The trio, rounded out by guitarist Matt Desteno and drummer Quinn Blandford, delivered a heavy but melodic blend of pure ‘90s punk and rock that quickly won over the packed Lincoln Hall floor. “If you don’t know our stuff, we’ll play something we can all sing along to,” offered Tamberelli before launching into Weezer’s “My Name Is Jonas” – ironically, a song that no two people in any crowd will likely sing the exact same words to – which closed the set on a warm, unifying note attuned to the spirit of the evening.

Consequence of Sound was fortunate enough to bring Mark Mulcahy out to Chicago’s The Hideout for a solo show two summers ago, a stunning performance that only teased at what a full-on Polaris reunion might sound like live. Joining “Muggy” this time were his Polaris (and former Miracle Legion) cohorts drummer Scott Boutier (“Harris Polaris”) and bassist David McCaffrey (“Jersey Polaris”) along with new brother Henning Ohlenbusch (“Penny Polaris”). Together the four worked through the entirety of Music from the Adventures of Pete & Pete, while breaking up the set with two new Polaris songs, a handful of Miracle Legion tunes, and moon- and Halloween-themed covers. 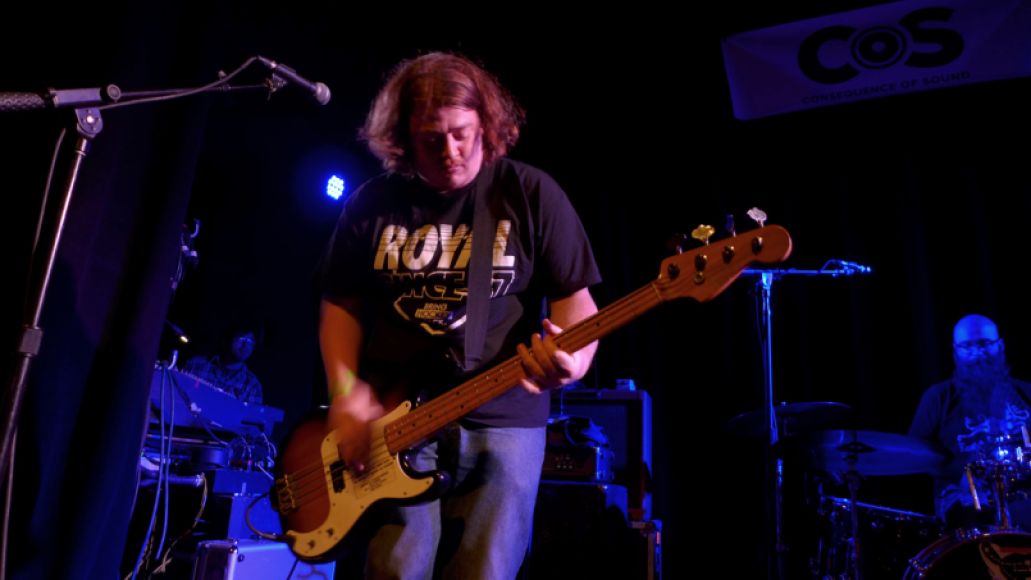 Mulcahy and co. were more than happy to play to the crowd’s affinity for all things Pete: posing Pete & Pete trivia (Q: What was Michael Stipe’s famous line as Captain Scrummy? A: “You look like a bona fide Sludgecicle man.”); calling for a round of applause for show creators Will McRobb and Chris Viscardi; and bringing Tamberelli out to sing lead on Little Pete’s elusive song, “Summerbaby”. But the real beauty of the evening was watching the band bring nearly every detail of the Music From… album to life onstage, from the mysterious, indecipherable third line of theme song “Hey Sandy” to the sleigh bells of “As Usual” to the coming-of-age-synonymous harmonica tucked throughout the record.

Like the show itself, Music From… still carries an unexpected weight. While both were born out of a silly, offbeat, adolescent window on the world, they treated the problems, whimsy, and wonder of those years with such a generous depth of sincerity, and hearing these songs given the second life they so richly deserve reminds that so much of what makes those years magical can follow us into adulthood if we let it. The most moving moment of Sunday’s set came when a spotlit Mulcahy took to the front of the stage and sang “Everywhere”, a spare, melancholy song about not being able to get someone out of your head. It’s about that moment when all the old tricks and diversions fail, and you’re left with nothing but the realization that someone out there weighs so profoundly on your heart and mind that there’s no way to simply brush them away. That’s not a song that takes you back to being 11 years old again. It’s one that meets you where you are now as you sit and listen. One that brings pain and joy and thankfulness in the present. 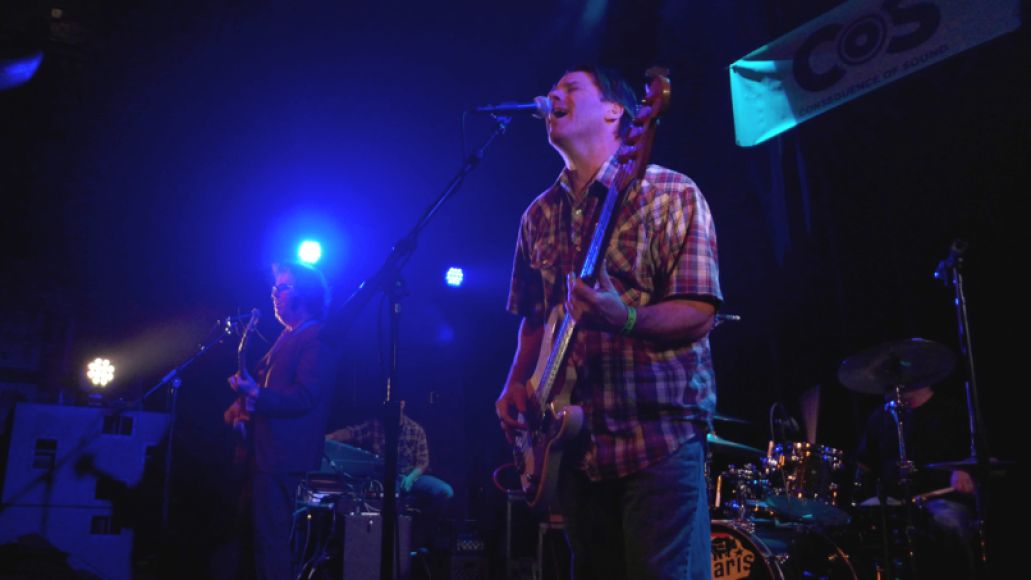 As it turns out, Sunday really wasn’t about nostalgia at all. It was about embracing the present. It was about being 31 years old and pulling every muscle in both legs and your throwing arm playing dodgeball and then lying at home that night, packed in ice and thinking, “Totally worth it.” It was about new friends (rather than old ones) and seeing what they’re doing or trying to do with their lives. And it was about songs that don’t take you back but instead make you excited to move forward. So, Nick was right, I guess. You can’t repeat the past, and you can’t go back to Wellsville. Luckily, it seems a part of us never left. Song of the Week: SZA Goes Grunge on "F2F"

You Can't Go Back to Wellsville