FloydFest is a world music and arts festival held annually near Floyd, Virginia, situated in the Blue Ridge Mountains. It began in 2002 and has received excellent reviews ever since, earning a name for itself in 2005 when it played host to well-known folk singer Ani DiFranco. It lasts for four days with on-site camping and has over seven stages featuring Rock, Bluegrass, Reggae, Folk, Cajun or Zydeco, African, World and Appalachian performers and showcases local Arts and Crafts, in addition to scheduling music and dance workshops and other small events, such as morning yoga lessons, story telling, and poetry readings, and a Children’s Universe tent.

Plus Beach Bunny, Soccer Mommy, girl in red, and LAUV.

Marking the Compton rapper's only performance of 2021.

Four Lolla-themed vaccination sites will be distributing tickets to the Chicago festival. 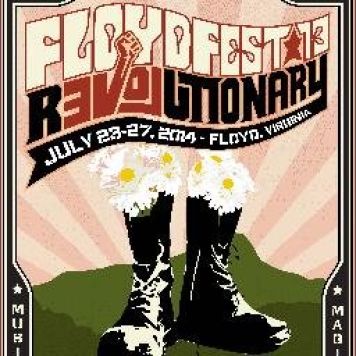