No full spoilers for how David Cross’ new stand-up special I’m From the Future starts, but as he tells Consequence, “This one, I think, is my favorite opening ever. It’s definitely a ‘you’re with me or you’re not with me’ way to open a show.”

The special represents a big moment for Cross, who had been unable to perform comedy during the pandemic, the longest period of time he’d spent off stage ever since he first started doing stand-up. But as he reflects on the difficult past few years, he’s also excited for the future, including Guru Nation, a newly-announced Paramount+ collaboration with his longtime creative partner and best friend Bob Odenkirk.

In this extended interview, which you can both watch here as well as read via the edited transcript below, Cross goes through why it meant so much to him to share this particular stand-up set why now, why he chose to self-distribute it, and why he doesn’t care about the possibility of his comedy alienating people. He also reflects upon his love for Station Eleven, the HBO Max series in which he guest-starred, and his current perspective on Arrested Development — all five seasons of the series.

In terms of putting together the special, what made you really want to get back on stage?

Well, there’s two parts to that answer. The impetus to do the special was because I was supposed to go on tour; I had to cancel the tour but I had all this material ready to go. And I also knew that it could potentially be a long, long time before I get to go out on tour and a fair chunk of that material, I wouldn’t be doing again in two years from now.

So I wanted to get it recorded, and really scrambled to get a production together. It was probably the quickest I’ve ever done anything like that. It was a matter of weeks. We shot some of the shows at the Bellhouse and then a friend of a friend edited it. And then there it is.

So it was really about getting that stuff out there because I’m about to work on this other project and it could just potentially be a long, long time before I’m out on tour. And the reason to do standup was that I hadn’t done it in a year and a half, up to the first time that I did it in the pandemic era. It’s just truly a need that I have. I have to do it. And that’s the longest I’ve gone without doing stand-up, I would imagine, ever since I started doing it.

I talked to you several years ago and at that time, you mentioned that you feel like standup is one of the most divisive things you do.

What’s important for you about continuing to do it, in that respect?

Well, I mean, the divisive thing is just a byproduct of it. That’s just who I am and what it’s turned out to be. And, and that kind of presented itself fairly early in my career. But the fact that it’s divisive has no bearing on, you know, whether I’m doing it or, or, you know anything like that. It’s just sort of what it is. [Laughs]

I know some people don’t care for me or my personality. I was just on Twitter a little while ago and somebody ’em was like, I hate that guy. He’s got the most punchable face. So I know that that’s part and parcel with what I do. 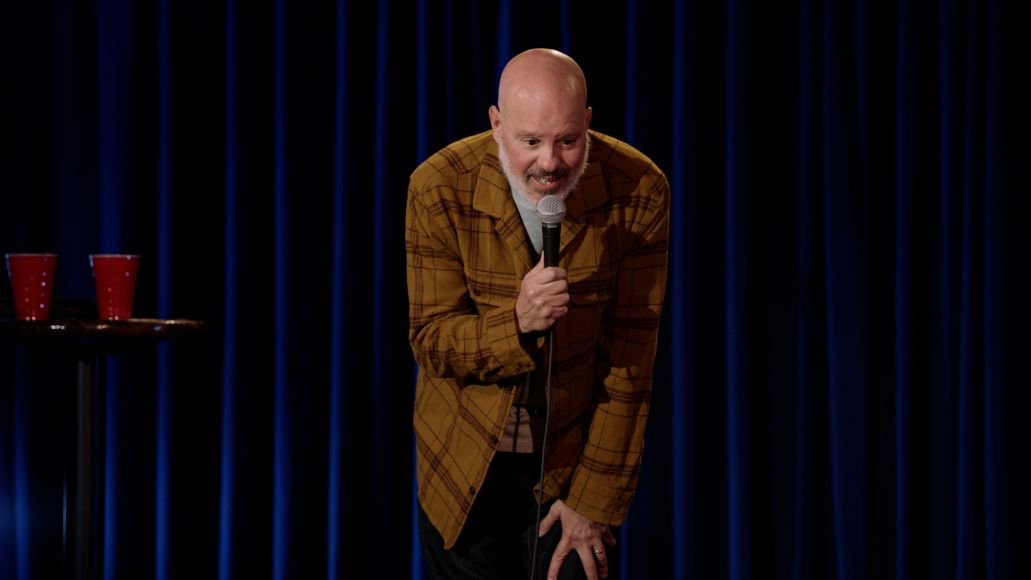