Perry Farrell and his team have just unveiled the artists for the 2022 edition of Lollapalooza. The festival’s founder tells Heavy Consequence in a new interview that he’s excited about the “rock redemption” represented by this year’s lineup.

While it might not exactly be a return to the formative years of Lollapalooza, where rock was king, the 2022 bill does feature such acts as Metallica, Green Day, Royal Blood, Turnstile, IDLES, and Farrell’s own legendary group, Jane’s Addiction. Those bands and more are mixed in among pop and hip-hop acts like Dua Lipa, J. Cole, Doja Cat, Lil Baby, Charlie XCX, and others (with passes to the four-day festival available here).

When we caught up with Farrell prior to the lineup announcement, he talked about the importance of championing rock bands during a time where the genre has fallen out of the mainstream spotlight.

“If you look at some of the [festival] lineups around the world, you’d be hard pressed to find a rock band,” Farrell told us. “But it’s really not true that there aren’t great [new] rock bands. There’s a bunch of them. And they’re gonna be coming at [this summer’s] Lollapalooza. Rock redemption!”

As it stands, the bands that came out of the late ’80s and early ’90s alternative-rock explosion that Farrell and Jane’s Addiction helped spearhead are still the biggest rock acts in the world, whether it be Nine Inch Nails or Tool or Pearl Jam or Red Hot Chili Peppers.

Farrell believes young rock bands need a better “support system” in order to rise up to the levels of the aforementioned acts. He made the comparison to competitive sports, where kids are guided from a young age throughout high school and beyond. “We artists haven’t created a support system,” Farrell explained. “We have Lollapalooza. That’s a support system. That’s the way I look at it. That’s why I never sold it.”

In addition to staying busy with Lollapalooza and Jane’s Addiction, Farrell has teamed up with his wife Etty to launch a new concert series in Los Angeles called “Heaven After Dark.” The series recently kicked off with its first show in February, and will continue with regular performances from musicians, dancers, comedians and street performers, as well as Perry and Etty’s Kind Heaven Orchestra.

When we mentioned to Farrell that “Heaven After Dark” sounded like it took inspiration from Andy Warhol’s “Exploding Plastic Inevitable” concert series in New York City that featured The Velvet Underground and other performers in the 1960s, he was quick to acknowledge the influence.

“Yeah, we took a bite out of the New York apple,” responded Farrell. “I liked the idea of showing 16mm films … so one of the things I asked is, ‘Can you get some Warhol superstar films?'”

Watch Part 1 of our interview with Perry Farrell in the video above, and stay tuned for Part 2 in which he catches us up on all things Jane’s Addiction. 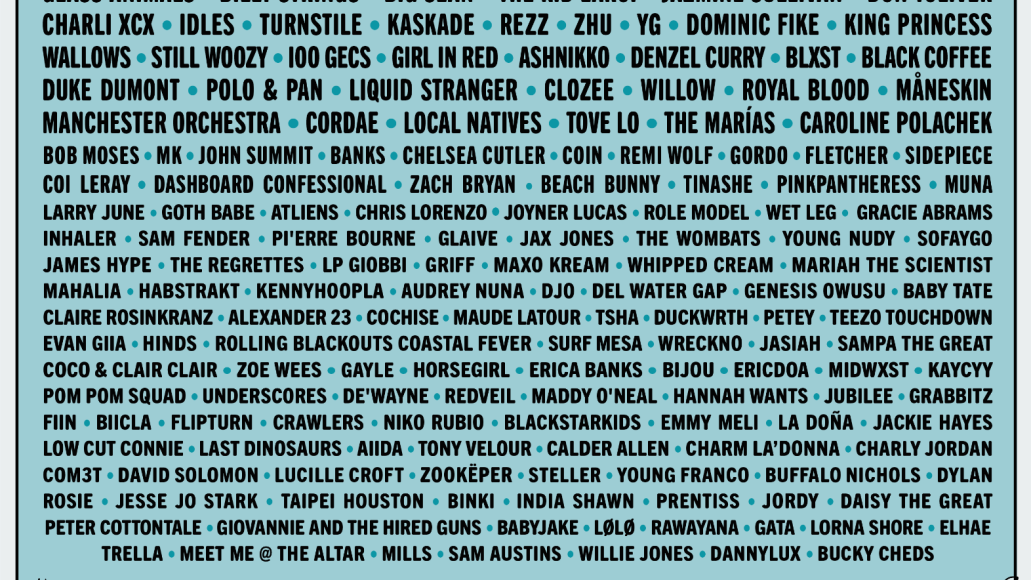