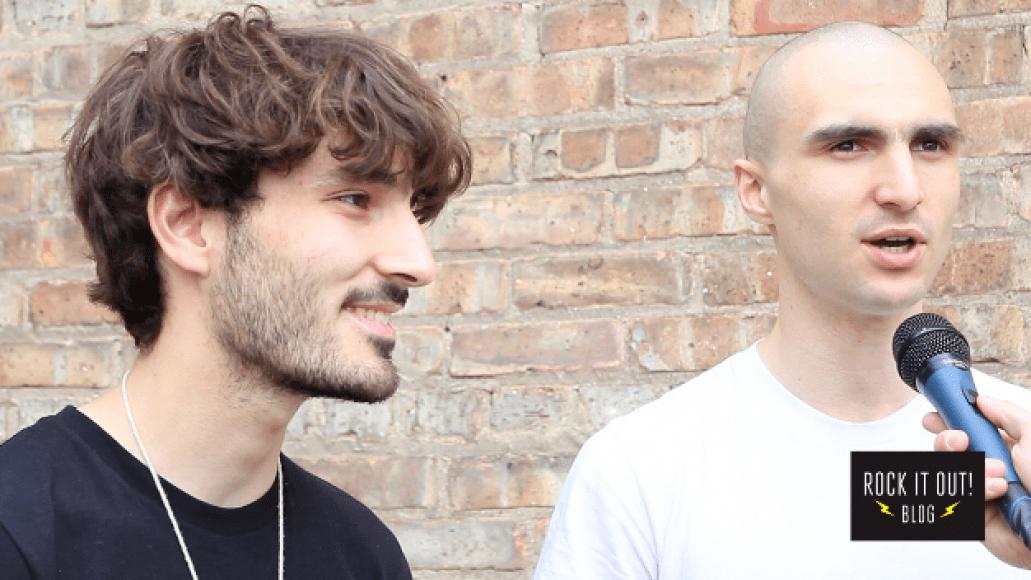 On this episode of the Rock it Out! Blog, Sami catches up with Devon Welsh and Matthew Otto of Majical Cloudz prior to their in-store performance at Chicago’s Permanent Records, which was presented by Consequence of Sound. The Montreal natives discuss the style of the band’s music and its minimal yet powerful effect, what it was like for Devon to grow up with an actor as a father (Twin Peaks star Kenneth Welsh), if they would change their sparse set up for larger shows, and the reason why Backstreet Boys have significance in Devon’s life.

Following the interview watch the band’s performance of “This Is Magic”, “Childhood’s End”, and “Silver Rings” from their in-store session at Permanent Records. The songs appear on the duo’s excellent debut album, Impersonator.

Rock it Out! Blog: "A Conversation and Performance with Majical Cloudz"