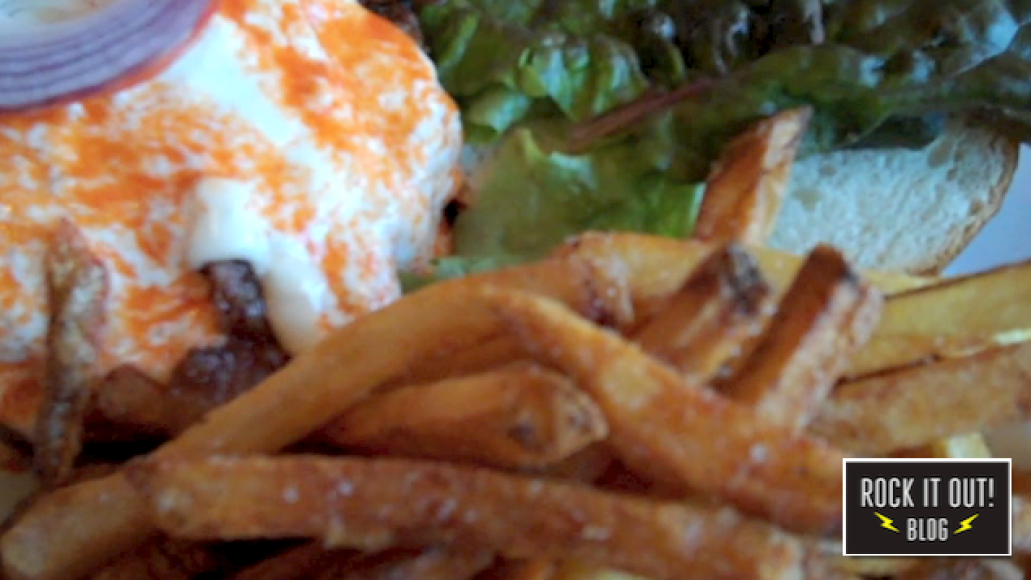 If you don’t live in Chicago, you’re missing out on what could be the best hamburger ever! On today’s Rock it Out! Blog, Sami goes to the grand opening of the infamous burger joint Kuma’s Too to feast on a burger named after a heavy metal band. In the spirit of this, Sami want to know what ingredients you would put on your burger and what band would you name it after. Leave your recipes in the comment section.

Sami also recaps today’s big music headlines, including the new single from The Strokes, video of Black Sabbath in the recording studio, a new single from the Chino Moreno side-project, Palms, and the lineup for the Rocklahoma Music Festival.

Rock it Out! Blog: "Design Your Heavy Metal Hamburger!"