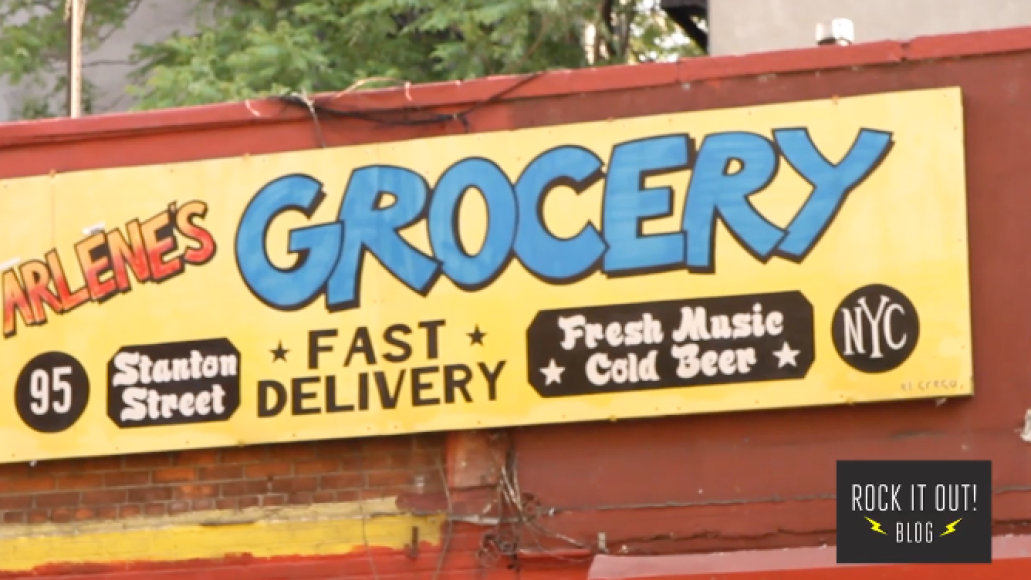 On this installment, we take you behind the scenes New York’s famed Arlene’s Grocery. Located at 95 Stanton Street in the Lower East Side of Manhattan, the space was originally a grocery. However, in 1995, it was converted to a music venue and became an early venue of many celebrated New York acts, including The Strokes. It also was the scene of Jim Carrey’s memorable albeit odd karaoke performance of the Radiohead song, “Creep”.