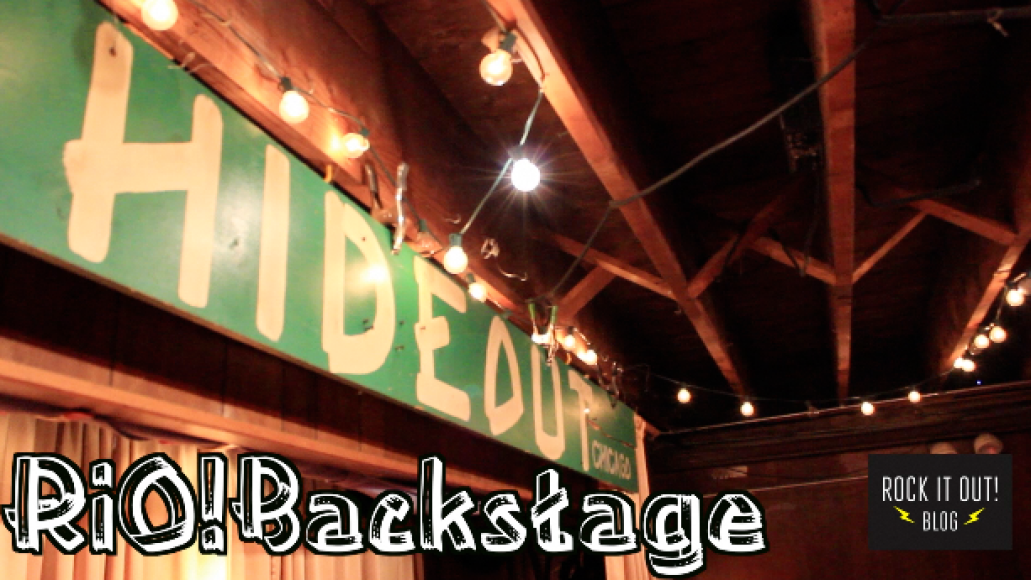 On this installment, we make our way to a Chicago institution, The Hideout. The city’s most unassuming rock club has roots dating back to the 1890s when it began as a balloon frame house.

In 1919, the house was turned into a bar and remained that way throughout the Prohibition era. The Hideout was then licensed as a bar in 1934 and would evolve over the years into the venue we know and love today. When current owners, The Tutens, took over in 1996, they began booking many musicians to come play the venue’s modest stage, including The White Stripes, Andrew Bird, and Neko Case.

Rock it Out! Blog: "RiO!Backstage - The Hideout"