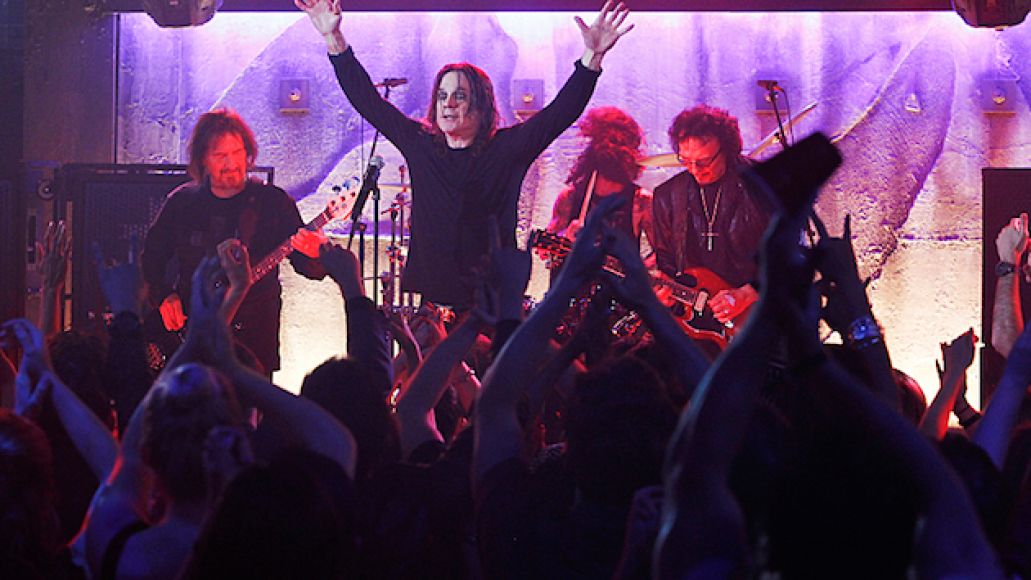 If you spent last night at home, you may have caught Black Sabbath performing their new song “End Of The Beginning” on the season finale of CSI. While it was a fun cameo appearance (with some rather horrible dialogue) today’s Rock it Out! Blog episode examines the best rock star cameos in television history. From Radiohead’s appearance on South Park to the countless musicians who’ve appeared on The Simpsons. Share your favorite in the comment section.

Other headlines covered on today’s episode include the ridiculous lineup for Riot Fest, a new album from Franz Ferdinand, how you can pay your respects to Slayer guitarist Jeff Hanneman, and another new music video from Queens of the Stone Age.

Rock it Out! Blog: "The Best Rock Star Television Cameo"