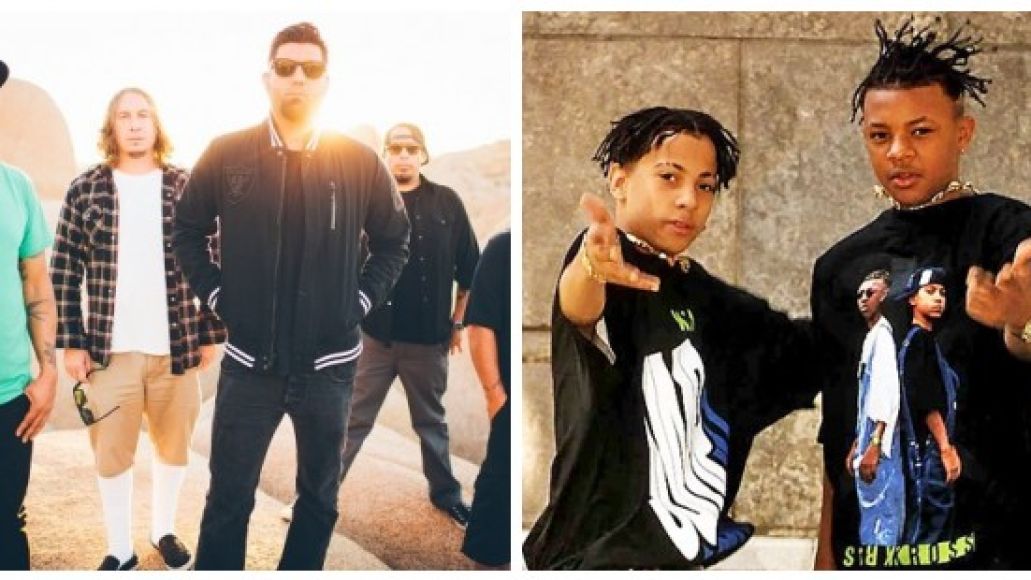 It was a sad night for those of us that grew up listening to Kris Kross, as Chris “Mac Daddy” Kelly was found dead in his Atlanta, GA from a suspected drug over. Deftones learned of his passing while performing, and paid tribute with an impromptu mash up their song “Engine No. 9” with the Kris Kross megahit “Jump”. For today’s Rock it Out! Blog episode, Sami (decked out in full backwards pants mode) wants to know what other hip-hop songs would sound good if covered by a rock or metal band. Leave your comments down below.

Other headlines covered on today’s episode include Neutral Milk Hotel’s upcoming world tour, details of Korn’s new studio album, where you can hear another new song from MGMT, and our humble opinion of the first fake line up poster for Coachella 2014.

Rock it Out! Blog: "When Rock Bands Cover Rap Songs"